In the last week, we’ve seen Latinos belittled and harassed for talking in Spanish in public. First, lawyer Aaron Schlossberg – whose New York City firm proudly offers services in Spanish – verbally attacked a Fresh Kitchen employee for addressing customers in Spanish. He threatened to call Immigration and Customs Enforcement (ICE) without knowing the person’s status and said that if Spanish speakers are going to drain resources (undocumented immigrants are not eligible for benefits, btw), “the least they can do is speak English.” A couple days later, a Border Patrol agent held two women in Havre, Montana for nearly 40 minutes after he overheard them chatting in Spanish – which, he said, “is very unheard of up here.” The two incidents both show and reinforce that in the United States, people can be a target for simply communicating in a language that isn’t English.

It’s something that I’ve braced myself for since reading that hate crimes have risen in the era of Donald Trump, but I know that if it happened to me, I might be shaken, but ultimately, I’d be OK. It’s my mom, who lives in Miami, I’m concerned about. In Miami – a place jokingly called the capital of Latin America – Spanish might as well be the official tongue. It’s spoken in schools, restaurants, hospitals, and anywhere else you can imagine. But xenophobic sentiments exist everywhere. So I grow increasingly worried that my mom, who is only fluent in Spanish, will one day be on the receiving end of racist comments for simply talking.

A border agent held two Mexican-American women in Montana for 45 mins. His reason? They were speaking Spanish.

It’s frustrating and disappointing to see videos where people are attacked for speaking Spanish, but it’s not new. People have tried extricating Spanish from our lives for decades. Back in the day, students were subject to paddlings and corner-time for speaking Spanish in school. This resulted in some either only reserving the language for homes or not teaching it to their children altogether. It robbed generations of people from being bilingual, which then brought about complicated feelings about identity. While Spanish (a language that was forced on most of Latin America) isn’t a marker of Latinidad, for some of us, it plays an important roles in our lives. For me, it’s the way I interact with my mom and a tool I use to help others who, like my mom, cannot express themselves in English. I need it to get by in my life.

But the feelings of despair are understandable, especially among our most vulnerable groups. Understandably, this will deter some from speaking Spanish publicly. But these recent ugly incidents have also spurred others to unapologetically embrace Spanish. Remezcla reached out to several people and started a discussion under #StillSpeakingSpanishYQue hashtag to learn why some refuse to give up this part of themselves in what can feel like an unwelcoming environment. Check out what they had to say below.

These responses have been lightly edited for clarity and concision.

“I speak Spanish for the times my parents and other Spanish speaking immigrants have been shamed for it. I will continue to speak Español because it is my most dangerous weapon of defiance.” -Monica Bocanegra

“I grew up speaking Spanish, and still speak it with my family. I do worry about something happening to my mom and other immigrant parents. They’ve worked too hard here, and given too much of themselves to this country to be treated that way. I know for a lot of us, the first reaction when you hear about people like Aaron Schlossberg is to become more guarded in public, and I get it. But at the same time, I refuse to be silenced. I’m not going to allow someone like him to make me a lesser version of who I am. So I’m going to keep speaking Spanish in public. Maybe even more!” -Gabe Ortíz

“Spanish is an asset to my identity that allows me to connect with more people. I don’t want the people younger than me to be afraid or to want to hide who they are so I choose to continue speaking Spanish because the US has no official language and it’s a right I have.” -Ciriac Alvarez Valle

“Because Spanish is part of who I am. I will not allow anyone to shame my truth.” -Raqueli Contreras

I will continue speaking my Spanglish in public y donde se me de la gana because it’s so important not to give in to this new normal of xenophobic attacks AND because it pisses the racists when we do ✊✊✊. #StillSpeakingSpanishYQue

#StillSpeakingSpanishYQue Because this is a free country, a country of immigrants Y estoy orgullosa de mi cultura. Let’s use this to educate racists: speaking Spanish does NOT equal undocumented or in welfare. Silence the dog whistles! #LoveTrumpsHate (Read @REMEZCLA thread) https://t.co/Gvbrw311gS

“Spanish is representative of my culture, it is the language I use to communicate with my parents and with loved ones who live in the US and in Venezuela. Thanks to the culture of fear and racism that Trump has created, now people are racially profiling and discriminating Latinos for speaking another language. A week ago the nation witnessed how a New York City lawyer threatened to call ICE on two local restaurant workers who were speaking Spanish to each other. Now, days later, the country is getting a front row seat to a border patrol officer, a government official, abusing his power, intimidating and detaining two US Citizens who spoke Spanish in what he deems is a “predominantly English-speaking” state. It is downright un-American – infuriating and appalling – for a country that has no official language to disrespect its residents and citizens who speak languages other than English. I will continue to speak Spanish at will, with family and friends. Spanish speakers throughout the country will not be silenced.” -Juan Escalante

Spanish was my first & only language until I went to Kinder. I've grown up speaking English/Spanish at school, work & everywhere else. It's part my identity. My biracial kids, 5&7, hablan español, tambien. ¡Somos orgullosamente latinos!#StillSpeakingSpanishYQue @REMEZCLA

It took me too long to fully love my Latinidad (I even used to mispronounce my last name because it made others more comfortable) so I'm not going to silence myself because of heightened xenophobia now. #StillSpeakingSpanishYQue

I speak Spanish every single day to people who understand it and people who don’t. I was raised in a home where Spanish and English coexisted as one. Spanish is a part of my identity, there’s no other way around it, and if you don’t like it, me vale. #StillSpeakingSpanishYQue

“Last year, I had an incident on the New York subway where a man told me and my friend to speak English. I was surprised because, unlike Texas, my home state, people are suppose to be more progressive in this city, but I was clearly mistaken. My mom and half of my family doesn’t speak English, and it’s important for me to keep speaking Spanish because of that. Also, as the Latinx population grows in the US, it is essential to be bilingual. Instead of hating, aprende!” -Itzel Alejandra

I was born and raised in Puerto Rico. I’m a proud boricua. Spanish feels natural, Spanish feels like home. I’m not shutting up or lowering my voice in order to comfort your ignorance and xenophobia. #StillSpeakingSpanishYQue

“Speaking my parents’ native tongue, Spanish, is dangerous in this country. In one week, racist New York attorney Aaron Schlossberg verbally attacked restaurant workers and patrons for speaking the language,  and a xenophobic Montana Border Patrol agent detained and questioned a woman and her friend, both US citizens, after overhearing them chat in Spanish. Both instances highlight the widespread stereotypes tied to Latinidad and the deep hatred for brown and Black people in the US – but speaking Spanish has long come with a risk here. It’s why my bilingual parents, who were denied services and tossed racist and ethnic slurs, ensured that I spoke English even as a child in Puerto Rico. Yet this language, which is trying to be ripped away from me almost as violently as it was forced on my ancestors in Borikén, is one of the few connections I have to their history – which I obtain through conversations with my Spanish-only speaking abuelita and abuelito or essays, poems and songs from my island’s revolutionaries. This language is what allows me to listen to my people’s cries for help and, through them, understand how imperialism, colonialism and slavery has devastated — and continues to harm — my gente and isla. While I don’t believe speaking Spanish is necessary to being Latinx, knowing the language does allow us to know more about ourselves, and that is the weapon this country fears the most and is one, among many reasons, why I will continue to speak my parents’ tongue.” -Raquel Reichard

I will speak spanish ! Sing in Spanish and will play it as loud as I can ! I dare you to tell me stop ! How about we help PR with there water and lights issues ! And stop worrying about why people are speaking Spanish?#StillSpeakingSpanishYQue pic.twitter.com/x7wLHSDz51

Finna speak Spanish all day every day porque my Mami y Abuela y Papi taught me to be proud. While they suffered from discrimination when they got to this country, they made sure they instilled pride in us, and one way they knew how is thru Spanish #StillSpeakingSpanishYQue

“Because nothing feels better than screaming ¡CARAJO!” -Andrea Gompf 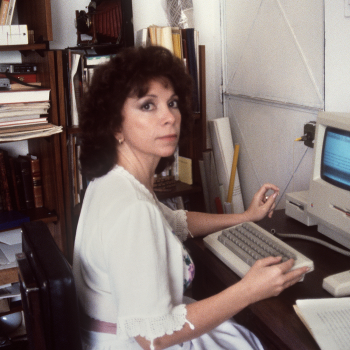