In a crowded Mexico City nightclub at a party called 01-800-Perreo Millennial, producer Chico Sonido, in cyber-inspired athletic wear, hair tied into a handful of long braids, drops “Tamos Redy,” his track featuring Chilean reggaeton singer Tomasa Del Real. The track, originally released in 2016, is off his new album Club Redy, and upon hearing it, the crowd heaves. Born Jose Rosas, the producer shot the video for “Tamos Redy” with director Enciclopedia Color on a local rooftop. The CDMX crowd knows the words like a motto: “Terrible redy/Soy del futuro/Reggaeton oscuro/Cuello culo culo.” Producer BrunOG is next up on the night’s lineup and has a second to analyze Chico’s distinctive sound. “It’s reggaeton libre,” he reflects. “No rules.”

That lack of convention is a cardinal aspect of Chico Sonido’s career. The rogue producer is originally from Ciudad Obregón, the second largest city in the Mexican state of Sonora. He grew up listening to rancheras and banda, later watching movimiento alterado take hold among his peers. A member of Monterrey’s wildly innovative tribal guarachero scene, which launched 3Ball MTY, Rosas subsequently moved to Los Angeles, where he became involved with the Freak City collective best known for its bootleg streetwear remixes and high-octane social scene. 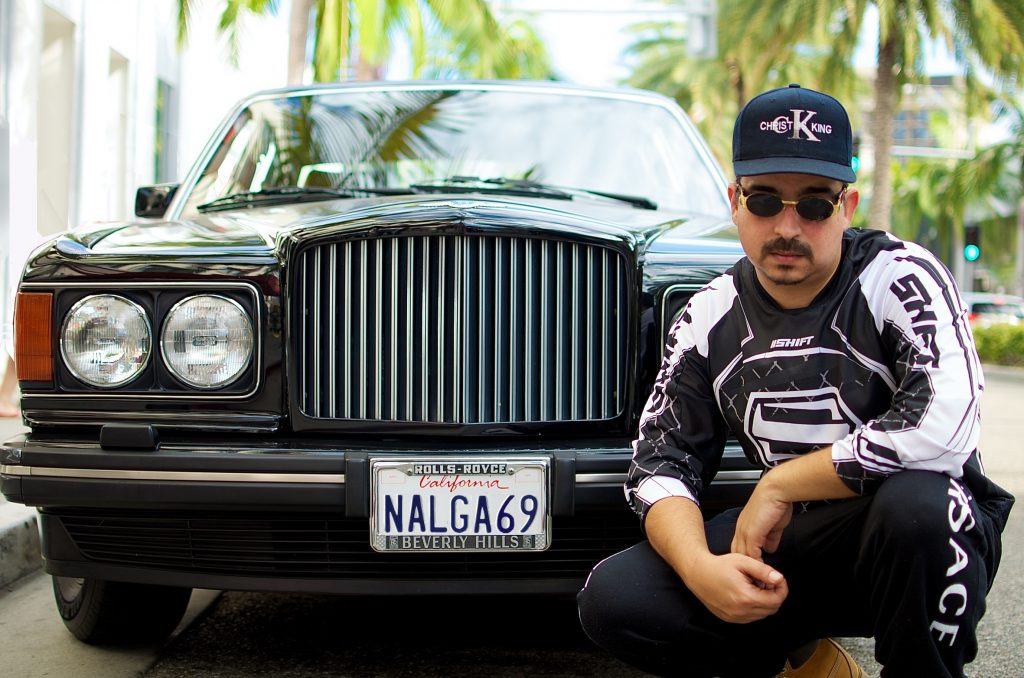 In Hollywood, Chico Sonido’s production work has swerved decisively into reggaeton. Club Redy is the culmination of these experimentations, a collection of previously unreleased material and singles that he’s put out over the last year and a half with the genre’s nascent divas. “Chupa Chupa” was recorded with Argentine-born, Spain-based artist Ms Nina, and became a club favorite when it was released in late 2015. Its girl gang-focused visuals are a celebration of the female hustler.

“Genres are kind of outdated; a 12-year-old can come up with a new music genre.”

“I’ve been through many musical phases and would like to think that it has helped me develop my own production style, learning from both the good and the bad consequences of being too weird sometimes,” says Chico. “Today I would just say I make music. Genres are kind of outdated; a 12-year-old can come up with a new music genre. Actual music is more about the experience, being about that life, living it and with some luck being at the right place at the right time.”

You see that ability to locate the musical zeitgeist on Club Redy in the way Chico linked with a global assemblage of reggaeton’s rising stars, many of them women. “There is definitely that strong female energy and reggaetonera vibe to the album,” he says. Bay Area sad girl La Favi delivers a relaxed, kinky chorus for “Todo Friki,” and that same “Tamos Redy” video features Mexico City’s DJ Rosa Pistola, who Rosas calls “the mom of this futuristic reggaeton thing.” He credits her with popularizing his songs in her sets, keeping him up to date on emergent vocalists in the Mexican scene.

With Club Redy, Rosas, a regular guest DJ at Mexico City’s Mami Slut LGBTQ perreos, appears to be gunning for reggaeton’s new generation of fans, the ones who are ready for a clear alternative to the genre’s maligned reputation for producing macho lyricists. In the video for “Atracción Fatal,” shot in Brazil, Mi$$il destroys the camera with weaponized femme looks, glittering underboob sharing the visual focus with her genderqueer backup dancers. The clip for “Tamos Redy” also had a distinctly queer, militant energy. In each clip, Rosas appears for only a couple seconds, before ceding the floor once again to his featured artists.

There’s no denying that queer is hot these days, but this focus on inclusivity seems to be more about Chico’s own self-identification, developed through a series of geographic moves that have left him feeling more like a supporting character than any one genre’s protagonist. “I’ve been a musical outcast since I was very little and never had the background to fully belong in any particular scene,” he says. In this light, Club Redy‘s reggaeton libre seems to be more about throwing a rager for the kids whose invitations to the party used to get lost in the mail.