By Isabelia Herrera
09.07.17
Photo by Itzel Alejandra Martinez for Remezcla

Jessica Hernandez is leaping across stage in flame jorts and an oversized orange T-shirt. It’s the first day of Chicago’s Ruido Fest, and the muggy heat is just starting to settle in. Next to her stand her bandmates The Deltas, who flip between plucking electric guitars and scraping the güira. Later, under the shadowy cool of the press tent, we joke about how her outfit resembles a flaming hot cheeto, and a warm laugh tumbles from her lips.

This playfulness isn’t quite what you’d expect from Hernandez, whose bilingual double album Telephone/Teléfono oozes gritty angst. The project, which dropped in June, zooms between bluesy malaise and punk rebellion, Hernandez’s voice evoking the smoky soul of Amy Winehouse and yodeled wails of Gwen Stefani. In between sips of water, Hernandez is vivacious and cheeky; she quips that the power pantsuits in the music video for “Run Too Far” resemble “sexy used car salesmen.” 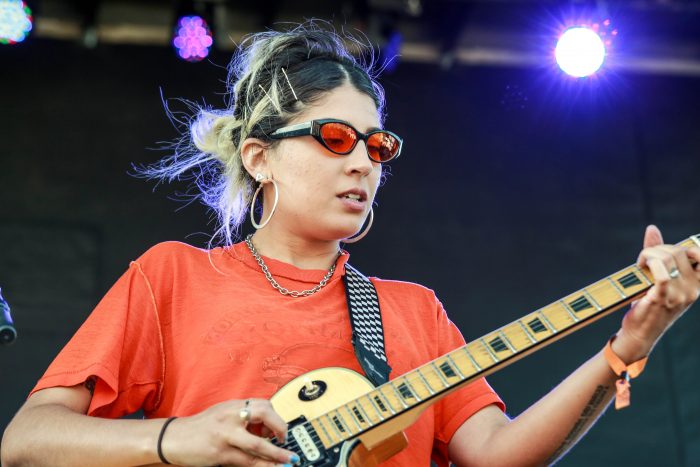 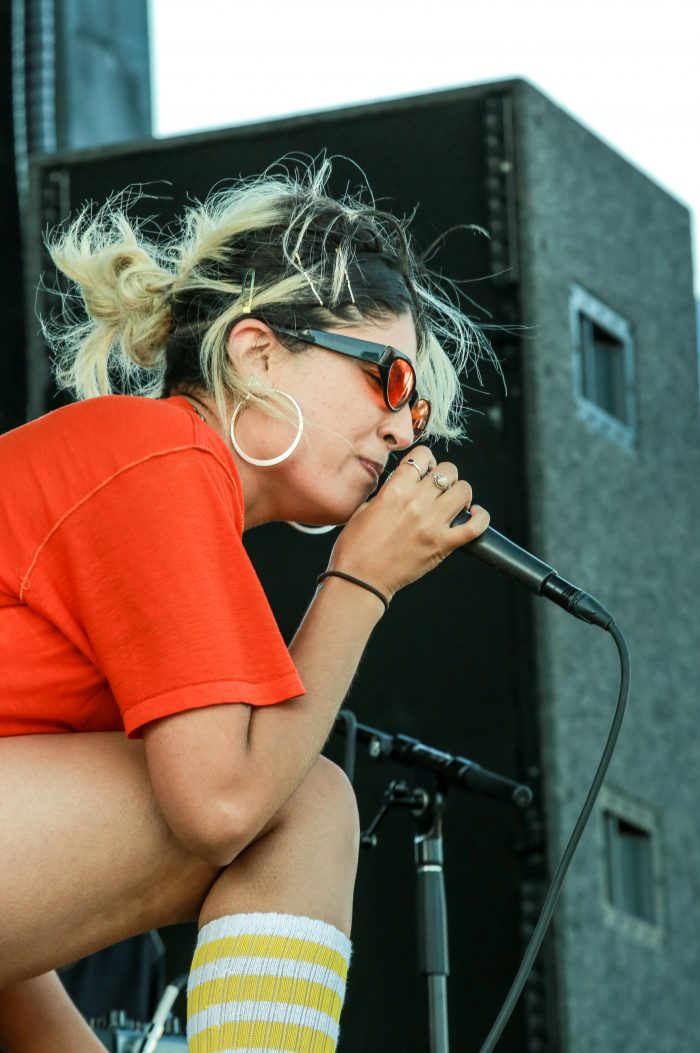 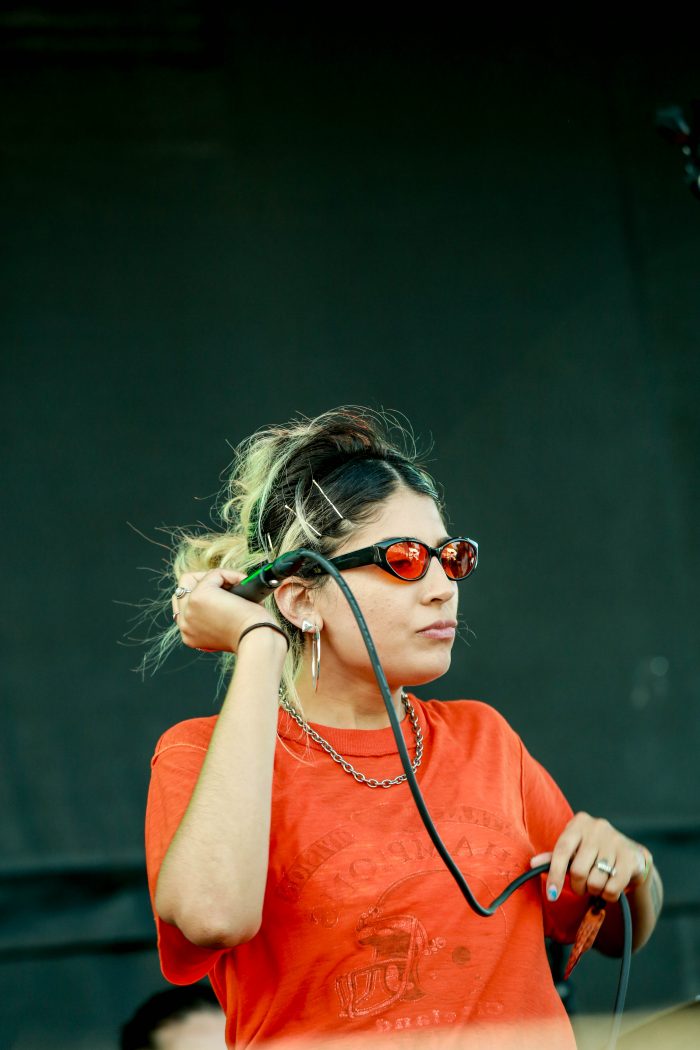 All jokes aside, Hernandez is a seasoned force in Detroit’s music scene. The vocalist was raised on the predominantly Latino Southwest side of the city, to a Cuban restaurant owner and Mexican mother, feeding on everything from Motown soul to Motor City garage rock. The band’s 2014 debut Secret Evil garnered them praise from critics and fans alike, no doubt boosting their hometown hero status and steering them towards the sophistication of Telephone/Teléfono.

At 20 tracks, Telephone/Teléfono recalls the 2000s pop tradition of bilingual double albums. But unlike Anglo culture vultures who continue to mine Latinidad for profit, Hernandez embarked on the translation process to reconnect with her Mexican roots; she traveled to Mexico City to record the Spanish-language version of the album over several rounds of immersive trips. It was a tricky back-and-forth experiment in capturing the mood of the English tracks in Spanish, a commendable effort that Hernandez pulls off masterfully.

The album is also a nod to the longstanding tradition of rock en español. There’s no doubt that rock en español is reaching maturity, with many bands focusing their energies on nostalgia tours and lukewarm singles intended to maximize sales. Only a handful of acts continue to breathe life into the genre, and you can count Jessica Hernandez & the Deltas as one of them. Their brand of so-called “punk cabaret” represents a welcome reinvigoration of rock en español, ushering Hernandez into conversation with Latin American peers and further proving that these days, women own rock music.

We spoke to Hernandez about navigating her Cuban-Mexican background, the ever-challenging translation process, and finding her own vocal identity.

On Reconnecting With Her Mexican Roots

I feel like our household was primarily Cuban. We were eating Cuban food and my dad was smoking Cuban cigars and listening to Cuban music and rocking the guayabera.

“I can change people’s minds in a positive way or just give people a positive source.”

I’ve never felt detached from my Cuban identity, really, just because my dad was born there and my grandmother was Cuban. She’s been teaching me how to cook Cuban cuisine since I was really little and that’s just been a huge part of my growing up. I feel like the Mexican side – it’s almost like I was missing it a little bit, you know? My mom doesn’t speak Spanish. She didn’t grow up speaking Spanish; she grew up in Detroit. So it was like, everything I learned from Latin culture was from my Cuban side, so it definitely played a part in me wanting to tap into that and go to Mexico City. Once I went there, I felt like this whole other part of me opened up. I was like, “Oh my god, this whole other side of me was missing for so long.”

It just made me a better musician: a better singer, a better songwriter. Having to translate the lyrics makes you look at your lyrical content differently, when you have to dissect it that way. Because something you can say in English – there’s not really a translation, especially if you’re using metaphors or you’re using weird analogies. You can’t use that in Spanish. So dissecting each thing like, “Well, what am I trying to get across?” It really forces you to look at yourself and what you’re writing about. It definitely changed my writing style a little bit. 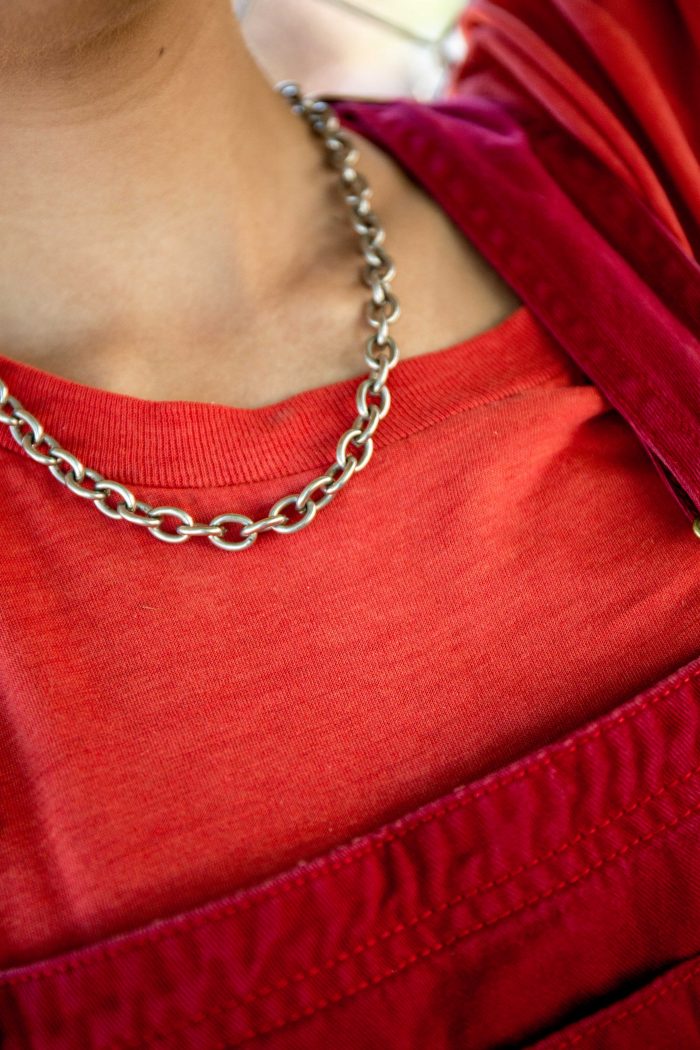 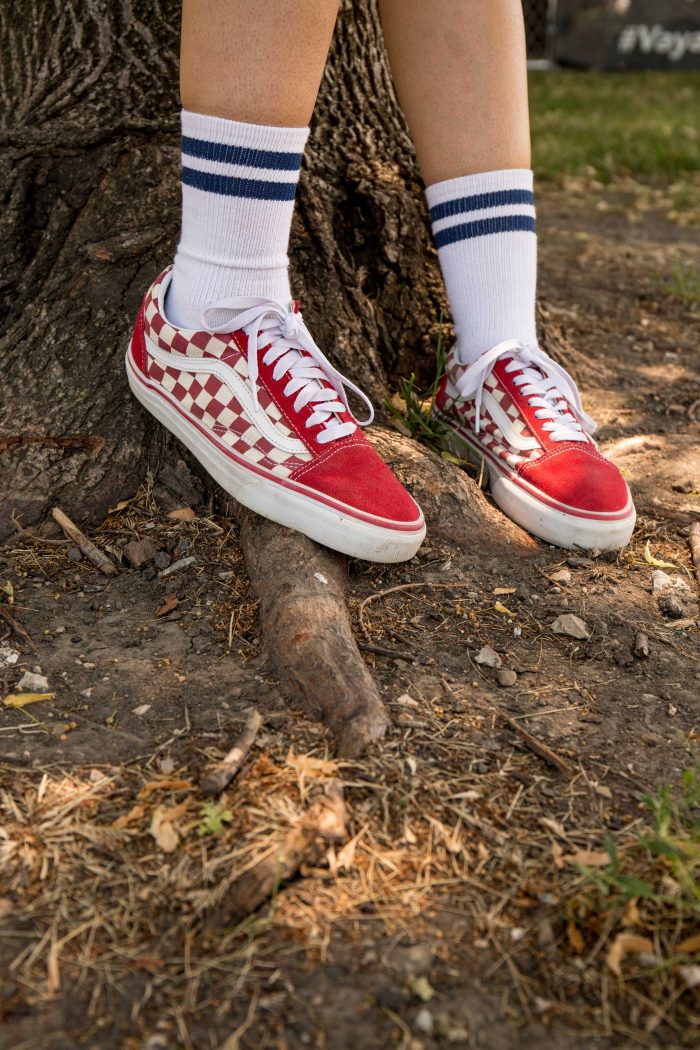 On Recording in Spanish As a Sign of Respect

There’s a difference between doing it for – you know, trying to reconnect, and trying to better yourself and extend an olive branch to people you want to feel connected to, and there’s another part that could be for personal gain, or just doing it to broaden an audience, which is not really the reason I wanted to do it.

“Once I went to Mexico City, I felt like this whole other part of me opened up.”

On How She Developed Her Vocal Identity

I’ve always been a fan of really strong singer-songwriters who have very distinct voices. I grew up really liking Tom Waits. I like people who are animated and their [stage] performances match their vocal performances, if that makes any sense. You’re watching the theatrics of it with the vocals – like him and Nick Cave, and I always really liked Dolly Parton. When I was younger, the people who really got me into singing were all the vocal powerhouses; you have Whitney Houston and Selena, and these women whose voices were bigger than anything.

On Confronting Trump Supporters on Tour

It’s weird for me because sometimes we’ll see someone in the audience that has a Trump hat. You definitely get that initial instinct where you want to call them out and be like, “What the fuck?” But then also there’s this other side of me that’s like, “OK, you know what? If this guy can sit through this show of Jessica Hernandez and the Deltas and listen to me singing in Spanish for half my set, maybe he’ll go home and be like, ‘Oh, that was cool.’” Obviously there’s anger and frustration, but then there’s this other side of me that’s like, I can change people’s minds in a positive way or just give people a positive source.

Jessica Hernandez & The Deltas’ Telephone/Teléfono is out now on Instant Records. Check out the band on one of their headlining tour dates here.