By Marcos Hassan
10.06.17
Tayhana. Courtesy of the artist

San Luis Potosí’s WIRD Festival is here to prove that there’s still excitement in producing a different kind of festival. WIRD doesn’t rely on big names or ultra trendy artists to draw crowds; instead, organizers offer an eclectic lineup of the best underground acts, geared towards locals and anyone willing to travel for a 10-hour rager.

San Luis Potosí is known for its massive manufacturing industry, and is a major economic force in Mexico. But the metropolis’ economic importance doesn’t necessarily translate into cultural currency, as the outlets for artistic expression remain limited. The crew behind WIRD are on a mission to change this.

After skipping one edition, the festival has picked up where it left off, reflected in a lineup that includes NAAFI affiliates Tayhana and Oly, emo revivalists No Somos Marineros, deathrock newcomers Espejo Convexo, and young Argentine singer-songwriter Luca Bocci, among others. The festival will also host rapper Antwon and noise-techno project Container in addition to other international acts.

We spoke with festival director Vladimir Zamarripa about building a creative enterprise in San Luis Potosí, and what to expect from WIRD this year.

How did the festival start?
We started seven years ago. Techno, house, and drum n’ bass dominated underground nightlife, and there’s always been a punk scene, but there was nothing risky. [The team behind WIRD] love a lot of things; we can see a rock band and then afterwards dance to reggaeton, hip-hop, and pop. We wanted to do something like that. Little by little, we generated an audience, from 30 or 50 to 180 people. The platform has been this web of complicity between friends, people who share the same interests. We’re in this process of constantly becoming more professional. We’re becoming a DIY industry.

What is the biggest challenge you face in putting on this festival?
The idea is to generate an experience. San Luis is tough, because we don’t have media representation for alternative music, so we redirect our efforts to social media. We try to convince people that it’s worth it coming to the show, and a big part is that there’s a “music discovery” aspect with the festival; that’s our selling point. For example, Marie Davidson’s first international show was here, and last year she played a ton of bigger festivals and her album ended up on many year-end lists.

You’re donating a third of the proceeds to earthquake relief efforts; what inspired you to do this?
We’ve always had an altruistic bent. The first year, we donated personal hygiene products to La Casa del Migrante, which helps Central American immigrants. The second year we supported [Estancia Para El] Perro Abandonado Santa Martha. By having donations, the festival has a different impact. That’s the spirit of the festival, to be supportive of the community, and during this time of need our country is going through, we try to provide a little help.

What are your expectations for WIRD this year?
A music festival is not just about having a good time. It also has relevant sociopolitical implications. In the middle of this shitshow, we find a space to come together. I like to think about the festival as a place where many creative initiatives can come together, even if they have little to do with each other, so that people know what creatives are doing outside the cultural capitals of the country. 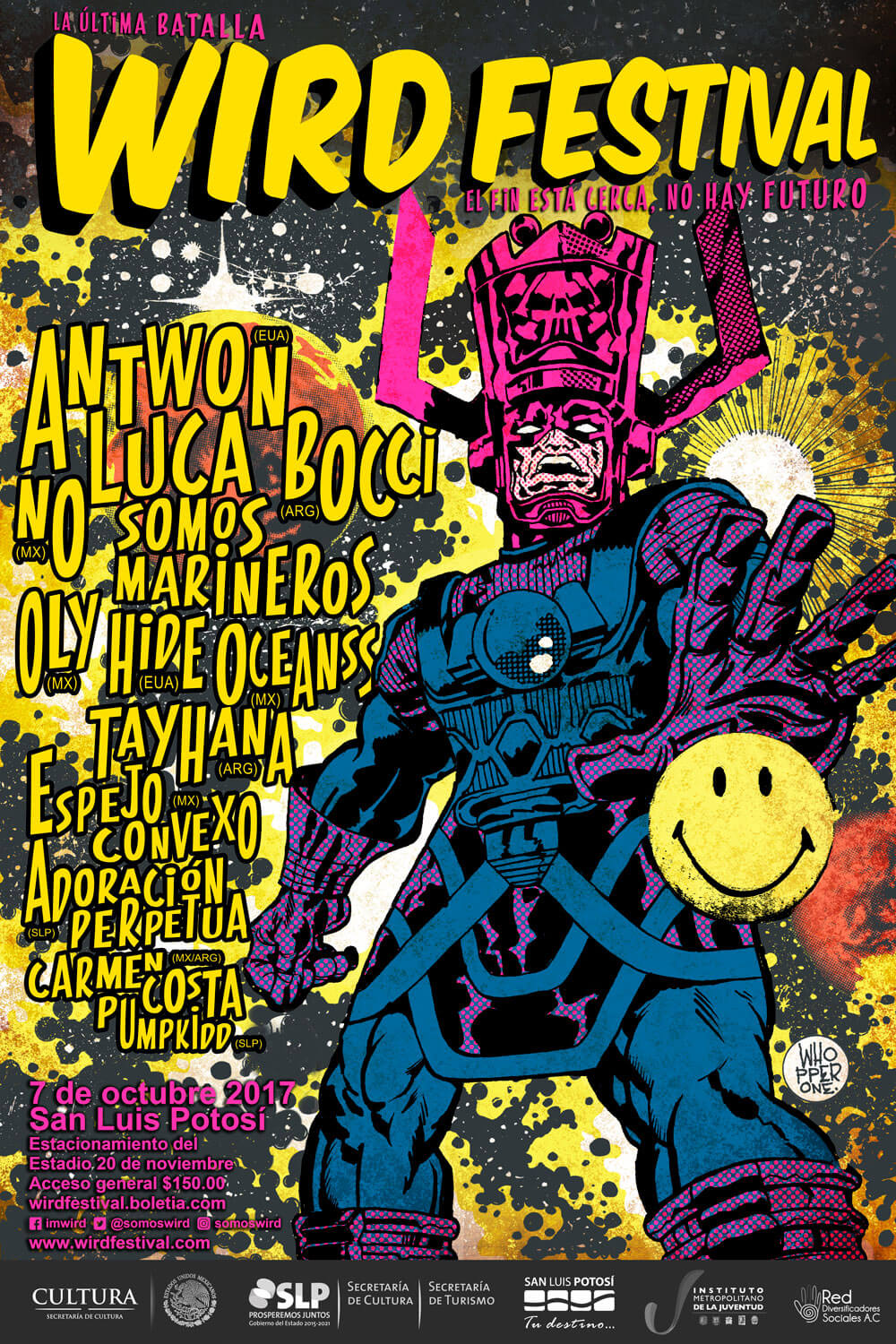 WIRD Festival takes place on Saturday, October 7 at the Estadio 20 de Noviembre parking lot. A third of the proceeds will benefit earthquake relief efforts. For more information and to purchase tickets, head over to the WIRD website.