Why Underdog Beto O’Rourke Will Unseat Senator Ted Cruz, According to Texas Latinos 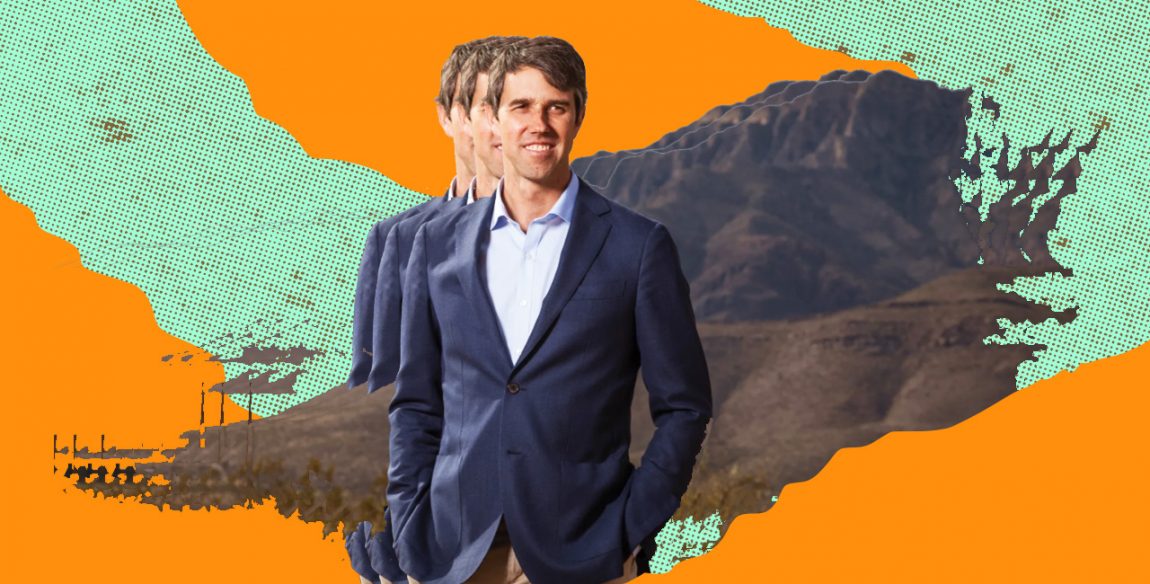 A new era in Texas politics could be on the horizon. As US Senator Ted Cruz seeks re-election, Beto O’Rourke – his relatively unknown Democratic opponent from El Paso – is leading an unprecedented grassroots campaign and drawing supporters from all walks of life, including some who have never voted outside of the Republican party.

For many Latinos in Texas, Cruz is synonymous with many of the ideals that President Donald Trump upholds. They believe the Cuban-American politician is anti-Latino and a traitor for opposing an open border and more flexible immigration laws. They’ve seen loved ones suffer the consequences of what they see as harsh immigration policies that result in families torn apart and communities afraid of being deported in a moment’s notice.

Very cool meeting Randi Saenz, debate champ at Three Rivers H.S. She has offered to be my debate coach in this election.

O’Rourke, who currently serves as the US Rep in Texas’ 16th Congressional District – is using social media and making himself accessible through town halls in virtually every Texas precinct to draw people to his cause. He has rejected all donations from political action committees, a decision that many skeptics believe is political suicide. Still, he has raised triple the amount that Cruz has this year so far, according to Business Insider – making it the most any Democrat running for Senate has raised in Texas in 16 years. End Citizens United, a reputable campaign finance reform advocacy group, attributes his success to a growing distaste among voters for the traditional, status quo politician.

Some have accused the 45-year-old candidate of using a Spanish nickname as a way to draw Latino voters. However, his Latino supporters vehemently oppose the allegation saying he has used the same nickname his entire life and is fully fluent in Spanish. His El Paso roots, they say, have equipped him with a respect and intimate knowledge of Latino culture many politicians lack.

During early voting, Texas Democrats determined to turn their state blue – or at least purple – showed up in droves. Vox reported that Democratic turnout for the midterm election primaries rose by 90 percent, compared to the 2014 midterm elections, and has also surpassed the 2016 presidential election levels.

Primary elections take place on Tuesday. The result will determine the frontrunners for all 36 Congressional seats, the governor’s office, and the US Senate seat O’Rourke and Cruz are vying for. Cruz told his supporters he expects Democrats “will crawl over broken glass in November to vote,” a reality that should concern Republicans.

While there’s no concrete data on O’Rourke’s Latino following, his supporters said those who show up at town halls are noticeably white – something they hope to change. But in speaking with Latino voters, we found fervent O’Rourke supporters. Here’s why four activists believe an Irish-American can unseat Cruz this year.

Growing up in Dallas, Soraya Colli never thought of her ethnicity as a good or bad thing until Trump ran for office and referred to Mexicans as “rapists” and “criminals.” The comments made her feel like a stranger in her own country for the first time, and she became determined to change the narrative. She founded the Latinos for Beto Facebook page soon after O’Rourke announced his candidacy to empower his campaign and the Latino voter.

“I think if Latinos voted in the numbers they could, it would be game over for Republicans,” Soraya says, adding that he shows empathy for diverse cultures. “He wants to make sure the immigration system encourages family reunification. Right now, we have such a problem with deportation and families being torn apart. There has to be another way, and Beto has expressed ideas that manages to protect our border without militarization and still enhance and empower our country.”

She predicts O’Rourke will sweep the primaries, and if she’s right, then that’s when the real work begins.

El Paso native Andrés López believes that O’Rourke will fight for everyone, especially Latinos, and that his outreach of all demographics isn’t just for show. Andrés sees O’Rourke as a once-in-a-generation US senatorial candidate who’s the “rare fusion of inborn political talent” and seeks “genuine goodwill” for all. He says O’Rourke has a heart of an idealist but the intellect of a pragmatic, which could mean great things at the voting polls.

He drew deep parallels between the one-time city councilman and US Senator Ralph Yarborough of Texas, both of whom show commitment to civil rights causes, seek to represent Texas from all backgrounds and have strong ties to El Paso.

Note: Andrés López has worked with O’Rourke’s campaign but speaks solely as a constituent in this interview. He is not authorized to speak on behalf of the campaign.

Summer is a proud Chicana and passionate supporter of O’Rourke because he stands for everything she does. He opposes putting more money into a border wall because he views it as an economic burden. He supports healthcare for all and a clean DREAM Act.

“I’ve met Beto in person and he carries a really warm energy,” she says. “He comes to all of these town halls. He’s very charismatic and able to get everyone on board with him. He’s very approachable. His mannerisms are very kind and welcoming, and I never see him offended or angry.”

Most of all, whether he’s campaigning in east or west Texas, in Dallas or San Antonio, she sees him creating unity among Texans instead of negativity and division – something she believes is sorely needed in her state.

“If he could take Cruz’s place and represent the huge heart of Texas, I think he could really change the political narrative,” she says.

Tzatzil grew up in Mexico, but moved to the United States at a young age. Once Trump became president, she no longer held the presidential office with the same esteem she once did. It pushed her to switch careers to dedicate herself to political activism. She rolled up her sleeves and began working to get more Latinos to vote and show support for candidates like O’Rourke. She is precinct chair in Travis County, which includes Austin, and she volunteers for the grassroots group, Austin for Beto.

“He was the first American politician who spoke about Mexico, Mexicans and Mexican culture in such a positive way and he really won me over,” she says. “He’s in El Paso and really understands my people and my culture and appreciates it. It didn’t sound like political talk.” 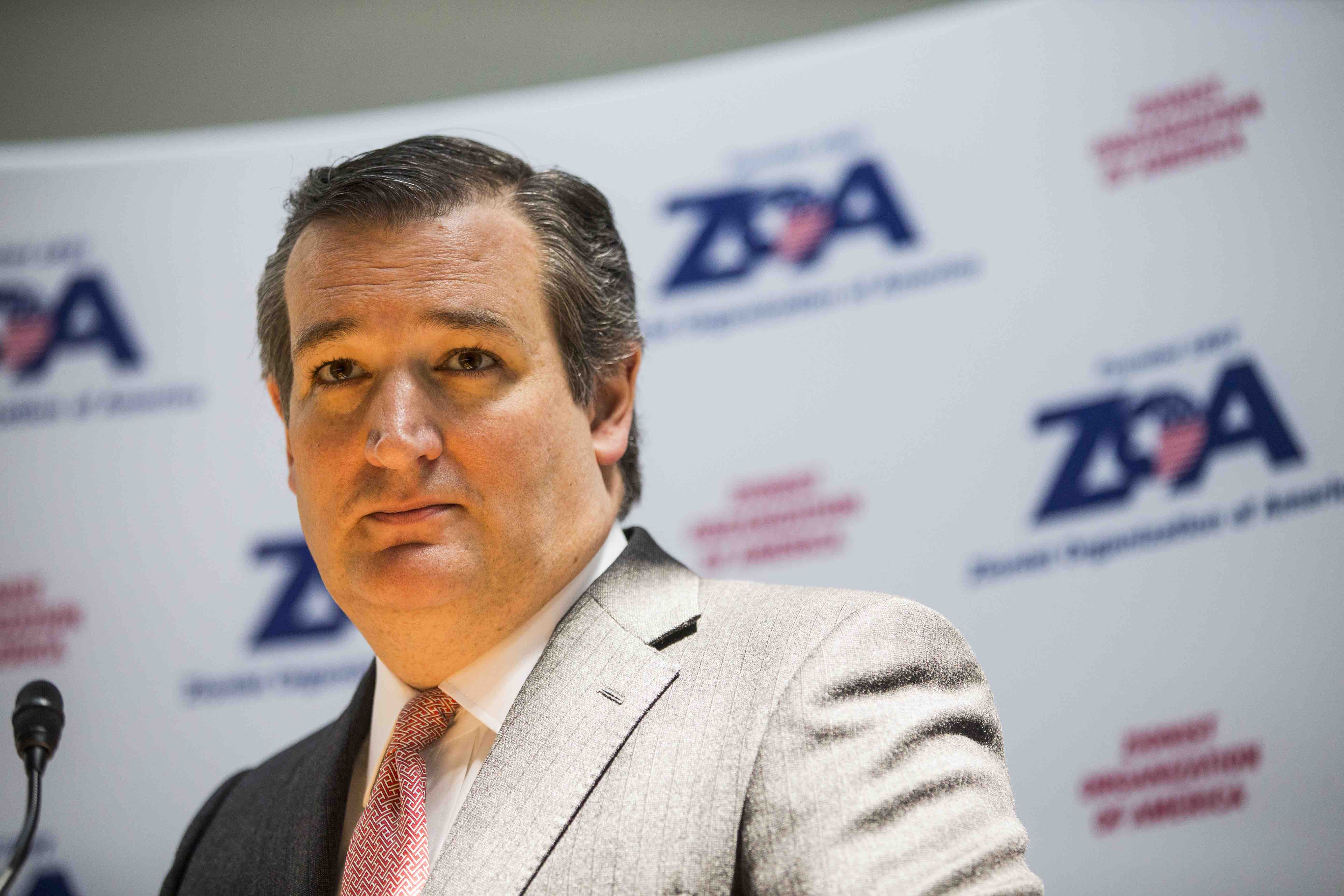 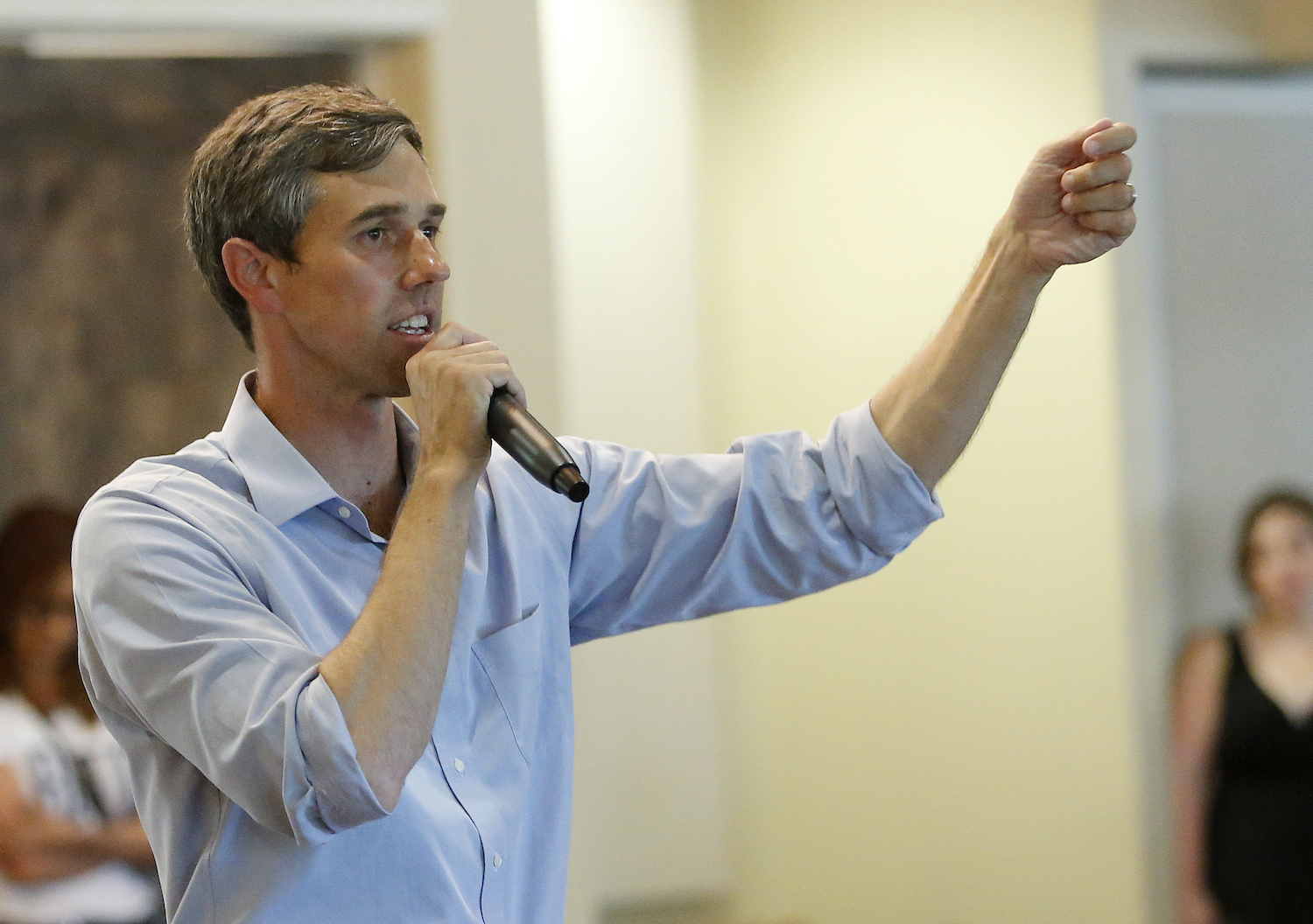 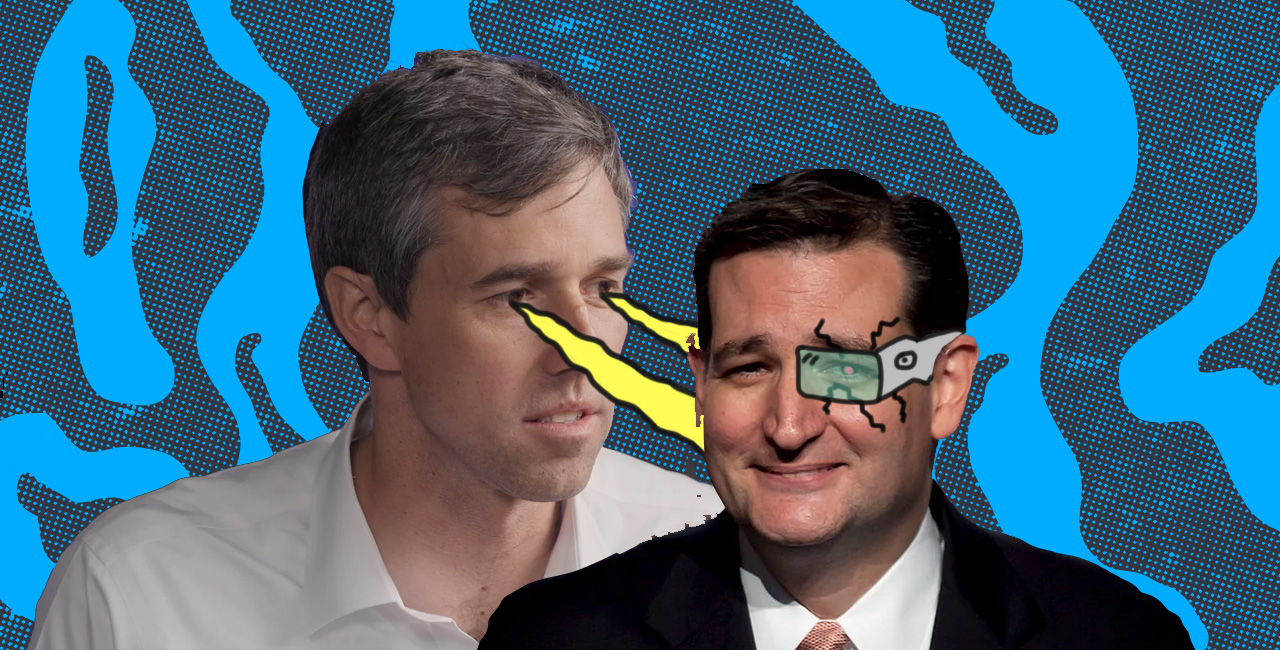 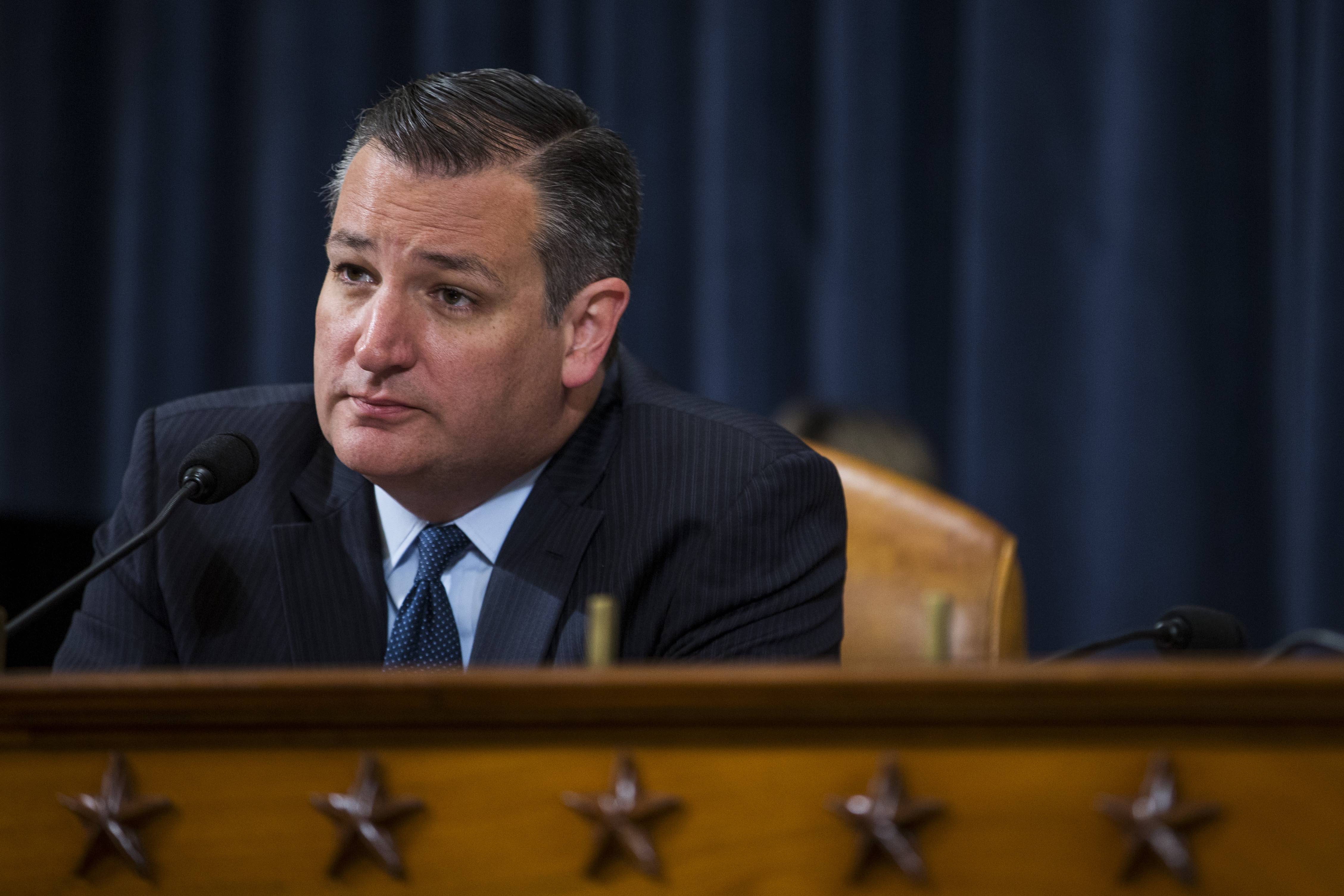