It’s the end of an era for New York City’s Latino indie community, as local Boricua darlings Buscabulla have decided to return to their beloved Puerto Rico for an indefinite stay. The departure comes as a blow to fans, as the band has become synonymous with the Latino presence in Brooklyn’s indie scene. To celebrate their tremendous NYC run, and as a final hurrah for the time being, Buscabulla is teaming up with Cult Records for one of their monthly Cult Citizen showcases at Elsewhere on January 31.

“We’ve been living here for almost 10 years and a big part of [our decision] was feeling homesick,” Buscabulla tells Remezcla via e-mail. On top of the creative and personal challenges posed by parenthood and the incessant grind of NYC living, they also concede that “so much of this project is about our connection to PR and our longing to feel at home.” The band is taking this opportunity of a slower life and creative rejuvenation to work on their forthcoming debut album, teasing potential new releases later this year. “We are also pretty stoked to play Coachella in April (that’s just surreal),” they add, and they’re “excited to visit Colombia for the first time, where we will be playing Estéreo Picnic in Bogotá.”

The farewell show will double as a benefit for PRIMA Fund, an organization geared towards helping independent Puerto Rican artists and musicians recover from the disastrous aftermath of Hurricane María, with 80 percent of the proceeds going towards the fund. The evening’s line-up is fleshed out by DC/Brooklyn synth pop act Prinze George and longtime Buscabulla guitarist and synth player Bairoa. The benefit show will be Bairoa’s first New York performance since the release of his funky debut EP Barlovento, an emotional landmark for the band. “It’s a project which we’ve seen being conceived and birthed right in front of us,” they write, “and we really couldn’t be prouder to see it flourishing at last.”

Buscabulla’s farewell show takes place Wednesday, January 31 at Elsewhere in Brooklyn. Check out the flyer below, and to purchase tickets, click here. 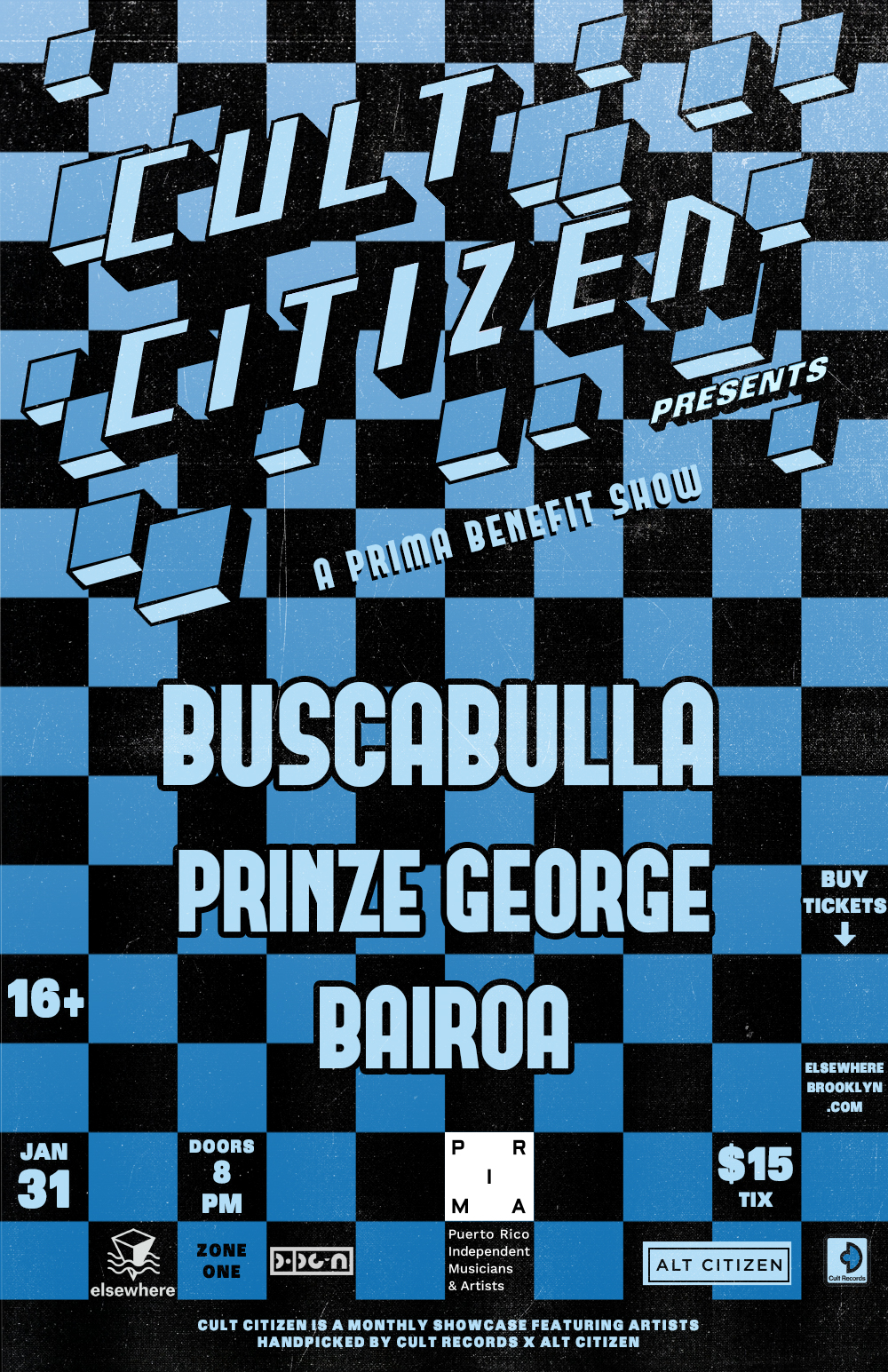