Cardi B has never been one to shy away from politics, whether it’s questioning the government’s tax policy, debating gun control measures, or denouncing racism in the NFL. Her latest cause is the government shutdown, which continues to drag on over the Trump administration’s border wall debate. On Instagram, the Bronx-born rapper posted a video criticizing Trump’s call for federal employees to return to work without pay.

“I just want to remind y’all because it’s been a little over three weeks…Trump is now ordering federal government workers to go back to work without getting paid. Now I don’t want to hear y’all motherfuckers talking about ‘Oh, but Obama shut down the government for 17 days.’ Yeah, bitch, for healthcare so your grandma could check her blood pressure and you bitches can go check your pussy at the gynecologist with no motherfucking problem,” she said. “Now, I know a lot of y’all don’t care because y’all don’t work for the government or y’all probably have a job. This shit is really fucking serious, bro, this shit is crazy,” she declared.

“Our country is in a hellhole right now. We really need to take this serious,” she elaborated. “I feel like we need to take some kind of action. I don’t know what type of action, bitch, because this is not what I do. Bitch, I’m scared. This is crazy and I really feel bad for these people who gotta go to fucking work to not get motherfucking paid.”

The drama has even reached Congress; on Twitter, Democratic senators are debating whether or not they should endorse Cardi’s expletive-laced video, even though it already has more than 10 million views.

“(Trying to decide whether or not to retweet the Cardi B video),” wrote Senator Brian Schatz of Hawaii. “Omg, I had the same argument with myself 30 minutes ago!” Senator Chris Murphy replied. “Ok you do it. And say retweets are not endorsements, especially the language, and I will retweet,” Schatz responded. “DHYB,” Murphy wrote, using the abbreviation for “Don’t hold your breath.” “I had to google that. Fair enough,” Schatz said. “See you tomorrow Murph.”

Even Senator Chuck Schumer joined the Twitter conversation. “Guys, I’m still holding my breath. Are you gonna RT Cardi B or not?” he asked.

Watch Cardi’s video and read the whole exchange between senators below. Yes, this is our world in 2019.

I know a lot of ya do r watch the news so I’m letting ya know shit getting real …..I ain’t going to say nothing much tho I don’t want mofos to off me…..ANYWAYS TWERK VIDEO OUT NOW 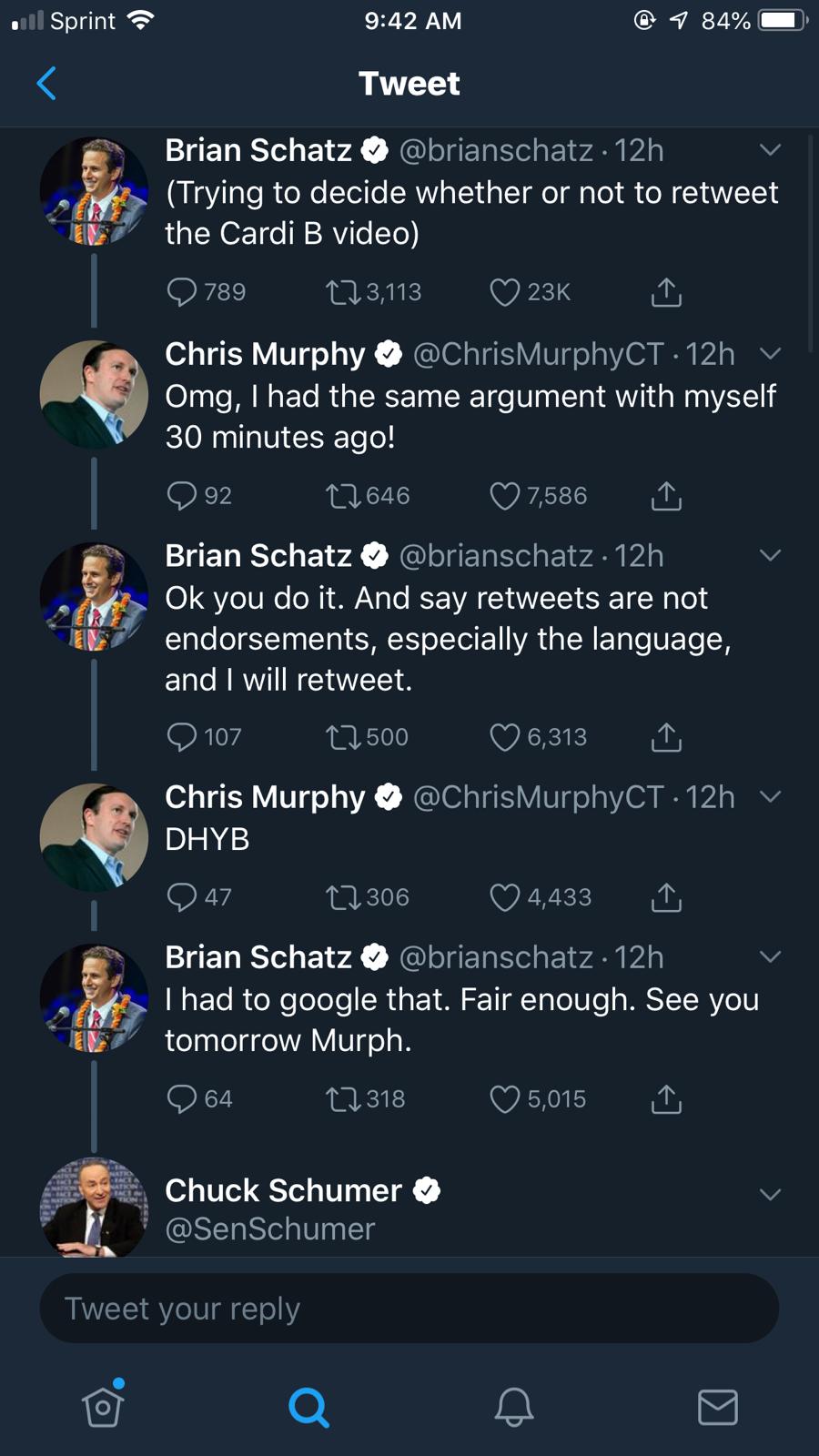 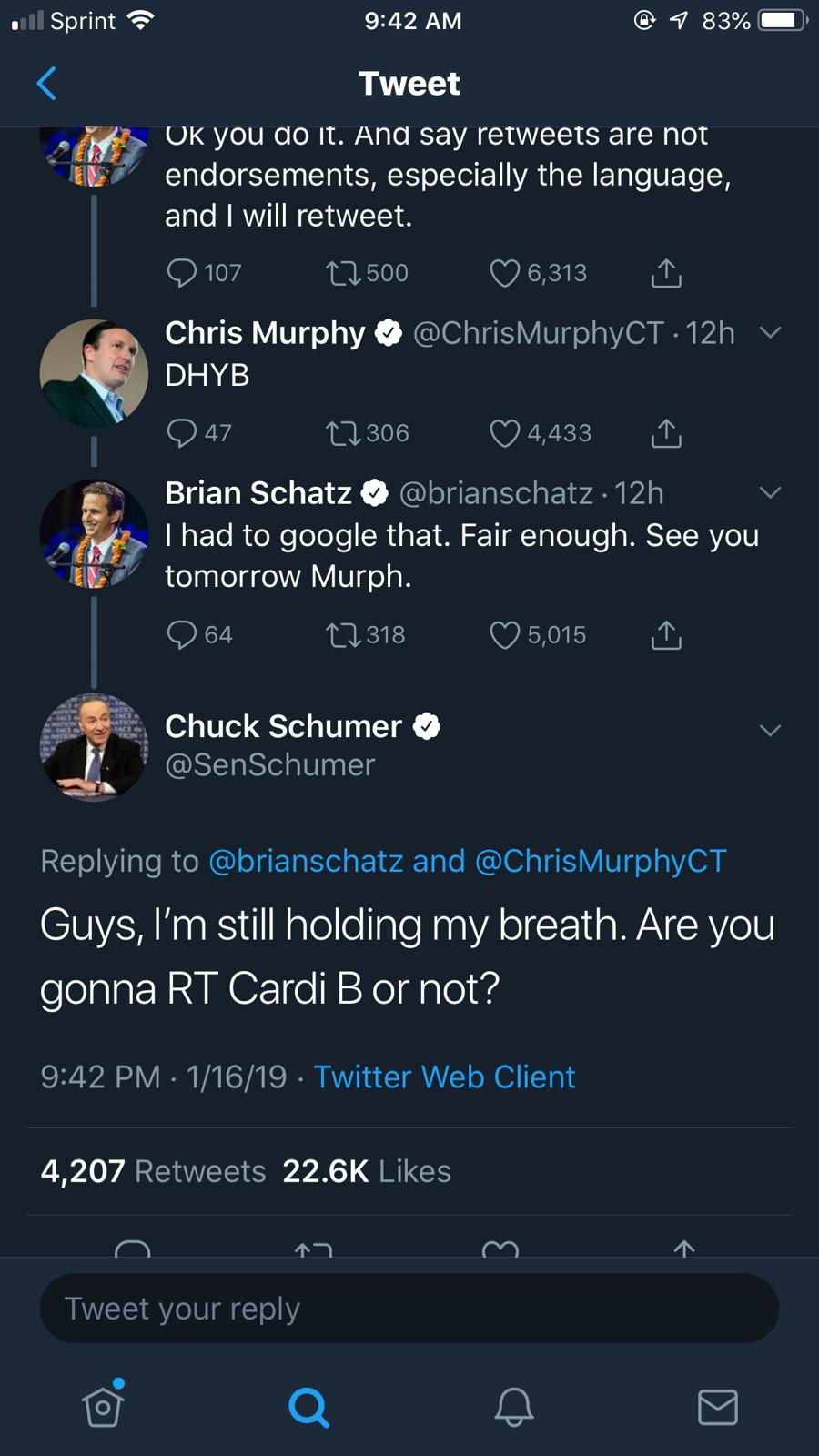