Cardi B’s “I Like It” Ft. Bad Bunny & J Balvin is the Most Streamed Song on Her New Album Right Now

By Isabelia Herrera
04.09.18 at 3:16 pm
Lead Photo: Cardi B performs onstage during the 2018 iHeartRadio Music Awards which broadcasted live on TBS, TNT, and truTV at The Forum on March 11, 2018 in Inglewood, California. Photo by Christopher Polk/Getty Images for iHeartMedia

It’s been three days since Cardi B’s major label debut Invasion of Privacy was unveiled, and the album is already being hailed as a career-defining moment for the Bronx rapper. With its wildly quotable lyrics and defiant realness, the album exposes Cardi B’s many complex selves. That’s why it should come as no surprise that the project came along with a collaboration featuring reggaeton and Latin trap superstars Bad Bunny and J Balvin, whose chart dominance serves as a fitting complement for Cardi’s career glo up. “I Like It,” which samples Pete Rodriguez’s boogaloo classic “I Like It Like That,” represents an epic crossover moment, as it finds three of the biggest Latinx artists in the music industry joining forces for one of the most highly anticipated albums of 2018.

Some fans seem to agree the moment is major: today, representatives from both Apple Music and Spotify confirm that “I Like It” is currently the most streamed song from Invasion of Privacy worldwide. It sits at no. 9 on the United States Top 50 chart on Spotify, no. 31 on the Global Top 50 Chart on Spotify, and takes the no. 2 spot on Apple Music’s U.S. chart, beating out the Migos link-up and recent single “Drip.” 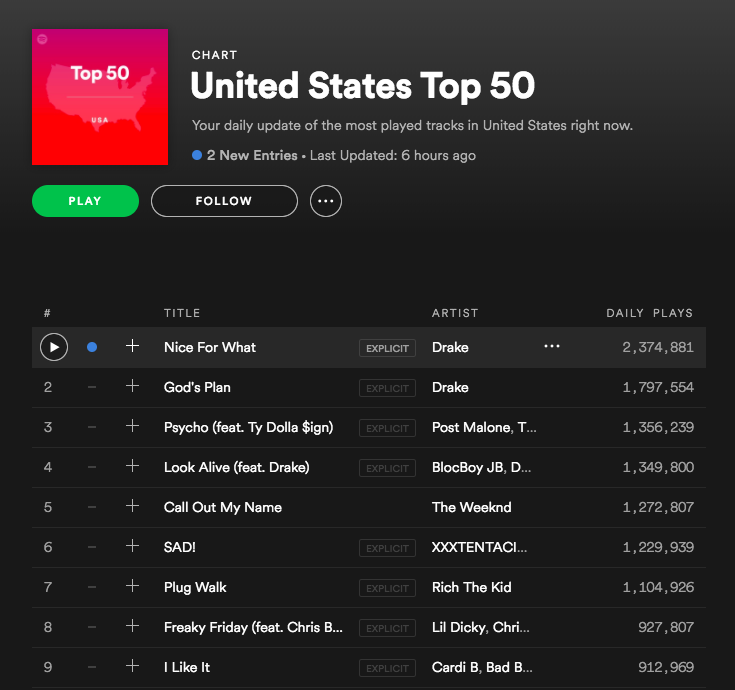 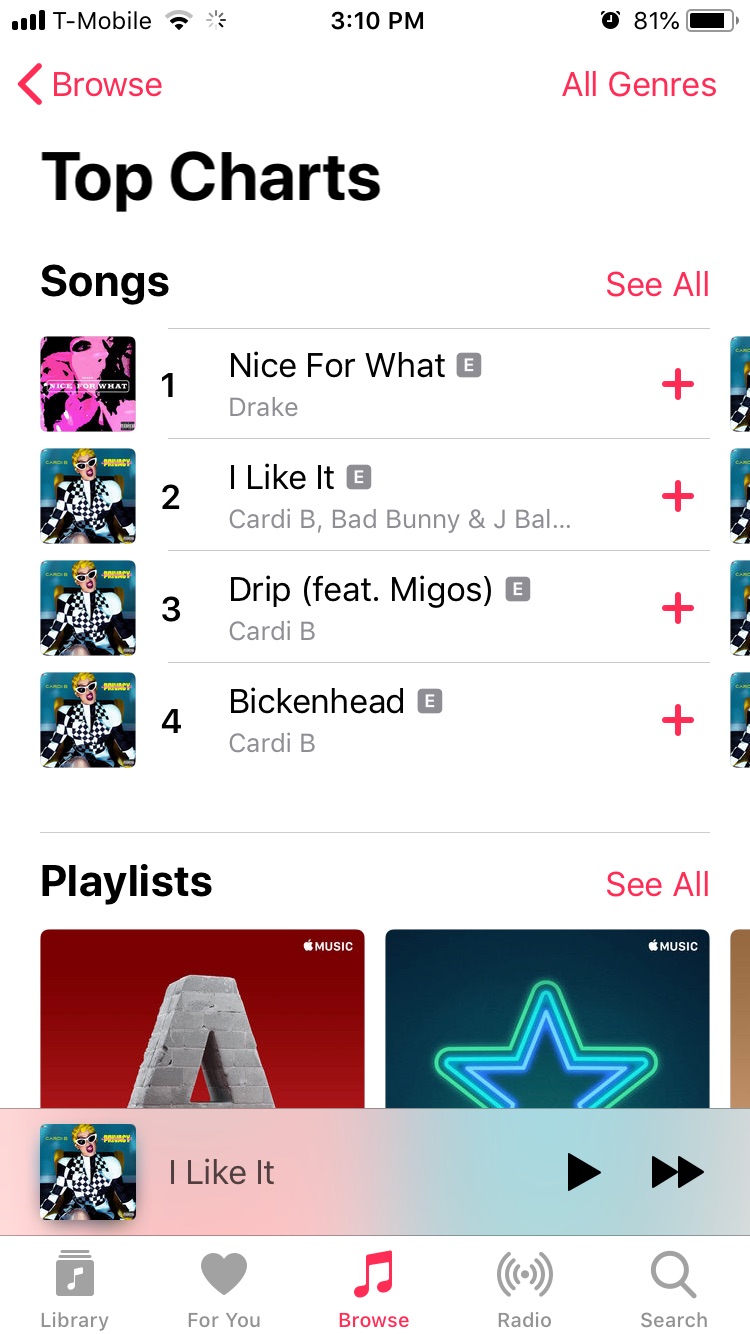 It’s too early to tell how the track will fare when Billboard chart data becomes available next week, but its early success points to the influence that a bilingual collaboration between cross-market powerhouses has. Both El Conejo Malo and J Balvin have a history of shattering streaming records (just two weeks ago, the Colombian reggaetonero was named YouTube’s most watched artist for the week of March 9 to March 15), so their appearance on Invasion of Privacy seems like a natural and savvy curation choice from Cardi.

And as BuzzFeed reported last year, listeners are increasingly shaping the way radio personnel make decisions about airplay, so it will be interesting to see if “I Like It” outperforms some of the album’s other singles and gets love from both general market and Latin radio. The track is facing some online criticism for its stereotypical lyrics about Latinidad (i.e. “Spicy mami, hot tamale”), so we’ll be keeping an eye on the song’s success as fans continue to digest the album.