In Now-Deleted Tweets, Cardi B Alleges She Was Put in a Chokehold by NYPD

Cardi B is gearing up for her explosive single “Bodak Yellow” to go no. 1 on the Billboard Hot 100 next week, but in the midst of the excitement, the Bronx rapper says has been involved in a violent police encounter.

Last night, the Bronx rapper tweeted that she’d been placed in a chokehold by a member of the New York Police Department. “I can’t believe this cop put me on a choke hole just now shit is crazy these NY cops don’t know how to do they job FUCK 12,” she wrote, though the tweets were deleted shortly after. 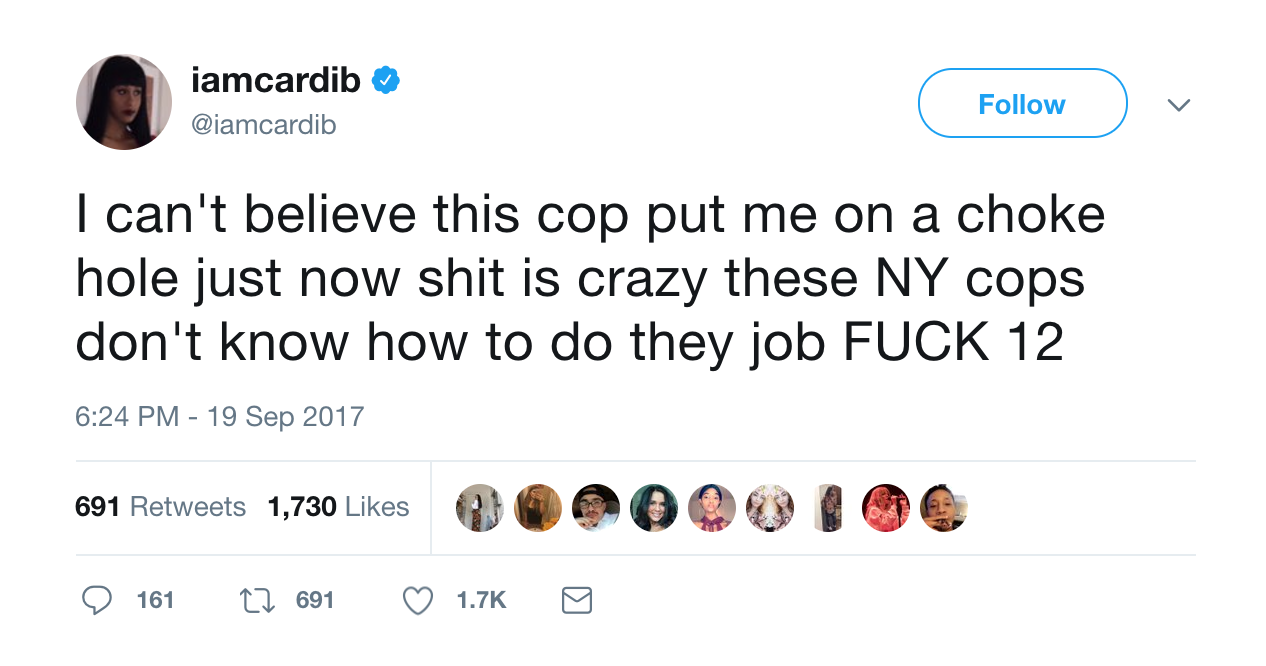 On Twitter, a fan asked if the cop was white, to which Cardi replied, “YEUP HE WAS.” 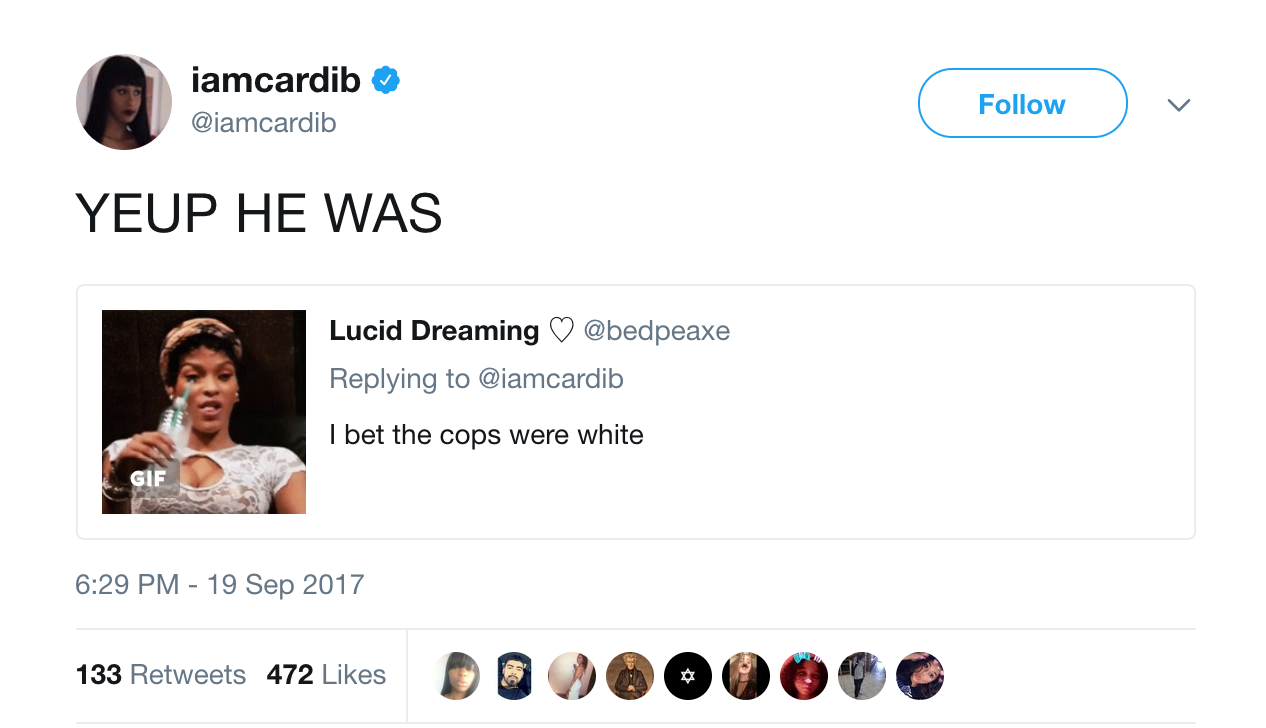 This isn’t the first time Cardi has spoken out against police violence in the U.S. Last month at the VMAs, Cardi stood in solidarity with Colin Kaepernick, the quarterback who became infamous in 2016 for kneeling in protest of the national anthem after police shootings rattled the country. At the show, Cardi quipped, “Colin Kaepernick, as long as you kneel with us, we’re gonna be standing for you, baby.”

This is a developing story and Remezcla will update with more details as they become available.