It has been almost seven years since El Guincho last performed in New York City. That means the last album New Yorkers experienced live is 2010’s Pop Negro, instead of last year’s HiperAsia. But thanks to a joint effort between Le Poisson Rouge, CANADA, and promoters Spain Fresh, who celebrate Iberian culture in the city, the curse has been broken: El Guincho is set to perform two nights in a row as part of the Spain-Brooklyn Music Series, a celebration of some of the best independent music from each country.

On July 13, El Guincho is taking over Queens’ Nowadays venue alongside DJ Turnbull Green and Catalan band Extraperlo. Members Borja Rosal, Pau Riutort, and Aleix Clavera are part of Guincho’s live band, and he produced their 2012 album Delirio Específico. Synth pop newcomer NOIA, who’s having a moment after the release of her debut EP Habits, joins the lineup on the 13th. The two producers will also play Le Poisson Rouge the following night, July 14. We can’t wait for it either, so Pablo Díaz-Rexia himself curated an exclusive Apple Music playlist for us in preparation for his big return. Purchase tickets below. 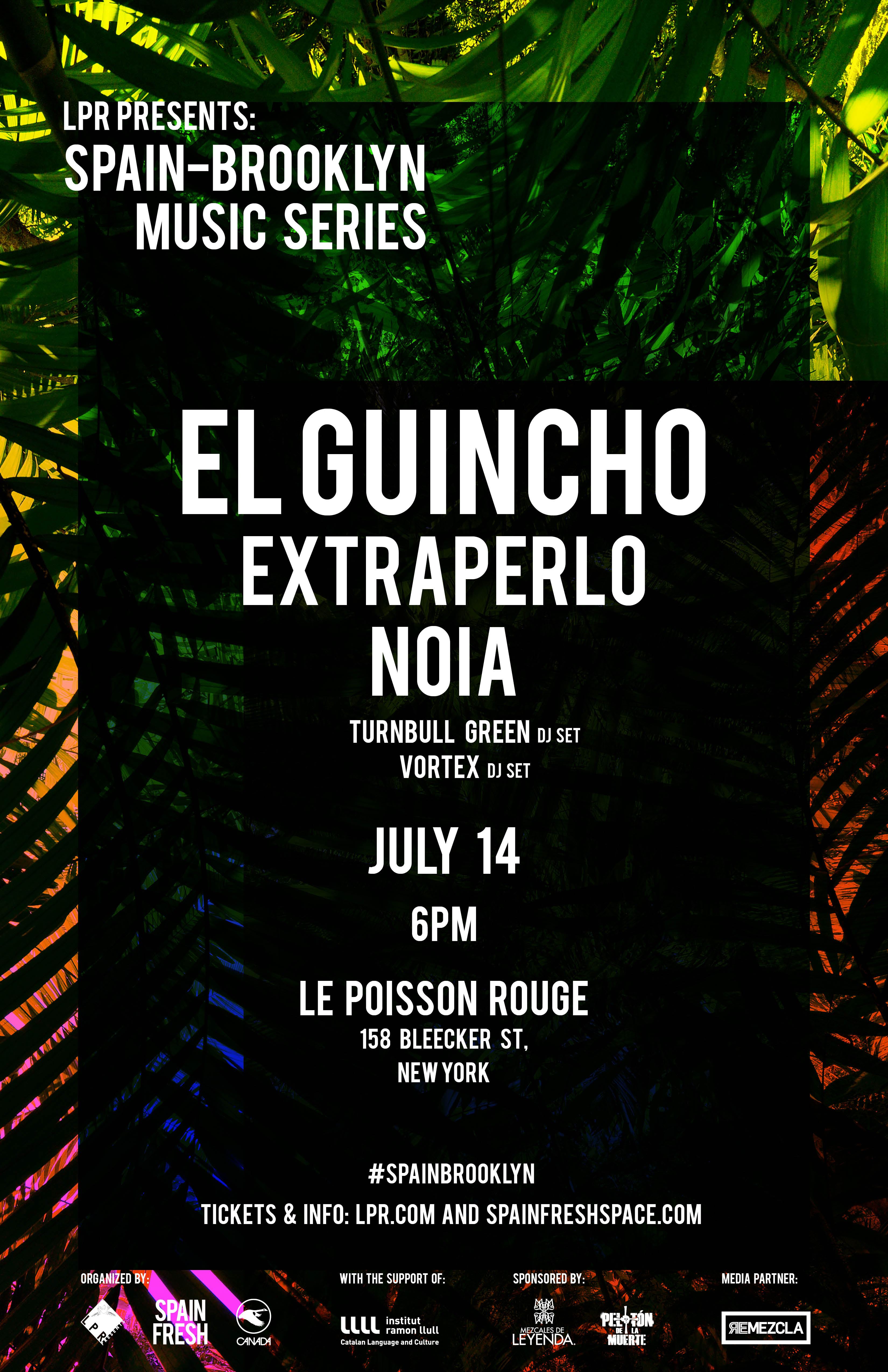