Mexican acts Fuerza Regida and El Fantasma are teaming up with Tecate for a special virtual concert this Friday, August 21. They will be kicking off the beer company’s El Patio concert series which will also be live-streamed.

“Our team couldn’t be more excited to finally unveil Tecate’s new virtual concert series that will soon provide both music lovers and beer-drinkers across the country with access to some of today’s hottest Latin artists,” said Belen Pamukoff, Tecate brand director, in a statement. “These livestreams will look to offer fans a high dose of interactive entertainment in celebration of Mexican-American culture and music.”

The El Patio concert series will also be spotlighting various Mexican-American DJs. For this first virtual show, the L.A.-based Cumbiatón collective and Principe Q, the nephew of Tex-Mex queen Selena, will both be spinning music. This week’s event will be hosted by Mexican comedian and Last Comic Standing winner Felipe Esparza.

Tecate’s El Patio concert series will be a monthly event from August to December. There will be extra programming next month to add to the Mexican Independence Day celebrations. The El Patio series ties into Tecate’s “Mexico is in Us” campaign which debuted earlier this year.

All of the proceeds from Tecate’s El Patio concert series will benefit No Us Without You, a Latinx-led charity
assisting undocumented hospitality workers in L.A.’s culinary community. The charity feeds over 1,000 families a week impacted by the Coronavirus (COVID-19) pandemic. 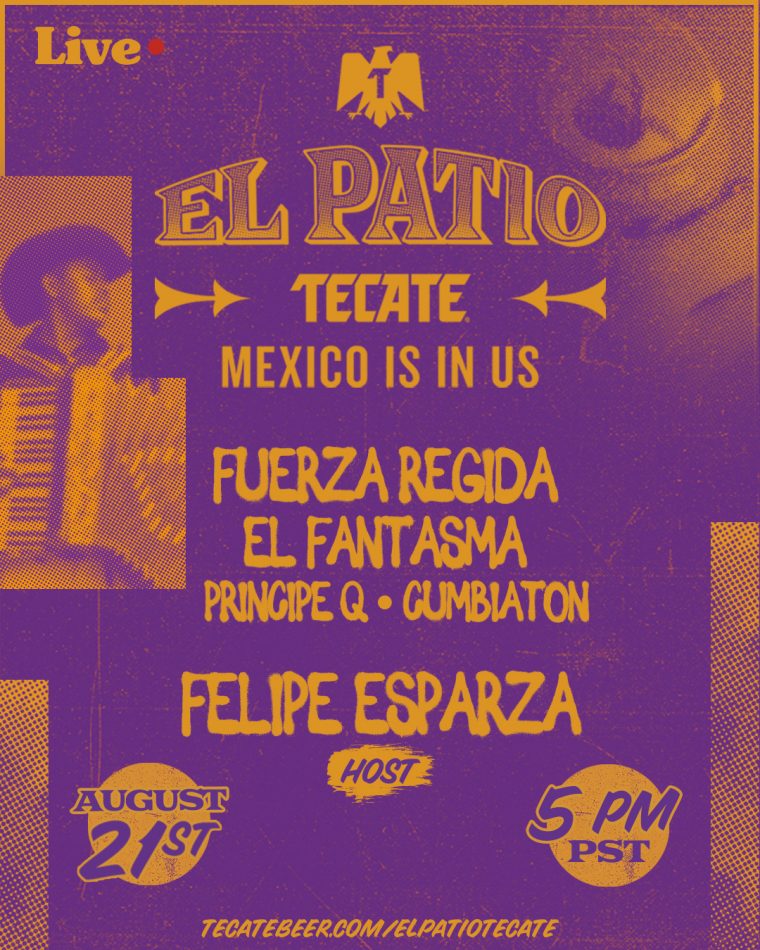