Update 9/27/2017, 2:45 p.m.: Due to the 7.1 earthquake that struck Mexico on September 19, Mutek.MX has postponed the festival until November 22-26. Organizers are reconfiguring the festival and checking the safety of venues. Lineup changes and other announcements are expected to take place soon. For more info, head to the Mutek.MX site.

Mexico’s most beloved electronic music event, Mutek.MX, is gearing up for an edition to remember with their 2017 lineup. Organizers recently dropped the mic with the inclusion of iconic producer Squarepusher on their program, joining the names from their first announcement, like Alva Noto, The Orb, Actress, and Telefon Tel Aviv, among others.

Now, the five-day festival doubles the list of confirmed acts with a fresh crop of Latin American acts. Joining Upgrayyed Smurphy and Camila Fuchs are Ensamble affiliates Daniel Arp (also known as A–rp,) Visions of Lizard, and No Light, who’s returning to Mutek.MX stages in collaboration with Mexican visual arts and technology studio /*PAC. Frikstailers offshoot Klik & Frik, Mondragón, Isaac Soto, Practice, and more complete the lineup, which you can check out in full below.

If you’re in Mexico City, you don’t have to wait until October to start partying, since the festival is holding a NANO MUTEK party on August 17 with festival alumni Jlin and Lotic, as well as NAAFI affiliate Wasted Fates.

You can now buy individual tickets for the Mutek.MX events taking place on November 22-26, as well as festival passes and passports here. BBVA Bancomer customers still get a discount price through the BBVA Wallet app. 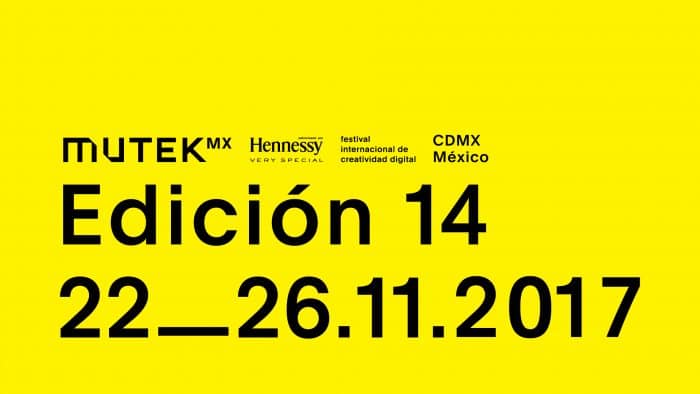 Mutek.MX hits Mexico City on November 22 to 26. For more info, head over to the Mutek.MX website.