Chicago music festival staple Ruido Fest is back for its fifth anniversary this year, and organizers have rolled out all the stops to celebrate the occasion. The lineup has officially arrived, and the announcement comes with a handful of surprises. In lieu of its standard location in the largely Mexican neighborhood of Pilsen, Ruido has shifted to Union Park on the Near West Side, the home of the city’s well-known Pitchfork Music Festival.

Curation-wise, the fest continues its legacy of honoring Latinx pioneers, with headliners like Los Tigres del Norte and Hombres G and Enanitos Verdes, who will be performing their album Huevos Revueltos.

Check out the full lineup below. Tickets are available to purchase here. 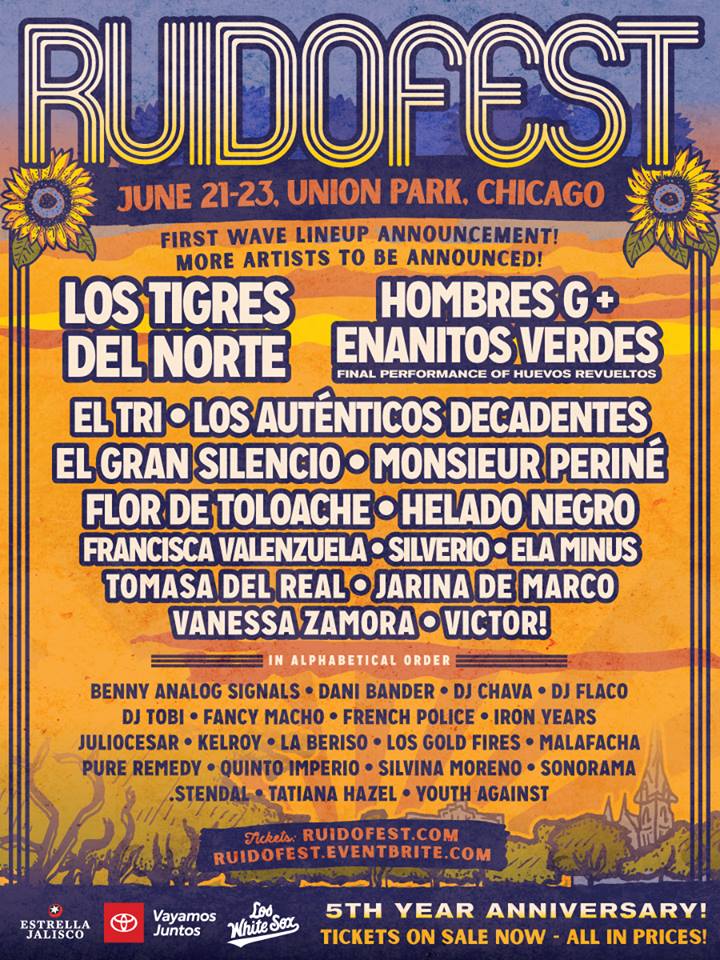