Bad Bunny might be getting in the ring at Wrestlemania 37. After the Puerto Rican superstar created a stir at WWE’s Royal Rumble last week, he’s rumored to be training alongside his idol Booker T.

On Feb. 6, ewrestlingnews released a report saying that Bad Bunny is at a WWE Performance Center in Orlando, FL., prepping for his Wrestlemania match. Benito is rumored to be involved in a tag-team match alongside Booker T, the WWE Hall of Famer that he dedicated a song to on his album El Último Tour del Mundo.

According to the report, Bad Bunny and Booker T will face-off against John Morrison and Mike “The Miz” Mizanin. At the Royal Rumble, the rapper got into a feud with both guys after The Miz destroyed his DJ set. Bad Bunny distracted Morrison and The Miz during the Royal Rumble match and both were knocked out of the ring and eliminated.

Bad Bunny appeared to fan the flames of the feud on WWE Raw last night (Feb. 8) when he interrupted a match between Damien Priest and Angel Garza. The latter was getting cheered on by his allies Morrison and The Miz until Benito got both of them ejected from the match. Without his buddies standing by, Garza was defeated by Priest.

One thing for sure is that this won’t be the last we see of Bad Bunny at any WWE Event. We’ll find out if Bad Bunny ends up teaming with Booker T when Wrestlemania airs on April 10 and 11. B 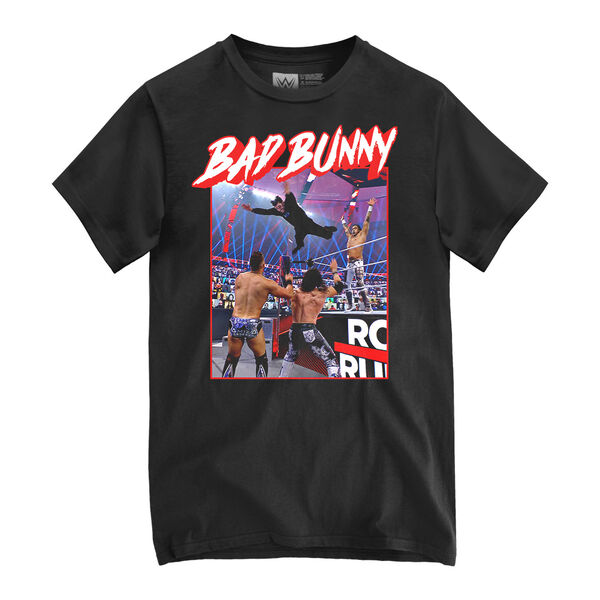