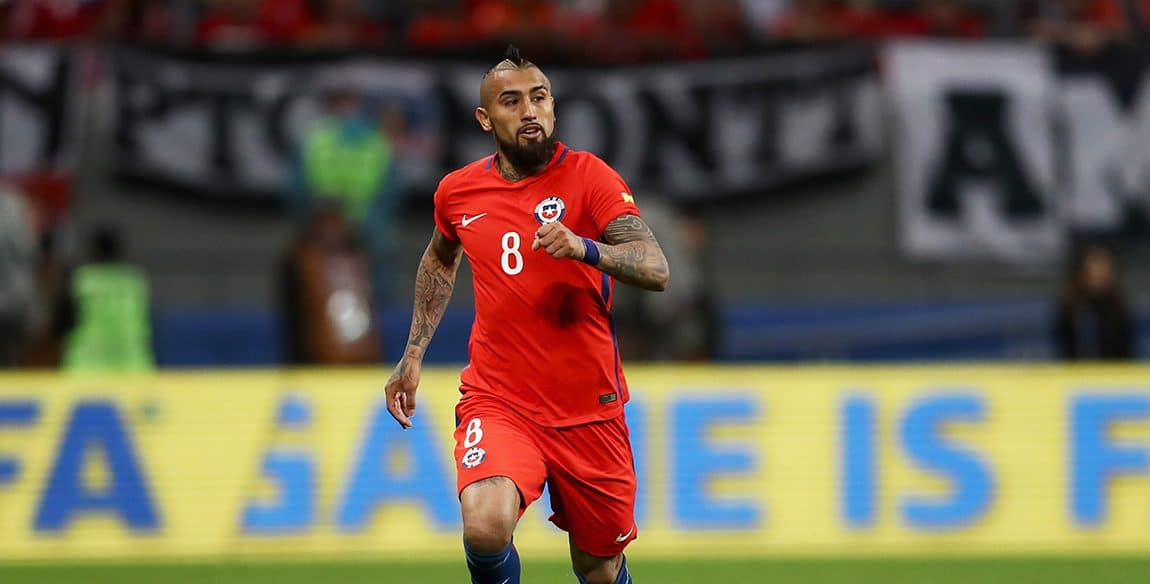 Arturo Vidal of Chile in action during the 2017 FIFA Confederations Cup. Photo by Francois Nel/Getty Images

According to Chile’s press secretary Maria Jose Vasconcelos, Arturo Vidal’s comments about Cristiano Ronaldo were mistranslated, with the midfielder claiming that he never called the Portuguese star a “smart ass” in the lead up to Wednesday’s Confederations Cup semi-final. Despite reports throughout the sports media world–including at Remezcla–the only drama we can expect between these two countries is on the pitch.

The mistranslation was an understandable mistake in the game of Telephone that is soccer media; Vidal’s comments were translated from Spanish to German during the interview, and then back into Spanish for headlines, which were then picked up and translated by the English-language media. During the whirlwind process, his context and intention seem to have gotten lost in translation.

According to Vasconcelos, what Vidal really said was that “there is no ‘cuco‘ in Portugal,” while answering a question about Ronaldo; in certain Spanish-speaking countries, the word “cuco” refers to something like the boogeyman, a monster that parents have been using to scare children for years. German reporters took that and translated to the term “schlaumeier,” which means “wise guy” in German. That then became “engreido” in the Spanish press, or “spoiled brat,” “vain,” or “smart ass.” And just like that, a nontroversy is born.

Vasconcelos told ESPN FC on Tuesday–shortly after the comments made the rounds–that “the statements are false,” and continued on to clarify the midfielders comments. “The only thing Arturo Vidal said about Cristiano Ronaldo was in the mixed zone, and they asked if he was afraid of the ‘cuco.'” It makes sense, then, that Vidal said that there is no boogeyman on Ronaldo to fear; a much less inflammatory comment, but one that still conveys the Bayern Munich’s confidence in his national team’s ability.

Vidal himself spoke out afterwards, saying that he never “said that lie,” continuing on to share that he has nothing but respect for Ronaldo’s accomplishments: “I couldn’t say that about a colleague. I am thankful for Cristiano Ronaldo, and he deserves all my respect.”

Arturo Vidal Throws Shade at Cristiano Ronaldo Before Confed Cup Semis: "For Me, He Does Not Exist."