Afro-Latinx Authors in Romance: Challenge of Needing to Be Seen Twice
Search
Culture

By Adriana Herrera
08.30.19
Art by Alan López for Remezcla

If you’re not a romance reader, you may picture the cover of a romance novel and imagine a white woman embracing a Fabio-type – with his blond locks blowing in the wind, naturally. While Fabio is a thing of the past, we still see very few people of color on covers, and by extension, behind the scenes. Historically, the genre has made little room for authors of color, something a quick Google search corroborates. Even though romance’s trailblazers, such as Beverly Jenkins and Vivian Stephens (the African-American editor who founded Romance Writers of America) were there from the start, the images on Google don’t reflect the way our world looks. Romance fiction has a diversity problem, and it forces Afro-Latinxs – who find themselves as part of two underrepresented groups – to fight twice as hard to be seen.

For Afro-Latinx romance authors and industry professionals navigating the landscape, publishing presents layers of challenges. In Romancelandia – as those in the genre call it – not only are authors of color fighting for access and visibility but also as creators who are coming into the space owning not just their Latinx identity but their blackness. There’s also the uphill battle of dismantling the perception that one Latinx narrative fits all. Just within Afro Latinx communities, there are rich and diverse stories – ranging from the Garifuna people in Central America to Afro-Caribbeans to South America’s massive Afro-descendant population.

For years, there has been a conversation about the lack of diversity in romance fiction, though we have made some strides in recent times. Last year, Alexis Daria, a Latinx author, took home the RITA (the romance Oscars). There was also last month’s major milestone for the genre when, for the first time in its 38-year history, Kennedy Ryan became the first Black woman to win the award, which was followed by a second win by M. Malone, also a Black author. But we still have a long way to go until the romance genre includes us all.

“In publishing, the decision-makers still see diversity as a trend,” says Linda Camacho, a literary agent with Gallt & Zacker. “And what we need is to get to a place where they understand that it’s actually an accurate reflection of the world we live in.”

According to a 2018 diversity report prepared by The Ripped Bodice – the first brick-and-mortar bookstore in the U.S. exclusively dedicated to romance – for every 100 books put out by traditional publishers, fewer than seven were written by authors of color. Beyond that, for Afro-Latinx authors who are trying to get their work published in a space with such limited opportunities, the challenge becomes two-fold: to be seen in the first place and then to not be labeled under the mestizo Latinidad umbrella.

Afro-Latinxs exist at the intersections of multiple marginalizations: We are black, we are Latinx and in the U.S., most of us are part of a diaspora that has its own history of oppression in our ancestral homeland. We walk in bodies that are straddling the line between two worlds. We are Latinx, but because of our blackness, we face exclusion or erasure within our community. So not only do we have to find a way to be seen in the wider world, but we also face discrimination within.

When Afro-Latinx authors come to the romance genre, their goal is to not only write stories where their characters manage the complexities of their lives but also to radically assert that those same bodies are deserving of unapologetic happy endings.

As an Afro-Dominicana, I came into the romance space after being a lifelong reader. My intention was to write the stories I wanted to see but could not find, by and about people who shared my lived experience. In romance, there are Latinx stories, but the typical Latinx main character is more Sofia Vergara than Amara La Negra.

“With these stories, we also have the opportunity to do away with the harmful stereotypes of how we live.”

I wanted to write more nuanced stories of Afro-Caribbean people, and in the wake of the 2016 election, I wanted to create narratives that reflected an immigrant experience of people striving and thriving. To me, writing queer communities of color felt like the most revolutionary thing I could do in the midst of the dehumanizing political discourse being pushed on our communities. Giving life to the characters I’d longed to see felt liberating and necessary – except when I brought my book with an Afro-Dominican queer protagonist to publishers, not many doors opened. But there are those out there writing and working in the publishing world working to push our stories out.

“[I seek out Afro-Latinx romance novels] because I’m tired of only seeing us in ‘issue’ books,”Camacho tells me, explaining that our stories are not always thought of as universal. ” In romance, Afro-Latinx characters get their HEA (Happily Ever After), and I want more of that. With these stories, we also have the opportunity to do away with the harmful stereotypes of how we live.”

For Mia Sosa, that’s challenging people’s perceptions of what a Brazilian is. In pop culture, the South American country is represented by white Brasileiros who don’t look like a large portion of Brazil’s population. The country is home to the largest population of people of African descent outside of Africa.

When you come face to face with Sosa’s upcoming rom-com, The Worst Best Man, you see a heroine with dark brown skin, something that was chosen very purposefully.

“I came into the romance space to hopefully offer different, more nuanced representation than what is out there,” Sosa says. “When people see my cover and see a Black woman, they will have to rethink their perception of what Brazilians look like.” 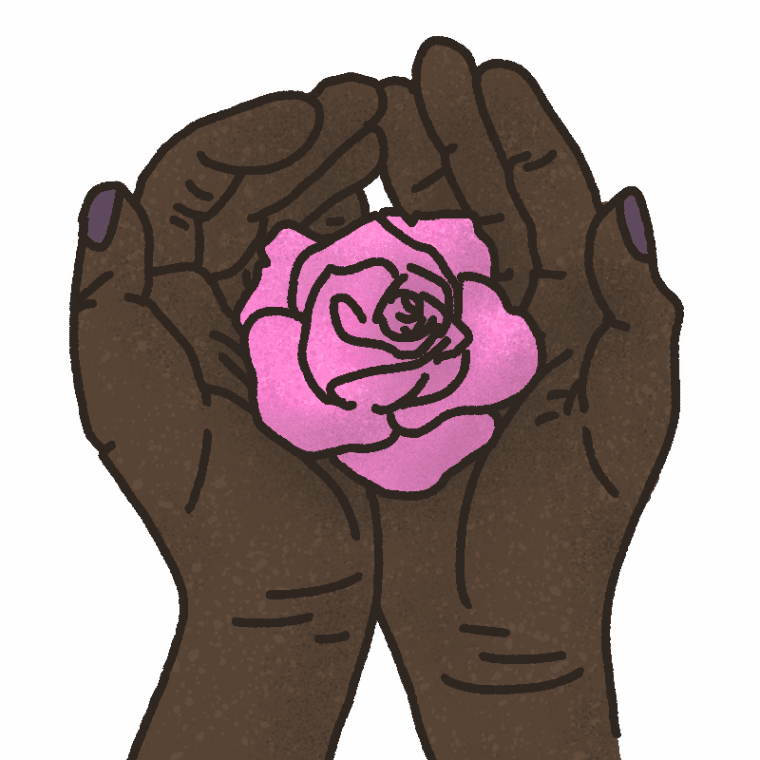 When looking at other sides of the entertainment industry, the contrast between the levels of diversity we see in commercial fiction and that of film and television is pretty stark. Romance acquisition teams still cite the lack of “relatable” characters as a reason to pass on stories that exist outside of the white, cis, straight, able-bodied paradigm that dominates the bookshelves.

This has forced some to turn to self-publishing, which does have benefits for authors who don’t have access to traditional publishing. But it’s not a perfect solution. Trade reviewers and other media rarely acknowledge self-published authors, especially those without established readerships.

Zaida Polanco, an Afro-Dominicana screenwriter who also self-publishes romance novels, sees an opening in access for Afro-Latinx creators in Hollywood – something she’s yet to experience in publishing. “There are just more opportunities,” she says. “There are also power brokers at the table now who are people of color and understand the gradation and the spectrum of identities. They want to tell stories that get at those complexities.”

But as the publishing industry’s gatekeepers remain overwhelming white – according to Lee & Low Baseline Diversity Survey, 80% of the professionals working in the publishing industry identify as white – we’re missing some important and necessary stories. Though it’s imperative to bring attention to this industry shortcoming, we also need to be able to provide our support as consumers.

“This visibility and access for Afro-Latinx voices is something needed within our community, too,” explains Norma Perez-Hernandez, an assistant editor at Kensington Books. “We need them for ourselves, to unlearn our own prejudices. Those stories highlighting the blackness, with a capital B, within Latinx communities, they help us reckon with the fact that we’re not a monolith. That’s never existed.”