Stigmatized as indecent, reggaetón vibrates at a primal frequency appealing to our intuitive rhythm, thus it perfectly coalesces with the title character in Chilean auteur Pablo Larraín’s phenomenal new feature Ema, fronted by an empowered woman under the influence of her unapologetic desires.

Though the director in charge of No, Jackie, and Neruda wouldn’t instantly come to mind when thinking of this musical genre, what he fabricates from a screenplay by Guillermo Calderón and Alejandro Moreno defies our presumptions — like usual. Larraín has never approached a subject with safe narrative choices, not his country’s most renowned poet nor the former first lady of the United States. In Ema, it’s the essence of monogamy and the sanctity of parenthood he acutely defiles.

Settled in coastal Valparaíso, gifted dancer Ema (Mariana Di Girolamo) divides her time between teaching at an elementary school and rehearsing for an upcoming presentation with a dance company. However, judgmental stares follow her and her self-absorbed choreographer boyfriend Gastón (a subdued Gael García Bernal) now that they’ve decided to return their adoptive son Polo (Cristián Suárez) to the government following a disturbing incident.

Early on, our first glimpse at the dynamic between Emma and Gastón is intercut with a group performance against a massive screen displaying a burning sun, at once hazardous and hypnotizing, that on second viewing mimics an egg being fertilized. It’s a mesmerizing illustration of how their temperamental relationship transpires: always on the verge of implosion because they torment one another with resentful regard.

That fluorescent setup of light and color is courtesy of distinguished Director of Photography Sergio Armstrong, one of Larraín’s longtime collaborators whose gifts include translating meaning into imagery. Gloomy skies contrasting with bright clothing in the urban setting shape the spectrum of hues that differentiates this film from the filmmaker’s previous efforts. No two outings of his are aesthetically alike.

Ravishingly, Di Girolamo personifies Ema as if she were a nymph entertained by humanity’s reductive understanding of sexuality. Her devilish mischievousness enthralls people around her like mermaids did to sailors in oft-told legends. They know her charm hides the potential for destruction, but they don’t care. She could walk up to anyone anywhere, man or woman, and convince them to surrender the liberty to decide over their lives. Di Girolamo is that alluring.

Warning them of her propensity for wickedness, Ema begins two separate affairs that satisfy distinct aspects of her carnal and psychological needs. From one of them she demands he doesn’t leave his family, and to the other she coldly denies being in love. Ema is playing a perverse game where people’s feelings are at stake. In her eyes, it seems, the objective is to dismantle the patriarchy by destroying its social institutions and rebuilding them radically. But proceed with caution when fishing for definitive proof of this, since nothing is ever spelled out. Ema is all subtext and ripe for interpretation.

Interludes that roll out as mini music videos between crucial scenes showcase Di Girolamo’s capacity for vigorous physical energy. Taking over town, Ema and her all-female flock of dancers give a hypothetical middle finger to anyone that questions their respectability. The revolutionary act of moving to a maligned beat projects just as much bravery as a conventional protest. Musician Nicolas Jaar comes through with the entrancing, upbeat score to which they claim their space.

García Bernal commands the screen during a tirade furiously detailing Gastón’s classist hatred for reggaetón, which correlates to what he thinks of Ema when she dances it. He pathologically wants control over a woman whose brand of feminism is hands-on, full-bodied, aggressive and calculated in her diplomatic maneuvering of traditional circles in order to not to be completely ostracized. At night, however, she ravages the town: theoretically, at sexually uninhibited parties and literally, with violence.

In a small but notable role, Catalina Saavedra (the star of Sebastián Silva’s La nana) pops in as the social worker that takes a chance on the unorthodox couple, allowing them to adopt, and then resents them for not fulfilling their end of the bargain. Her speech embodies what conservatives see in the artsy pair as immutable character flaws. What kind of monsters could tempt a boy with the promise of a home and then take it away when he wasn’t what they had envisioned? In truth, there’s a multilayered answer far from easy categorization.

Incendiary and remarkably bold, in the same manner that a fire is terrifying and fascinating, Larraín’s Ema boasts top-notch acting from a cast that comprehends there are no schematic evildoers or virtuous saviors in his domain. Some conversations speak directly about the fictional reality, others muse about emotional catharsis or the central couple’s inability to agree on whether they despise each other or not. All in all, what the cerebral storyteller, perhaps the most influential Latin American director of the decade, proposes is openness to uncomfortability if this leads to unexplored pleasures of the body and soul.

Like so, Ema, the character, is willing to burn it all down — with a goddamn torch if need be — in order to fulfill her nonconformist dream of love and family. Once all the pieces of the puzzle she’s been assembling are appreciated in full, many will find the ploy she masterminded repulsive. For her, it’s perfect in its marital and maternal anarchy. 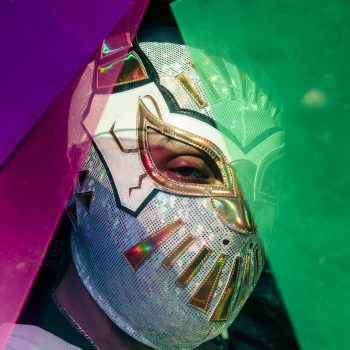 Meet Isai Morales, Mexican-Panamanian Rapper Talking Healing Under the Guise of a Luchador