By Richard Villegas
09.26.19
Photo by Alejandro Berber for Remezcla

It’s a damp August morning in New York City and I’m already late. Rushing from the cozy depths of Brooklyn to the chic pseudo-suburbia of Manhattan’s Upper West Side, it takes four trains and a prodigious power walk before I crash land upon the HI New York City Hostel, where I’ve kept Fabi Reyna and Nectali Díaz of Reyna Tropical waiting for far too long. Exchanging pleasantries and a few breathless apologies, we retreat to a quiet common room in the back where they reassure me their jetlag has been playing some tricks of its own.

The buzzy West Coast duo was in New York last month playing the ongoing LatinXpressions series, which that weekend also included local Panamanian-Puerto Rican nightlife queen, DJ Bembona. This marks their second performance in the city – a sharp contrast to their previous engagement opening for Bomba Estéreo on the massive Terminal 5 stage. They’re excited, relaxed and more seasoned this time around, especially considering the tour was the band’s ambitious stage debut.

So why did Bomba Estéreo – one of the hottest Latin American crossover acts of the last decade – tap a couple of scrappy newcomers for a crucial 10-date North American tour? While luck was no doubt a factor, don’t be so quick to praise the stars. In fact, you’ll be swiftly scolded. Reyna Tropical represents the culmination of years of vision, hard work, community building and constant reinvention.

Fabi Reyna and Nectali Díaz, better known as Sumohair, met as alumni of the 2016 RBMA Bass Camp, hosted at Bonnaroo Festival in Manchester, Tennessee. Reyna was selected from Portland, while Sumohair was one of three emerging artists showcasing the evergreen Los Angeles talent pool. On the first day, after introductions and some light showcasing, the pair began drifting towards each other, bonding over their passion for Latin American sounds and activism. Drinks, laughter, and an impromptu studio session followed, which included fellow RBMA alumn Happy Colors, from the Dominican Republic. With Sumohair on beats, Reyna on guitar and vocals, and contemplative bars from Happy Colors, the result was a fiery lo-fi trip to the Caribbean and back called “Revolución,” as well as a 6 a.m. bedtime.

The next day, Bass Camp activities proceeded as usual, but the chemistry in the room had become undeniable, and the West Coast pair vowed to link up again when Reyna visited L.A. on business. Over the coming months, Reyna and Sumohair recorded a series of 4-hour improvisations that were later edited and compiled into Reyna Tropical’s self-titled debut EP, released in January 2018.

“We said from the very beginning we didn’t want to put pressure on it,” says Reyna, outlining the band’s core creative principles. “We want to do this because it’s fun. We have no intention of being in the studio for 20 days recording one song. We’re going to put out songs whenever and however we want. This is going to be on our terms.”

Fabi Reyna was born in Cancún, Mexico, and raised on the McAllen-Reynosa border – later calling Austin and Portland home as well. The gifted musician picked up the guitar at age 9, starting her first band by 10, booking her first show by 15, and organizing her first music festival when she was 18. Shred Fest convened 15 bands from across the Pacific-Northwest, specifically highlighting women thriving in a plethora of musical genres and raising funds for Reyna’s most ambitious brainchild to date.

“I experienced the whole ‘girls don’t play guitar’ thing and when I turned 18 I decided to start She Shreds magazine, which is about women guitarists and bassists,” she explains, sharing her own shredding journey from classical guitar, to punk, and cumbia. “Through that, I’ve learned a lot about the perspectives of people who’ve been silenced or never been asked about their music. We’ve always existed but opportunities for visibility only started coming up recently, especially for women, queers and non-binary folks.”

Alongside publications like Tom Tom Magazine, which spotlights women drummers and percussionists, She Shreds has become an essential voice within a democratizing artistic wave propelled by creatives hungry for media representation. In order to overcome stagnant gatekeeping, Reyna has feverishly honed her guitar and songwriting skills while remaining vigilant of her own unfolding narrative. “When I met Sumo,” she adds, “we blended our worlds of music and activism, where I focus on queer identity and being a Mexican woman living in America. It’s always at the forefront because if it’s not, people are going to assume something about me.”

“We are pushing this really cool [agenda] we call Queer Love and Afro-Mexico,” beams Sumohair, concisely summing up the band’s ethos of visibility and space-making. “For me, being from Guerrero and seeing Afro-Mexicans counted for the first time in the 2020 census, it’s kind of ridiculous that an entire group of people was unaccounted for.”

A perfect example of these intersections can be found in the video for Reyna Tropical’s latest single, “No Me Quieres,” which stars Afro-Mexican actor Diana Díaz, and follows a tumultuous romance between two young women. Sumohair’s conscientious work is also nothing new, extending back to 2013 when he co-founded Los Angeles-based collective Metralleta De Oro alongside DJs Fuego and FONDO. The crew now holds a residency at popular cumbia dance party Dinamita, where they’ve become local leaders within a scene centering cumbia and other afro-diasporic rhythms as a tool of social resistance, which includes La Santa Cecilia, Quitapenas and the Cumbiatón Collective. 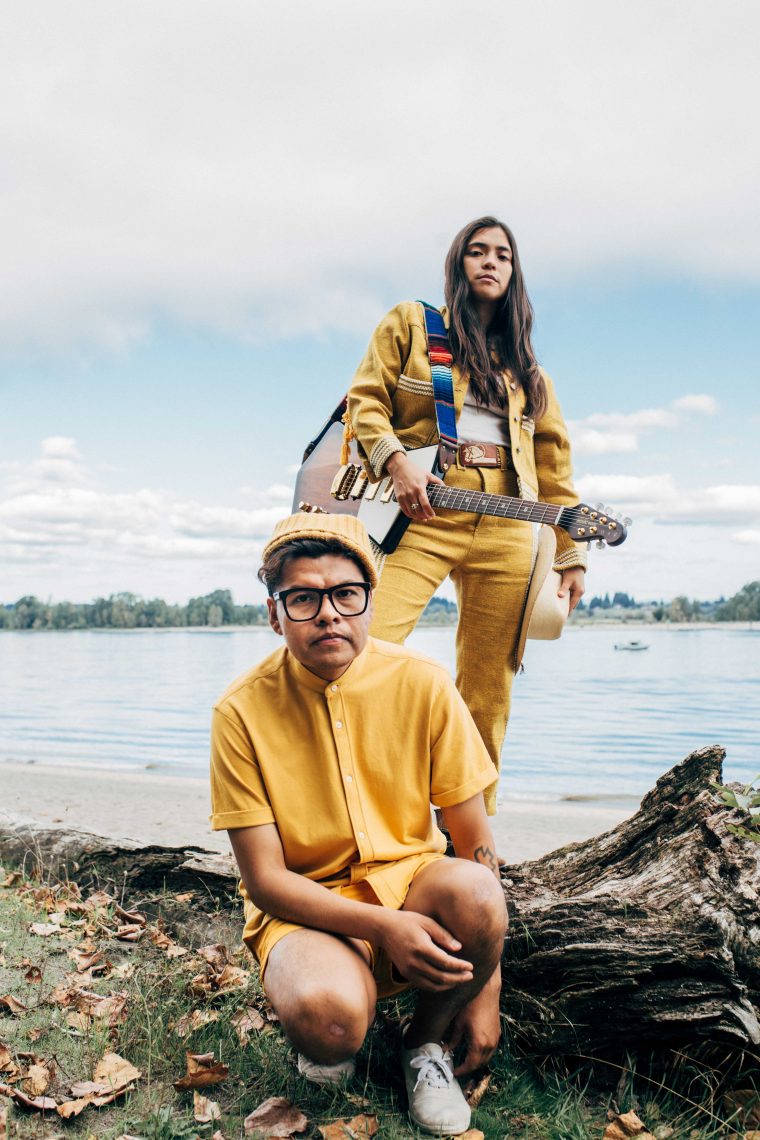 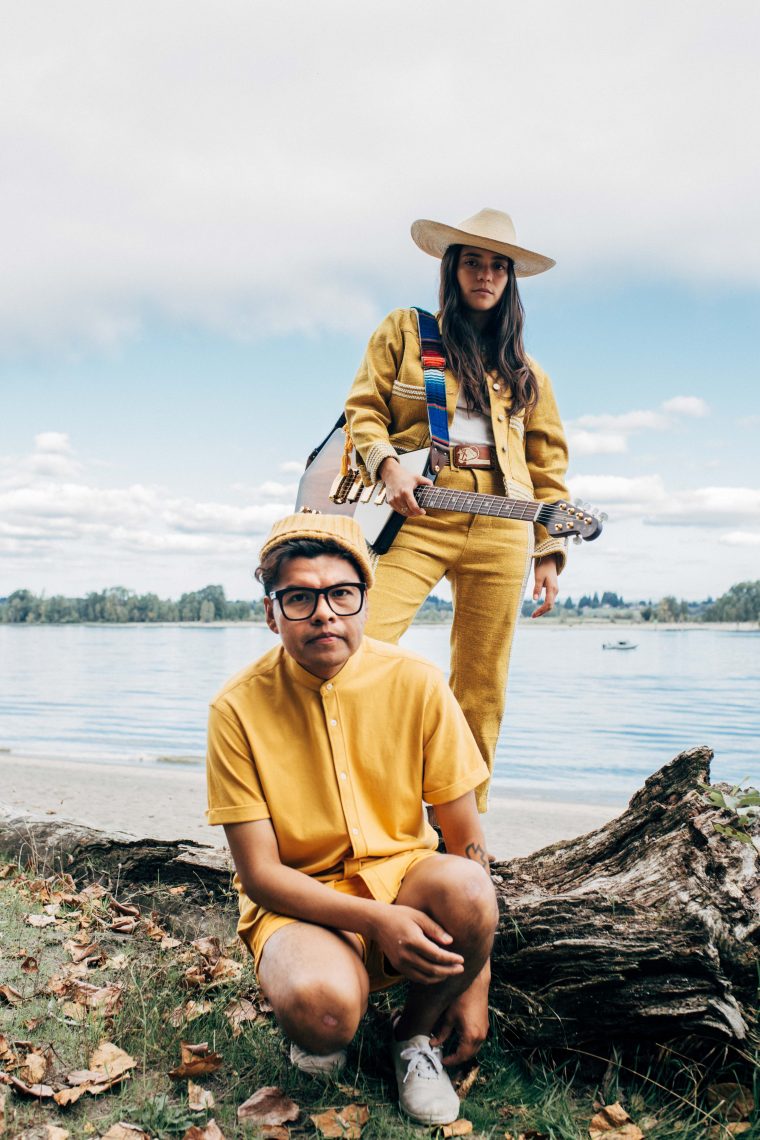 These rhythms are intrinsic to Sumohair’s gossamer production style, drawing from his Afro-Mexican roots in the small town of Arcelia, in the state of Guerrero, and from his days playing double bass in SoCal punk and ska bands. After a prolonged hiatus from performing, he got back in the game 6 years ago with a renewed interest in organic electronic music. Influences from champeta, buyerengue and ancestral chanting can be heard across Reyna Tropical’s small but vibrant catalogue, like on recent single “Como Fuego,” which incorporates Colombian percussion, rainforest samples, and Fabi Reyna’s chicha-soaked guitar picking.

After the release of Reyna Tropical’s first EP, their effervescent sonic cocktail built steady buzz until it caught the ear of Liliana Saumet – singer, songwriter, and in-house mermaid at Bomba Estéreo. Reyna recalls a particularly hungover day, just before going on a hike, when she casually checked her Instagram only to find a message from Saumet praising the band’s EP, and floating the possibility of a future collaboration. After recovering from the initial shock, Reyna responded, and the two women quickly struck up a friendship. Later on, two weeks before Bomba Estéreo embarked on their December 2018 North-American tour – their most extensive to date – Saumet reached out again, this time inviting Reyna Tropical to open the string of shows.

“That was my dream come true and my worst nightmare at the same time,” says Reyna with a chuckle, underscoring how the band had never performed live up to that point. Scrambling, schedules were cleared and Sumohair headed to Portland, where the two assembled their live set in 48 hours. Then they flew to Seattle and played the first ever Reyna Tropical show for 2000 people.

The tour was a watershed moment for the band, later making a splash at SXSW in March and flying to Colombia in April to perform at Saumet’s Estéreo Beach Festival. Seclusion and Santa Marta’s breathtaking natural beauty inspired the pair to set up their surprisingly portable recording equipment, laying the foundation for four of the seven songs that eventually became Reyna Tropical’s sophomore EP, Sol Y Lluvia.

“The thing that touched me the most was when we took a walk and stumbled upon the Mendiguaca River, which flows into the Caribbean Sea,” reminisces Reyna. “I feel like in those moments, where we walked into that water and were enveloped in it, our lives changed. Then the next day, we experienced the first rain of the season, which was magical. The record is very much about experiencing nature in that special way.”

Reyna Tropical has circumvented many of the growing pains inherent to the music industry, stubbornly paving their own way, fully in control of their skills and ideals. But it’s hard work, not luck, which has brought them to this place. And while much has changed in the past few years, both musicians remain unwilling to compromise their standards or beliefs in the face of encroaching success.

“I’ve been in the music industry for a long time,” reflects Reyna as our conversation comes to a close, “and I’ve played grungy shows for two people for no money, and haven’t eaten for two days. I’m not going to do that anymore, and neither is he. If it works out, it works out. But the opportunities are coming our way, and clearly we’re making good music. We work really hard and we’ll continue doing so, but we’re not willing to do anything that sacrifices our well being.”

Who says you can’t be the change you want to see in the world?