Here’s the Lineup for Chella, the Music Festival Celebrating the Latino Community of Coachella Valley

As the official media partner for Chella, the Goldenvoice festival focused on promoting Latinx musicians and celebrating the Latinx community in Coachella Valley, Remezcla is proud to announce the lineup for this year’s event.

Chella is an initiative from the folks at Goldenvoice to connect and give back to the community that hosts Coachella every year. The goal is to present artists that reflect the tastes and experiences of the people who actually live and work in Indio, California, where the world-famous festival takes place. Chella is all-ages and open to the entire community, as evidenced by the intergenerational and eclectic lineup. Last year’s edition of Chella featured Cuco, Helado Negro, Los Angeles Azules, and Ocho Ojos, eliciting a great response from local residents. Here’s hoping this year’s edition is a hit, too.

Check out the flyer below, and click here to purchase tickets. 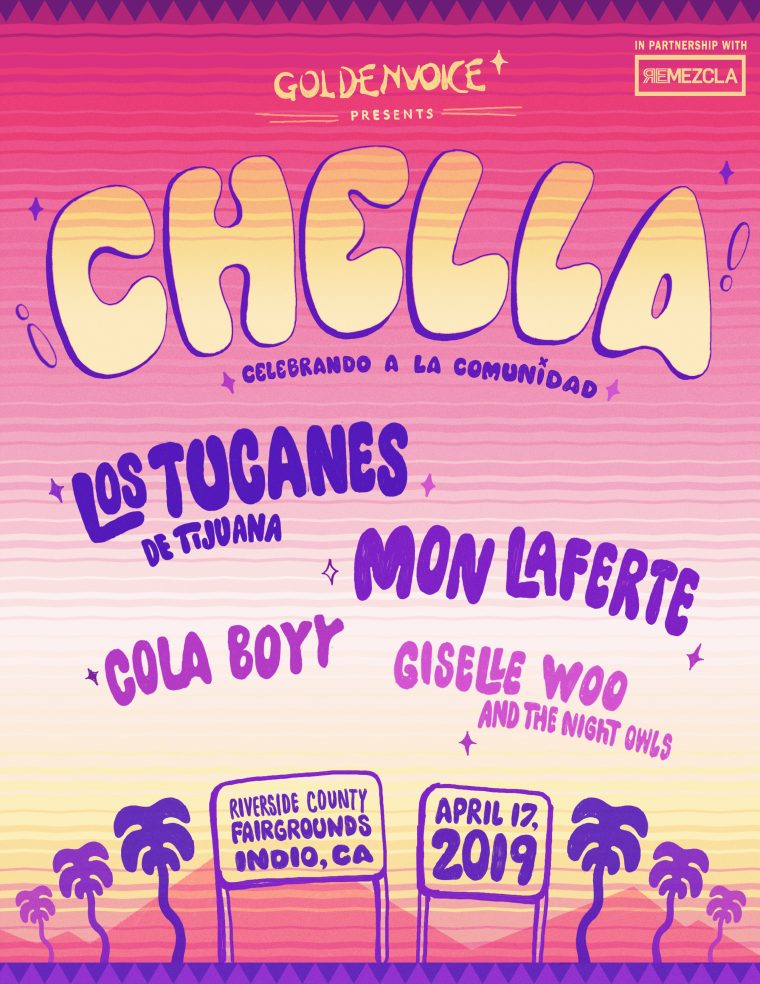 Enter for your chance to win a pair of passes to Chella.