We’re only a couple days into 2019, which means it’s officially festival announcement season. Coachella has revealed the lineup for its edition this year, and as expected, the mammoth two-weekend festival returns to its Empire Polo Club location in Indio, California, on April 12–14 and April 19–21.

At the top of the lineup are headliners Childish Gambino, Tame Impala, and Ariana Grande. There are also a handful of 2018 favorites, like Kacey Musgraves, Ella Mai, and Juice WRLD. And lucky for us, this time around, Coachella has doubled down on its commitment to booking Latinx artists. Last year, the California festival broke its own record with 15 Latino and Latin American artists performing, with help from VIVA! Pomona curator Rene Contreras. And thanks to the hard work of grassroots curators and promoters, it seems that organizers for large-scale festivals like Coachella are finally paying attention to Latino talent.

This year’s lineup includes everything from legacy acts like Los Tucanes de Tijuana to reggaeton superstar J Balvin, who became the first reggatonero to perform at Coachella when he joined Beyoncé and Cardi B as a guest in 2018. The lineup also includes Latin trap poster boy Bad Bunny, Spanish neoflamenco star Rosalía, and indie stalwarts like Javiera Mena.

Check out some of the Latino, Latin American, and Spanish artists performing here, and peep the full lineup below. 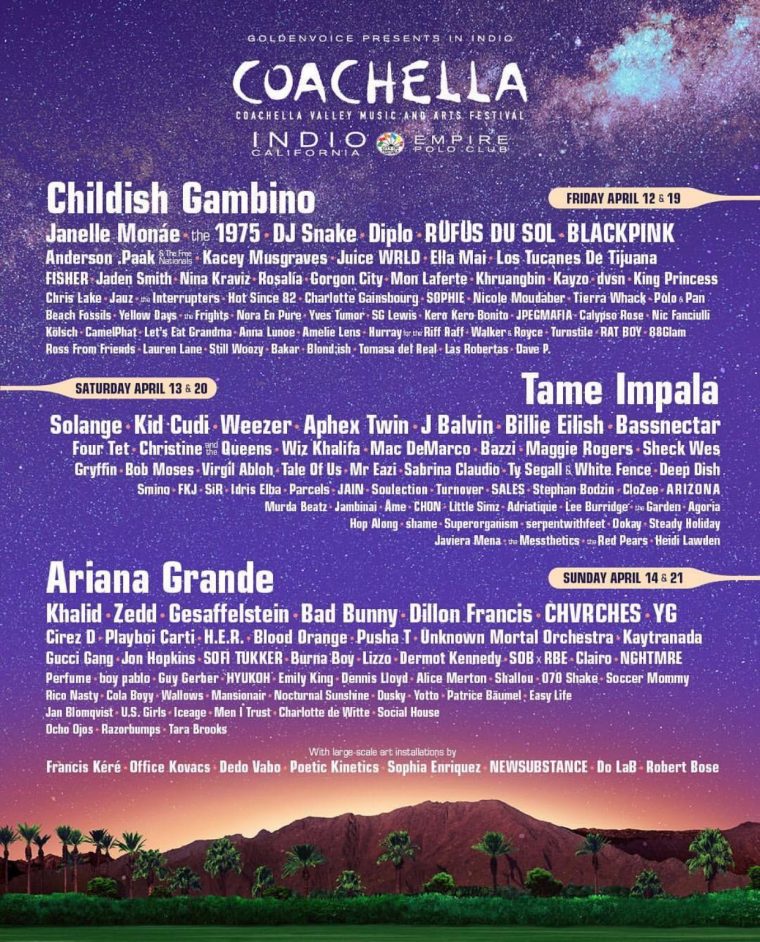 Tickets go on sale on Friday, January 4 at 11 a.m. PST. For more information, head over to Coachella’s website.