Reggaeton and Spanish-language trap may be dominating the charts these days, but these much maligned genres continue to spark controversy no matter how popular they become. The perennial conversation about the urbano movement’s depiction of violence and drug use has returned yet again, thanks in part to an impassioned Instagram post from reigning reggaeton titan J Balvin.

On Tuesday, Balvin took to social media to denounce rappers who glorify violence and crime in their lyrics. In a lengthy Instagram post, he opened up about how narcotrafficking impacted his life growing up in Medellín. “Lately our genre is more focused on criminals and narcos than music,” he wrote. “Respect to everyone who comes from the streets and stays quiet, because it’s better to not share your pain and your reality. But zero respect to all the clowns of the genre, who thousands of people follow, and the only thing they have to offer is a shitty vibe when we came to make people dance and be happy,” he explained.

The post has mushroomed into a larger conversation about the social impact of violent and explicit lyrics, with other artists echoing Balvin’s sentiment and criticizing specific rappers. Some are even apologizing to fans for promoting violence. 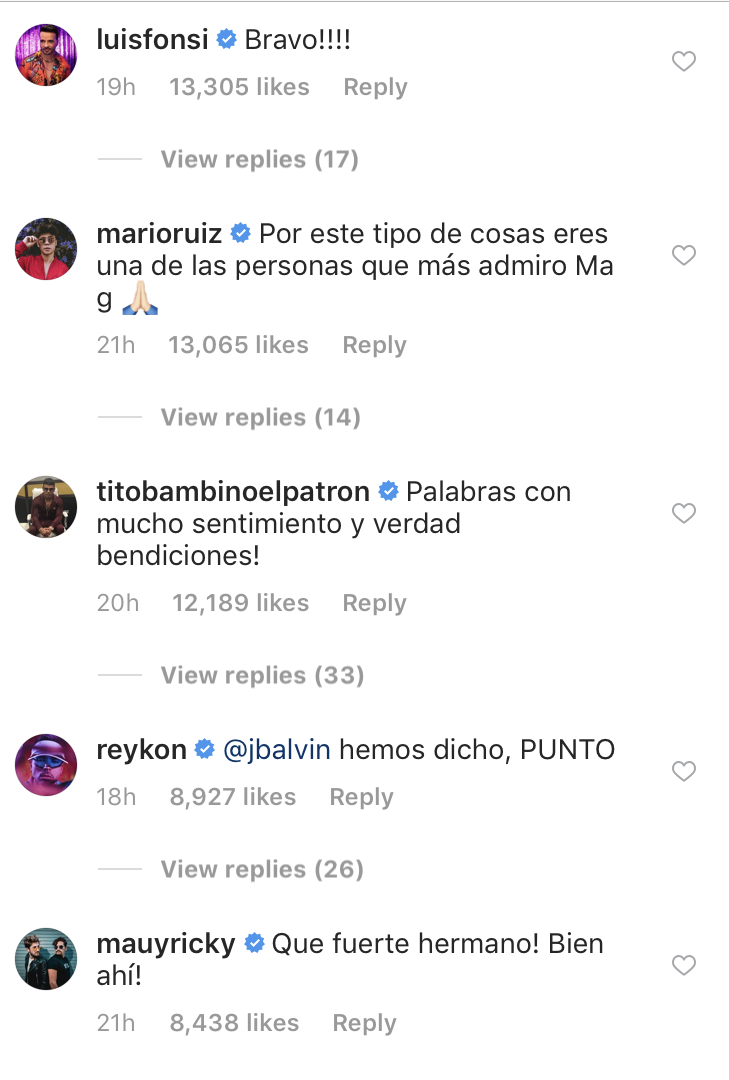 Viral Latin trap star Anuel AA is facing criticism from several artists for commenting “Amen” on Balvin’s post. The Puerto Rican rapper was recently released from federal prison after being arrested in 2016 on gun charges, and has risen to fame despite his explicit lyrics. Fellow artists and fans are claiming the post was directed at him, and pointing out the hypocrisy in his comment.

The Colombian superstar replied to Anuel showing respect for his difficult upbringing, but also called on him to evolve his music. “Simply transform the pain of the past into progress; your change is going to create change in the kids who follow you,” he wrote. 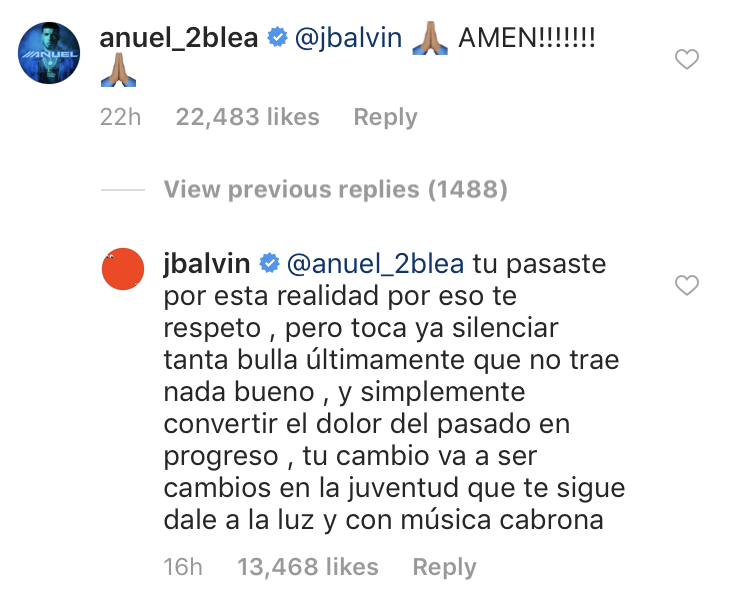 Though Balvin’s post has been largely met with support from industry gatekeepers, some artists disagree, arguing that entertainers should have the freedom to explore whatever topics they please in their music. On Instagram, Spanish rapper Yung Beef, who became famous through trap group PXXR GVNG, wrote, “Music is music. The streets are the streets. Everyone is responsible for their own actions.” 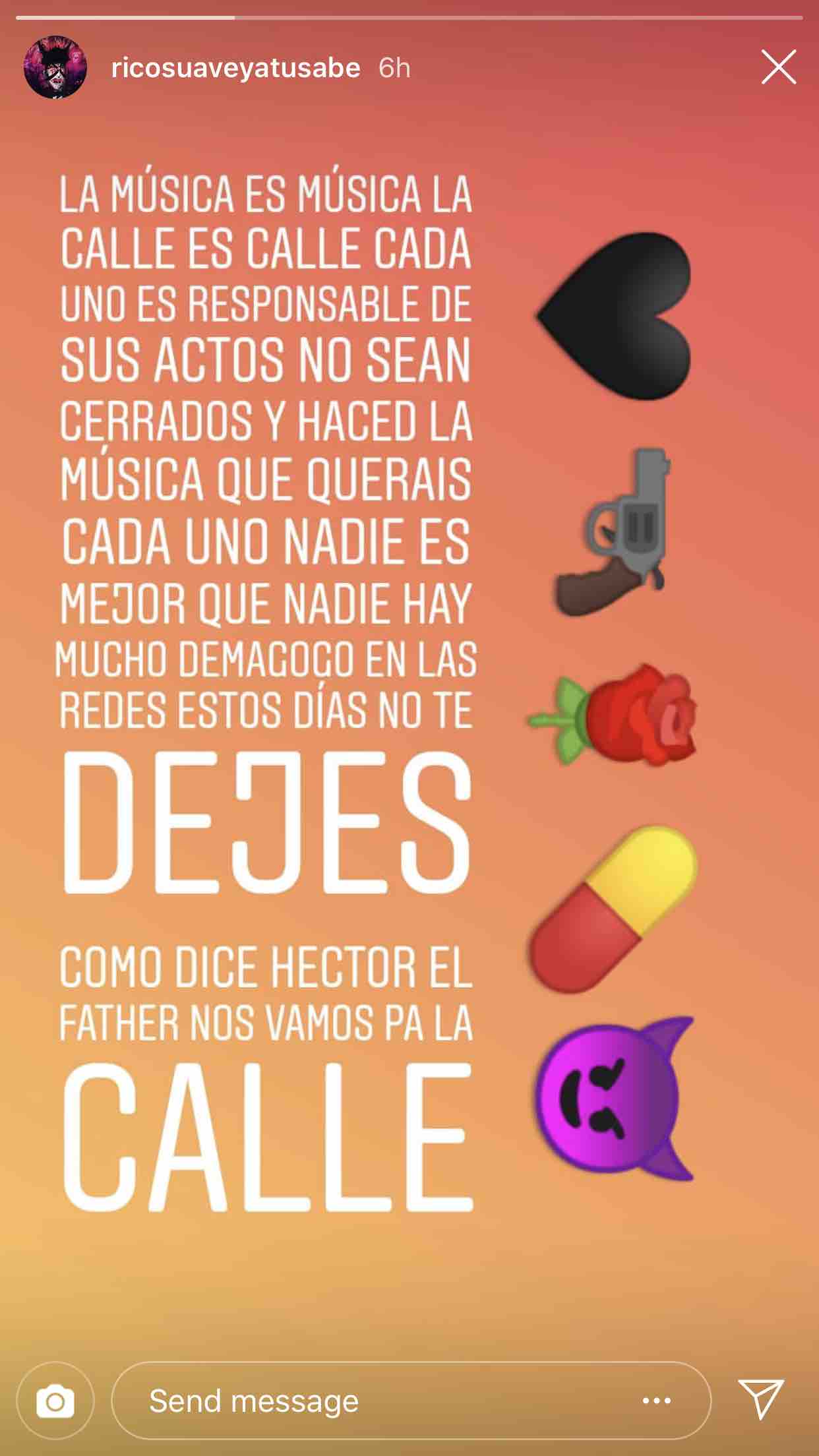 Even reggaeton reina Ivy Queen, who has spent the large part of her career condemning misogyny in the genre, joined the debate, pointing out the double standard surrounding the praise for Balvin’s post. “And the initiative to stop denigrating women with disgusting lyrics…pa cuando?” she asked. “If I defend the position and recognition of women, I’m viewed as a bitter downer…they give me exposure on platforms, but then my male colleague is seen as a hero for sharing his opinion on violent content,” she tweeted. The comment is particularly timely in the #MeToo era; reggaeton and trap’s top stars continue to face backlash when they objectify women and rap about gender-based violence in their songs.

Decades after its inception, reggaeton continues to fuel controversy surrounding its complicated race, gender, and class politics. It seems critics, fans, and artists will continue to debate perreo with the same fervor they did decades ago.