It’s been 10 years since Spotify launched and transformed the way we consume music, creating new ways of tracking artists’ success and sparking conversation on the role streaming plays in the music business. To mark the occasion, the platform just shared new information on its most-streamed artists and songs over the last decade.

While the data shows that streaming mainstays like Rihanna and Ariana Grande regularly find their way to the top of the charts, Latino artists have had a longstanding following on the platform, garnering listeners from across the globe. As expected, most of the top artists are mainstream pop and reggaeton heavyweights. According to the report, Shakira is the 10th most streamed woman on the platform, while in 2014, Pitbull became the 10th artist to reach 1 billion streams.

And of course, the influence of global pop hits is also present. In 2011, Don Omar’s “Danza Kuduro” was the platform’s most streamed song, while the remix to “Despacito” makes an inevitable appearance as the seventh most streamed song of all time.

Head over to Spotify for the full report or check out the infographic below. 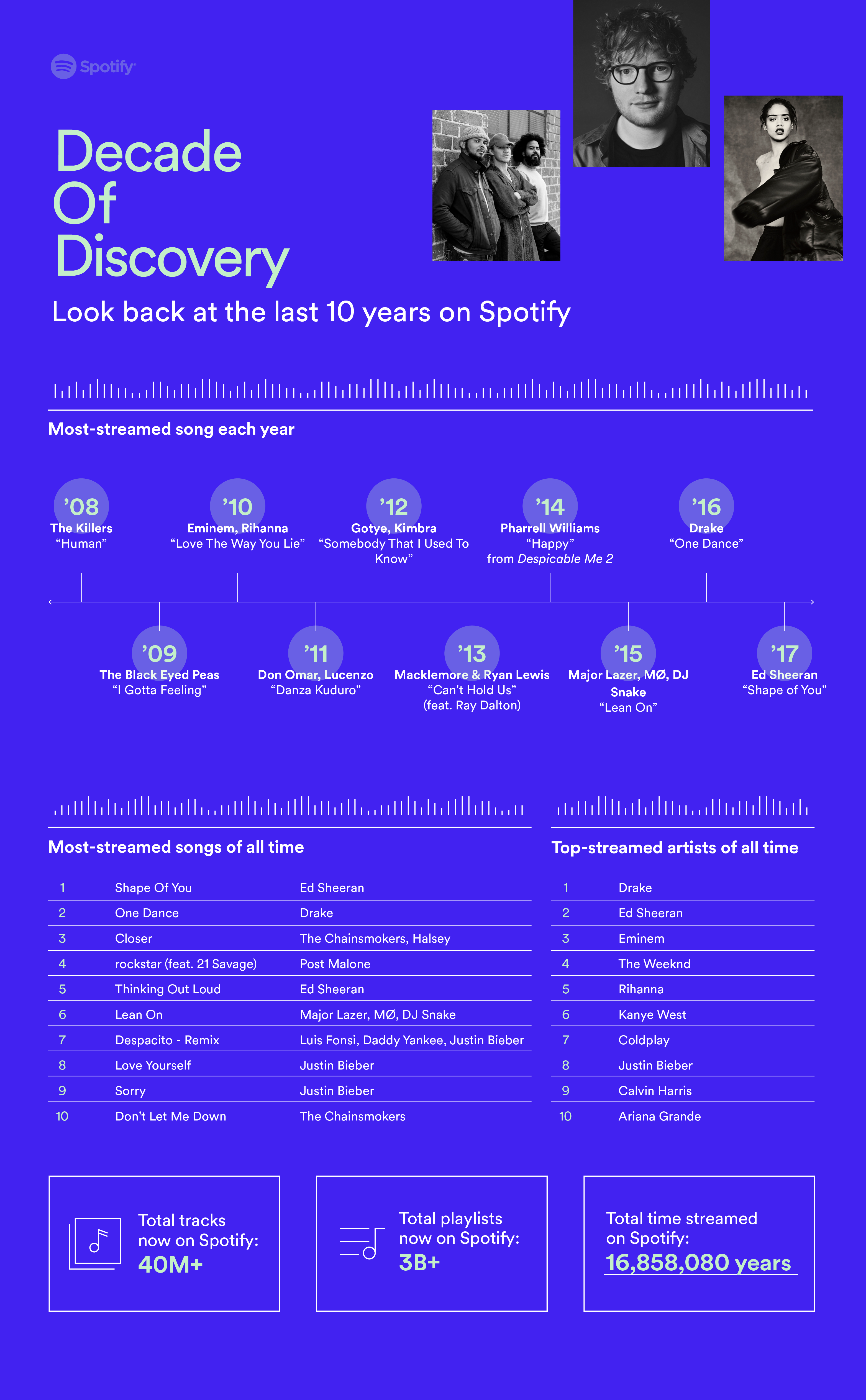