“The world of R&B intimidates me because it comes hand in hand with an entire culture – Black culture – which to a certain degree is being appropriated right now,” Fer Casillas says, sitting down with Remezcla after a photoshoot at Kiosco Morisco in Mexico City’s perennially charming Santa Maria de la Ribera neighborhood.

“I insist on not getting married to R&B because that isn’t strictly what I do. I often get called a neo-soul artist,” she adds. “I love [R&B], but I’m also conscious that I’m not of that world. There’s a certain way of dressing and moving across a stage that doesn’t come naturally to me, so I’m not sure if I even fit in. There is a lot of hype right now, but there’s also lots of layers people aren’t discussing. It’s very easy to assemble nostalgia, beatmakers and fashion and turn something into a phenomenon.”

R&B has been bubbling as the next major wave to sweep through the Latin American indie underground – with notable acts everywhere from Chile to Brazil and Venezuela. For years we’ve kept an eye on Mexico’s snowballing scene – spanning the foundational work of Finesse Records through acts like Girl Ultra and Jesse Baez (who is Guatemalan but found his footing in Mexico), to the new generation of scrappy upstarts alchemizing DIY production techniques into sizzling beats and trends from the creative safety of their bedrooms. And Fer Casillas embraces this movement, while also realizing its limitations. 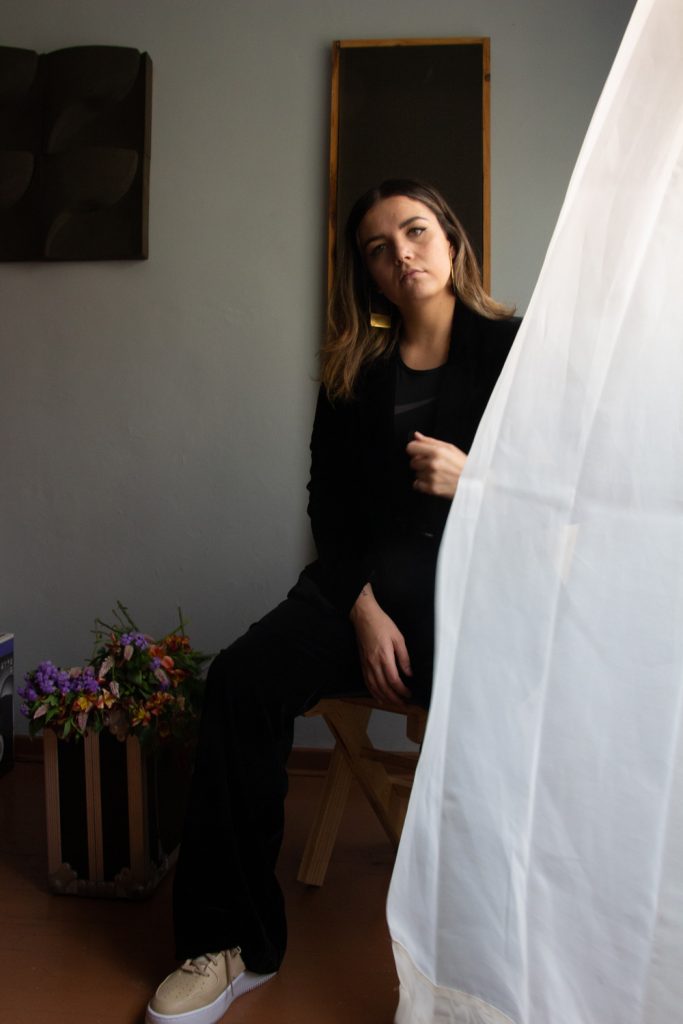 One of the most notable stars to emerge from this vibrant national ecosystem, Casillas is an effervescent Monterrey native who’s broken away from the pack with gauzy, sensuous songs crafted upon lush orchestration; frequently dipping into jazz and soul, and providing a sharp contrast to the digital sound currently in vogue. 2019 has been a banner year for her, closing the promotional cycle for her two-part Imágenes de Olga album, showcasing at SXSW and embarking on a nationwide tour with scene prima Noa Sainz. Capping her year in spectacular fashion, Casillas also received a surprising and deeply affirming nomination for Best New Artist at this year’s controversial Latin Grammys. However, despite the hard miles and well deserved accolades, the Mexican chanteuse is still not certain if the R&B label accurately describes her work or the context in which it lives.

Casillas’s words aren’t necessarily intended as criticism, but they certainly invite reflection. Her musical references mirror those of peers who constantly invoke legends like Mariah Carey, D’Angelo and Usher, while also ignoring much of the genre’s countercultural roots. In fact, this is one of the principal criticisms leveled against a burgeoning scene that seems overwhelmingly steeped in hypebeast buzz, nostalgia for a time not lived, near universal U.S. influence and a glaring absence of Blackness. 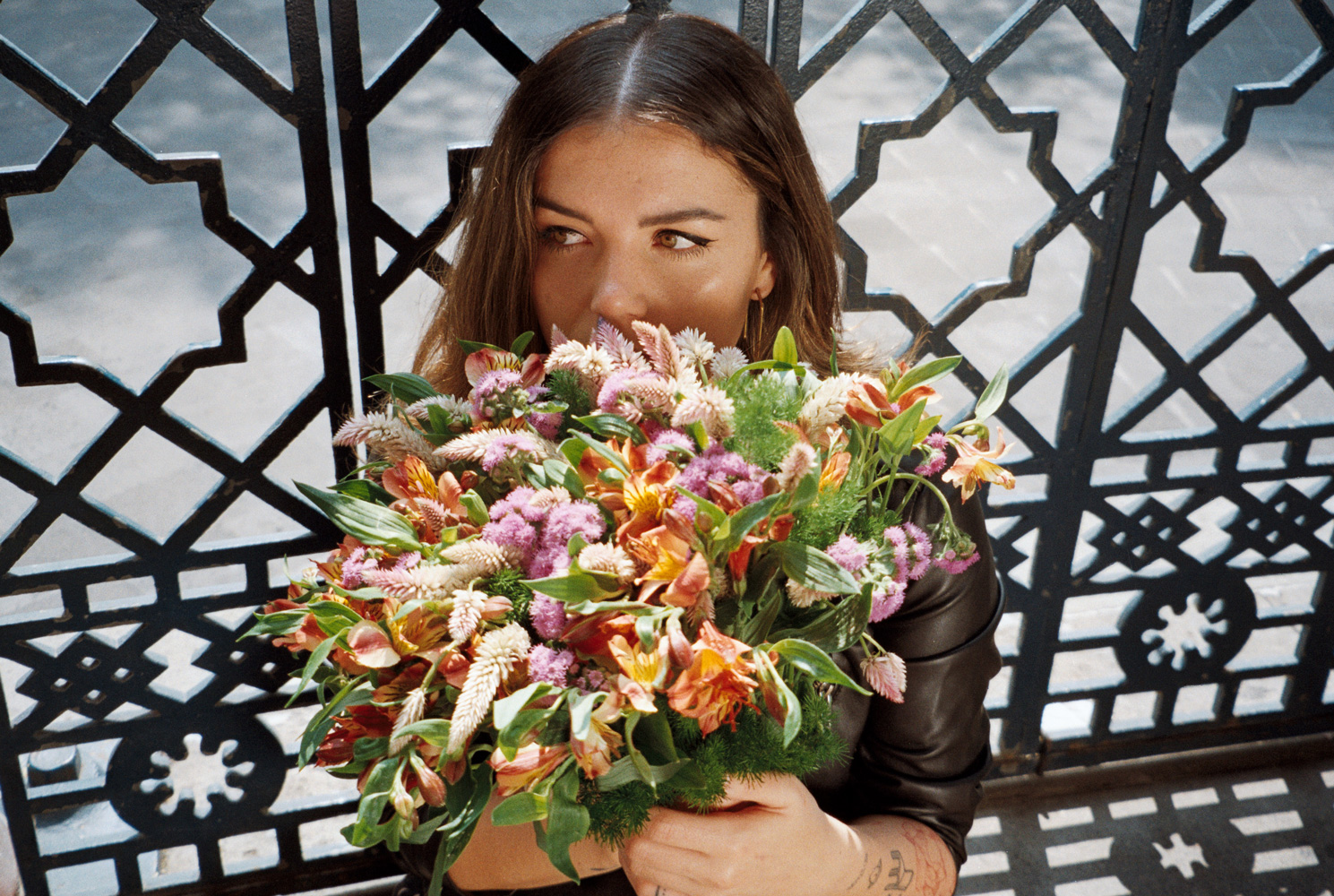 The 29-year-old singer is chatty and refreshingly self-aware, arriving in a mad dash but prepared. She talks about the wild summer spent working at a butcher shop in Seattle (she is vegetarian) and the newly unveiled Tecate Pa’l Norte lineup (we agree the Alejandro Fernandez headlining set is unmissable). She’s dressed in all black: button-up dress, boots, leather jacket and a well-loved pink backpack on her shoulder. The look is elegant with a necessary element of practicality to survive the rest of her stacked schedule, which includes finding a red carpet-worthy outfit to attend the evening’s Lunas del Auditorio awards and team strategizing ahead of her Las Vegas trip for the Grammys.

As the day progressed, I learned she studied interior architecture and would often spend time tinkering in the studio with Teen Flirt when she was 17, years before the founding of Finesse Records. Casillas fell in love with US pop and R&B as a child of the border, enamored with imports from family and friends, and the urban chic unfolding on MTV and shows like TRL. Border proximity is a recurring storyline for many trap and R&B-oriented artists of the region, like Méne and Kiddie Gang. In the case of Casillas, at a time when alt-rock from La Avanzada Regia and happy punk acts like PXNDX dominated the Monterrey airwaves, she was mimicking Ashanti and singing along to the Backstreet Boys. 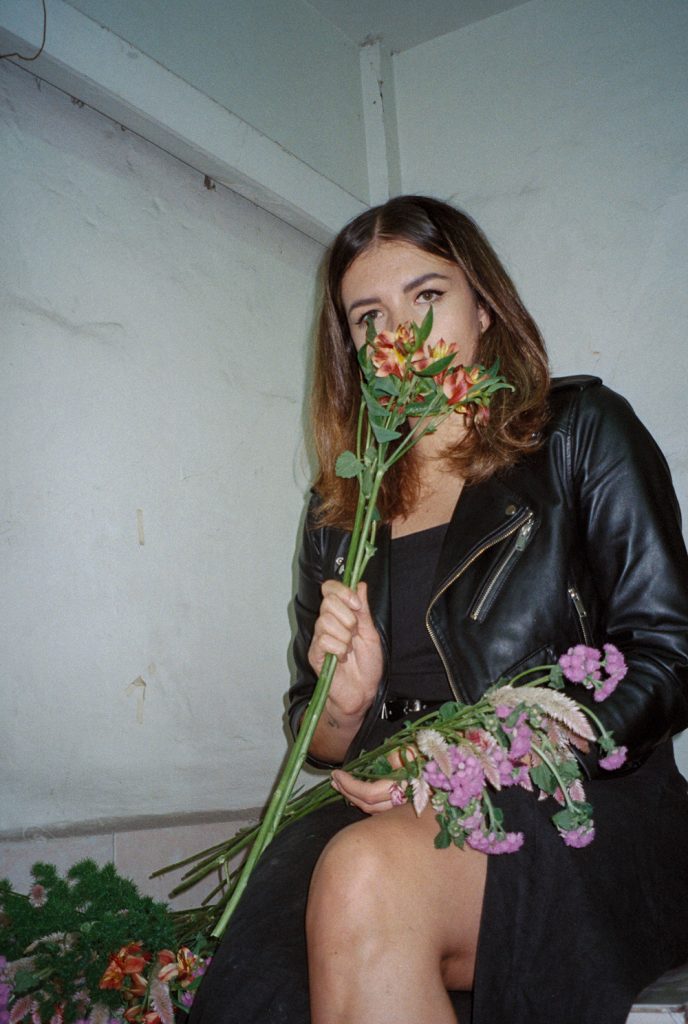 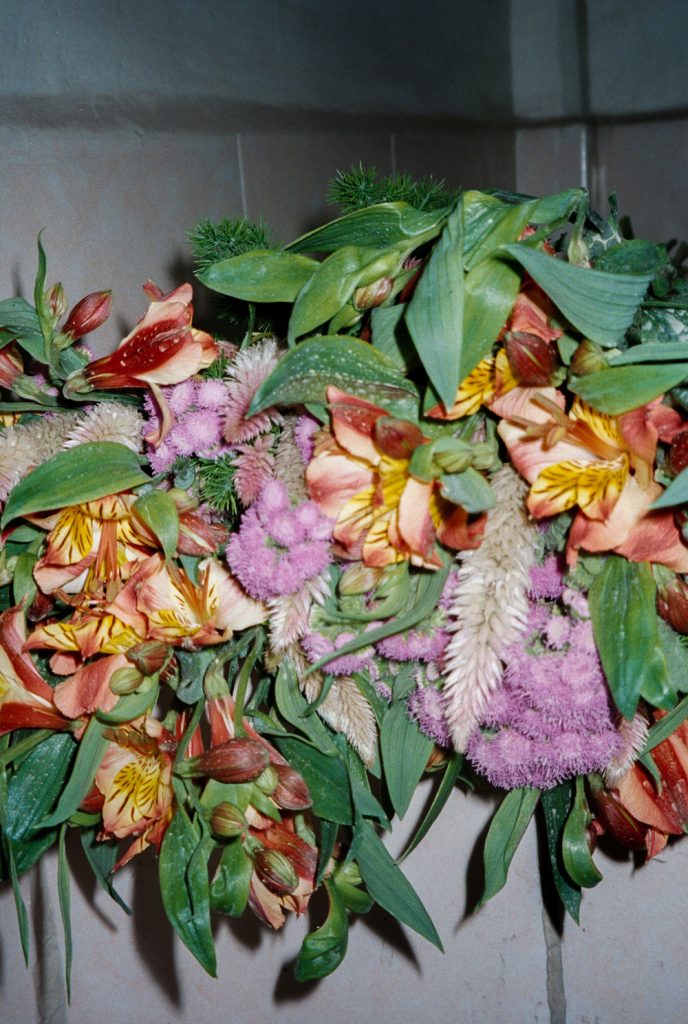 Casillas didn’t fully succumb to the musical siren’s call until she was 21, when she started performing in a local jazz cover band called The Tellers, and later as part of folk-pop duo Las Delailas. Casillas grew up in an unusually sonorous home – her mother was a music teacher and her father a doctor with an extensive jazz record collection, whom she describes as a frustrated musician at heart. However, perhaps the most influential force in her musical pedigree was her grandmother Olga, who began teaching Casillas how to sing as a young girl. A classically trained opera singer, Olga turned down an invitation to join the Milan Opera Company, instead marrying and starting a family in the city of Tampico, Tamaulipas. There, she taught vocal and guitar lessons to local children, later starting a group called Cuerdas y Voces Infantiles de Tampico, which recorded several albums and toured extensively, even appearing on Siempre en Domingo.

“I wanted to dedicate [Imágenes de Olga] to her because she gave up her dream to have a family and I was the only one who fully pursued it,” says Casillas. Tracks “Imágenes” and “Olga” pay direct homage to her grandmother – the first a cover of the Frank Dominguez classic, which Olga recorded as an unreleased demo, and the latter inspired by a recurring dream where she would manifest to Casillas as a little girl. “It was a way of giving her music a second life,” she adds affectionately.

Imágenes de Olga was produced by Colombian hitmaker Juan Pablo Vega, who aimed to elevate the stripped-down jazziness of her 2017 solo debut, Strangers. Songs like “Quédate” and “Como el Aire” are far more melodic than their predecessors, driven by robust analog percussion and atmospheric synthesizers. But the transition into a more processed sound made Casillas uneasy, with much finessing required before she reached a healthy middle ground with her new collaborator. 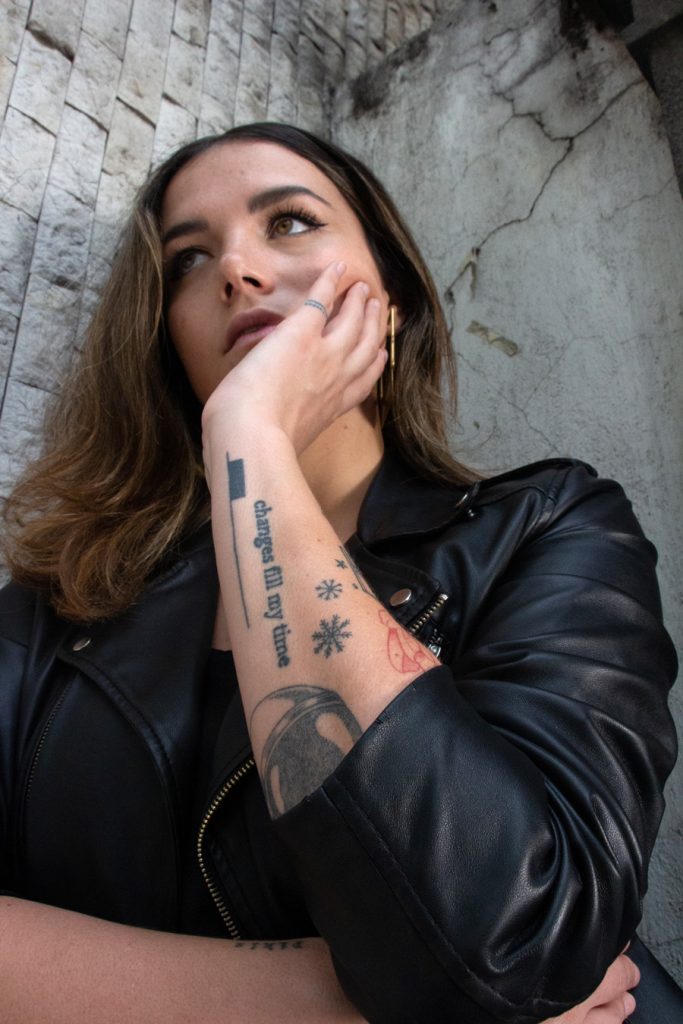 “I remember the first day of recording I went to bed super uncomfortable,” she reminisces. “The song sounded spacey, kind of galactic. Juan Pablo was using Juno [synthesizers] and vocoders, and that wasn’t me so I was super worried.” The next day, Casillas shared her apprehensions with Vega, going back to that first song, “Cuando Volvamos al Mar,” and conceiving a futuristic Etta James vibe that set the tone for the remainder of the recording process. Over time, Casillas has no doubt grown more comfortable with forays out of her comfort zone, recently appearing as a featured vocalist on Mexican rapper Sabino’s “Nuevequince” and trap-flavored end-of-year bop “Ladrones,” alongside SUPIČIĆ and Tomassetti.

With the album cycle now over and a Latin Grammy nomination under her belt, Casillas is eagerly looking forward to the myriad upcoming projects she has under wraps. During our conversation she teases an experimental new EP scheduled for spring, and another more conventionally R&B-leaning record for the fall. She also expresses a desire to head to New York for a season, interested in working with local producers like Nick Hakim and Linda Briceño – also an opportunity to break away from the inevitable sonic homogenization of the Mexican scene.

“I just want to keep putting out music,” she says as our conversation comes to a close. “If you don’t keep releasing music, people forget about you. And I’m just getting started.”