Gabriel Garzón-Montano’s music is the sonic antithesis to aggression. It doesn’t so much demand attention as it coaxes you out of your own shell, each listen peeling back another layer to reveal an achingly beautiful bloom. On Jardín, his debut LP for Stones Throw, he laces laid-back, funky bass lines with warm melodies and a raw, infectious lilt. The BPM rarely breaks double digits, but it’s anything but sleepy — he’s just not in any rush.

Garzón-Montano has always taken his time to drop new music. Before Jardín came out, he’d only released six songs since 2014, though he got plenty of mileage out of them. Mayer Hawthorne found a copy of his debut EP Bishouné: Alma del Huila and passed it along to his managers, who then became Garzón-Montano’s managers. When his longtime friend Zöe Kravitz played it for her dad Lenny, he invited Gabriel to open for him on an arena tour throughout Europe. When she played it for Drake, he was so enamored that he built “Jungle” around the EP’s opening track, “6 8.” But despite the boost from some famous friends, he’s never doubted that even without the help, eventually the music would find its audience.

“I found that it really accelerated my progress,” he admits. “But I really feel like the heart of what is appealing about the music is something to do with its essence, how it’s made, and what it sounds like.”

If there’s any artist whose palette he draws from often, it’s the Purple One. He has a vivid memory of the first time he heard Sign o’ the Times, the 1987 Prince album that’s often cited as the artist’s most daring work. When he was 15 years old, his mother’s boyfriend at the time had a studio on East 31st Street in Manhattan. One of his chores was to scrub the studio’s hardwood floor, which was made up of 12” x 12” squares. The boyfriend put on Sign o’ the Times, and told him to scrub one tile per song. “It was like, ‘If I Was Your Girlfriend,’ then meditate, then ‘Strange Relationship,’ and you know…that was it,” he says. “His voice was all high and little bit chipmunk…so I was like, ‘This guy sounds like a woman,’ and the bass playing was so funky, but I didn’t like how the drums sounded. It was the 80s, and it was really throwing me off, but I was so into it.”

“I like the idea of tickling someone’s brain…never resolving a tension.”

While that sound certainly betrays an artist who has studied the purple arts, its complexity is a bit harder to pin down. His earliest musical education came from his French mother, a mezzo soprano singer who studied at the Mannes School of Music and played piano, cello, saxophone, and percussion. She sang in the church choir at All Souls Church in Manhattan, but was also friends with Meredith Monk and Theo Bleckmann and embedded in the downtown scene, hanging out at venues like The Stone.

“Growing up, I guess it was just a lot of classical music,” he says. “Music from Brazil, tango…less pop music. Definitely no hip-hop.” As he started buying his own CDs at Tower Records (RIP), he graduated from Red Hot Chili Peppers, Will Smith, and Sugar Ray to Nirvana, Radiohead, and Jimi Hendrix. Then came Biggie Smalls, The Velvet Underground, and A Tribe Called Quest. “When I listen to music, it’s definitely as if I’m eating food,” he says. And consciously or not, that nourishment informed his perspective. Once you have the map of his musical education, you can hear all those influences, filtered through his own lens.

That lens is bifocal; Garzón-Montano grew up with a French mother and a Colombian father. With light skin and without an accent, he always identified as white, and his 100 classmates at his tiny Waldorf prep school in Manhattan never challenged his whiteness. “I never had really a crisis with my Latinoness until I was in college,” he explains. “At first, I never understood why people needed to come together and talk about being first-generation Americans. I was like, that’s just a bunch of whiners sitting around in chairs getting funding from the school. Which is just classic judgment, not understanding something or not giving into vulnerability or empathy at all.” But as he settled into a music program at SUNY Purchase, he was exposed to young artists from diverse backgrounds, which offered him new perspective on the experiences of marginalized communities.

“I never had really a crisis with my Latinoness until I was in college.”

You can feel that multiplicity throughout Jardín. Sure, a few song titles are in Spanish, but the conversation with his myriad identities is more melodic and harmonic; it isn’t sonically indebted to Latin American rhythms, but perhaps those rhythms as they are imagined. “In the chords, and the harmony, and the concept with the lyrics…I get a little headier with it,” he says. “The groove and the whole execution is all about just meditating and zoning out of all that stuff. It’s European and Latin — like my hips condemn the frigid plains of my mind for their austerity.” He thrives off the tension, consciously teasing the listener, toying with their expectations. “I like the idea of tickling someone’s brain…never resolving a tension. You can find that a lot in the music.” 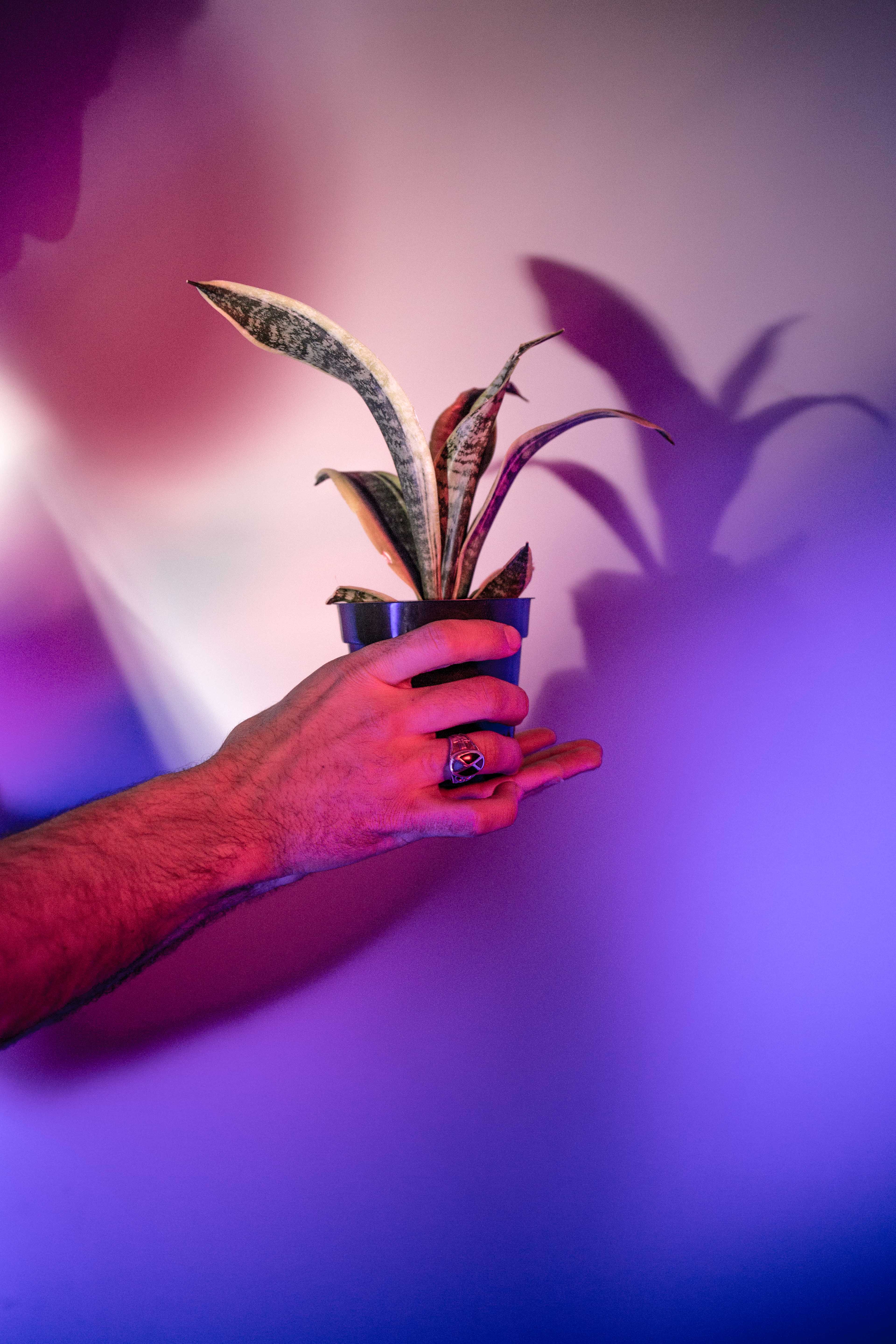 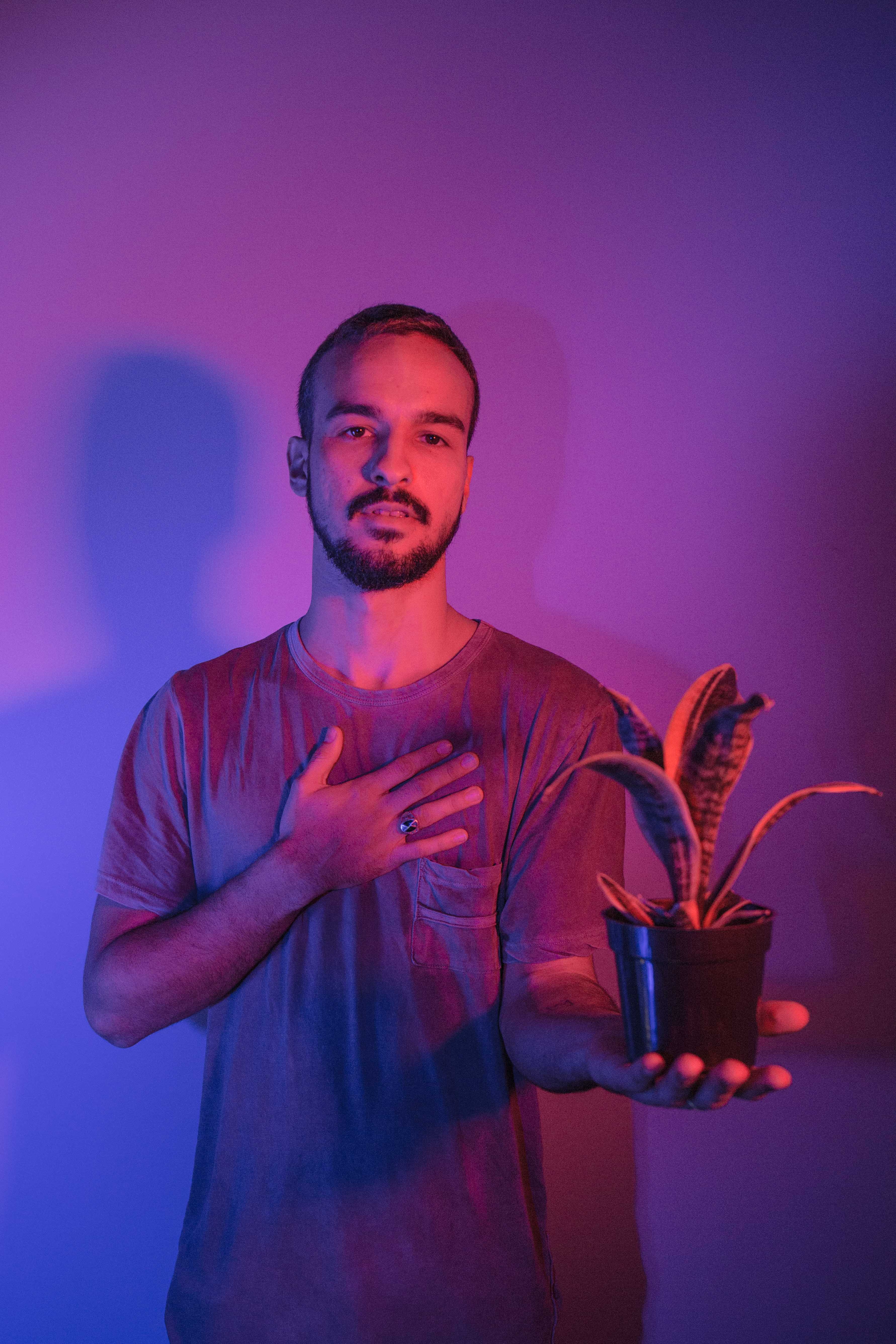 His writing process is very much a solo endeavor, and for the most part, so is recording; he played every instrument on Bishouné: Alma del Huila himself. For Jardín, he brought in his touring partner David Frazier to do drums on a couple tracks, and brought in players for the string parts (on “Trial,” for example). He seems unlikely to cede the total control of the process anytime soon (“I never was really interested in becoming a beat-maker or producer,” he says), but his idea of perfection hinges more on mistakes than you might think. Garzón-Montano records directly to analog tape, intentionally keeping takes with mistakes or his “homely bass playing.”

Playing the songs live has certainly shaped his perspective, from embracing the challenge of taking private bedroom compositions and sharing them from a stage, to understanding his music’s native environment. After that first tour with Lenny Kravitz, it became clear that an arena was no place for his songs’ hushed tones and nuances. “That [proved] to me that my music has no place in a stadium. It’s one thing to have a beautiful idea, and then to make a recording, which is what I do best. And then to carry yourself in a certain way and to go out into the world and get on stages and do that whole dance in the face of a lot of…it’s a whole different thing. But it’s really the one that I guess cements the deal. It’s how you show up.”

Garzón-Montano’s latest challenge is managing the frustration that accompanies working with labels that want simultaneous vinyl and digital releases, which, with the backlog of vinyl production, tacks a few extra months onto a release schedule. It’s now been a year since the masters for Jardín were finished, and it’s only now being released. It makes it difficult — but necessary — to reconcile the glacial pace of his writing style with a culture that consumes music at a rabid pace. “I see how people get rewarded for the stream of consciousness,” he says, “just throwing shit against the wall in terms of what they’re saying and how their melodies are flowing, and the very conversational music that’s been happening lately. It’s part of the originality, and part of what I think is valuable about making art nowadays, which is that you have the option of actually being real in a world that sometimes rewards it and sometimes ignores it.”

Gabriel Garzón-Montano’s Jardín is out now on Stones Throw.