From the neo-soul stylings of chola princess Kali Uchis, to the punk cumbia outrage of Malportado Kids, all the way to the border kid grime sensibilities of Houston’s Svntv Mverte, 2014 has been a solid year for artists creating genres and subgenres that defy–and maybe even negate–classification. As the growing digital dialogues between the U.S. and Latin America carve out new scenes worldwide, we’ve watched these artists cut swift paths to their own notions of success.

We’ve compiled a list of 12 of the most promising acts we’ve come across this year, presented in no particular order below for your adoration.

Houston’s darkwave power duo Sines and Panchitron joined forces this year to create Svntv Mverte, a production project paying homage to Mexico’s cult of Holy Death. Since emerging on Soundcloud with a series of edits reworking Kingdom, Nguzunguzu, and Visionist, they’ve proven their prowess at keeping up with overcast club trends while managing to throw a border kid perspective on their remix flips.

Check out their exclusive Día de los Muertos mixtape for Remezcla, showcasing an underworld of their own making where dembow a capellas, grime instrumentals, Bobby Shmurda beats, and Dirty South anthems collide.

Puerto Rican outfit Buscabulla started off the new year right when they won of Converse/Guitar Center’s “Get Out of the Garage!” competition, which linked them with Dev Hynes, a.k.a. Blood Orange, for production duties on their debut EP. The already solid following after singles like “Sono” positioned Raquel Berríos and Luis Alfredo del Valle for a breakout year, and we saw the results in their slow-burning electropsych Buscabulla EP, which Parisian electronica label Kitsuné picked up.

Check out Raquel’s interview with Remezcla, where she discussed the new album, New York’s experimental music community, and the late Gustavo Cerati’s impact on Puerto Rico.

Smurphy, a long-time figure in DF’s sweltering underground scene, has come into her own as a solo artist after accumulating experience as part of synthpunk band Post-Pastel and retro acid house outfit Supermad. This October, she released her #Geminiss EP, described by Remezcla’s Marcos Hassan as”urban, weird, spacey, hazy and, above all, dancey,” with all tracks appropriately timed for a 4:20 duration.

As Smurphy put it, “I’m going to stop fucking around and do what I have to do.” And the results are brilliant.

Live and direct from la Ciudad Amurallada, Puerto Rico, Álvaro Díaz was on his grind this year, putting out new tracks and videos at a rapid-fire clip, touring steadily, and retweeting fans like there is no tomorrow. His efforts are paying off. Feel-good track “Mañana,” debuted on Puerto Rican radio this fall, and the yung emcee recently got to showcase his pitched-down vocals, 808 kicks, and clever punchlines as an opener for Calle 13 in Mexico. Díaz sits tight with a new wave of artists–Füete Billēte, Mike Towers, and quasi-extraterrestrial emcee Jazz Bandana among them–throwing parties, dropping albums, and generating some serious buzz in Puerto Rico’s underground. We’re excited to see what’s next from him.

Princess Nokia cut a swift path to success in 2014. While the young singer has already gone through artistic transitions from Wavy Spice to becoming Princess Nokia, she’s creating a strong following by stringing together what could be seen as disparate cultural elements–anime clips, drum n bass, rave sentiments, and uptown roots–into a nuanced, frenetic artistic output that culminated in her Metallic Butterfly release this summer.

With this quick-moving momentum, Nokia continues to hold down her show on Know-Wave Radio called Smart Girl Club, an intentional space for girl power dialogue.

Providence, Rhode Island’s Malportado Kids deserve more shine. Just after the new year they dropped The Mi Concha EP, a techno-tropical release unleashing unapologetic frustrations to the beat of punk cumbia. They’re seemingly always on the move, playing in radical DIY communities up and down on the eastern seaboard of the US, but Victoria Ruiz and Joey L DeFrancesco also find time to work as labor rights activists by day while also penning socio-political critiques like their collaborative piece for Impose Magazine, “Black Friday vs Black Lives Everyday.”

As Remezcla’s Afroxander put it best, “Who says you can’t dance or have fun while dismantling a racist & sexist patriarchal society?”

With a rapidly growing following, a deal with Atlantic Records, and a public cosigning by Pharrell, Atlanta’s Kap G is using his platform to develop a hip-hop discourse of la migra, racial profiling, and the straight-up hard work of people trying to build something better for their family. Kap manages to tell a very personal yet widely relatable story, getting the crowd mobbing to the sounds of College Park, ATL.

We’ve enjoyed watching Kap both confront stereotypes of Latinos and rep his set by setting his videos in places like the Home Depot parking lot for an O.G. Bobby Johnson freestyle or the kitchen of a taco shop for “Mexico Momma Came From” (below). Having already called in cameo spots from more established names like Chief Keef, David Banner, and Wiz Khalifa, Kap’s positioning himself as more than ready for when that Atlantic Record release drops. We’re more than ready too.

Arca, querido Arca. This young Venezuelan producer has had quite the year, clearing the way for left-field experimental producers to do some Big Things. Alejandro Ghersi’s full-length album Xen solidified the artist’s skill in crafting existential, dread-inducing pieces of chilling soundscapes, still fit for the latest hours of the club.

His ongoing collaborations with artist Jesse Kanda has produced a visual rendering of his alter-ego Xen, which continues to manifest and shape-shift with each video release. With production credits on FKA twigs’ tracks and Kanye’s groundbreaking Yeezus album, and co-production duties for Bjork’s upcoming release on the way, it’s an ongoing pleasure to witness Arca’s versatility unfold.

Spanish QTs Deers made an appearance on the scene seemingly out of nowhere; they started out with a self-released two-track demo on their Soundcloud page and by the end of the year they were opening for the Libertines. Their fresh take on classic rock-era psychedelic sounds have captured our attention, and they’ve managed to keep their momentum strong by releasing cheeky lo-fi videos for tracks like “Trippy Gum,” “Castigadas en el granero,” and “Bamboo,” which was shot in one day between tour stops. Deers have already announced an appearance at SXSW in 2015, so the future looks just as bright.

Colombia-born, Virigina-raised, Los Angeles-based rapper/singer Kali Uchis is a many-edged threat, as the 19-year old artist takes on all fronts of her artistic direction–writing her own rhymes, producing, styling her signature neo-chola look, directing her own music videos, and even organizing a tour that took her home to Bogotá for Festival Hermoso Ruido.

While her Por Vida full-length album is still yet to drop, she’s already amassed a well-known team in her corner, with Tyler, The Creator signing on to produce her debut. Wasting no time, Kali Uchis has been releasing a steady output of teasers for the album, such as “On Edge” with guest verses by Snoop Dogg, “Aunt Wang Syrup Theme Song” with Tyler, or laid-back soul track “Real,” which appeared on Kitty Cash’s Love the Free Vol. II mixtape. From the minute we saw her we knew she was something special, and we’re excited to see what she does in 2015.

If island industrial becomes a thing, our future selves will be able to look back at Brooklyn’s False Witness as one of the originators of the sound. With his Makina EP out on record label slash roaming rave establishment Lit City Records, False Witness samples the urbano stylings of Los Teke Teke, merging the clip with minimalist splices of some familiar club names (Joey Beltram and Armand Van Helden, welcome to the tropical realm).

Repping a constituency that’s too often-excluded from the current “EDM” narrative from which club music originated, False Witness explores open-ended sociopolitical questions surrounding the ongoing struggles of oppressed people of color, while contributing to the #KUNQ collective of like-minded multidisciplinary queer artists.

This year, Ratking graced us with a quintessential New York moment– an album produced by kids from uptown translating the punchy, raw intensity of the next wave of hip-hop in the five boroughs. Formed by producer Sporting Life, and emcees Wiki and Hak, the trio draws from an ear-to-the-ground palette of street culture, revisiting underground hip-hop as a sum of relevant parts, with a sample bank drawing from punk, old-school electronic moments, and soul.

With their debut album So It Goes having been in the works for several years, the lead single “Canal” came straight out of the gate to win widespread favor, even spawning a toned-down remix courtesy of another larger-than-life figure in hip-hop culture, Beastie Boy’s Ad-Rock. 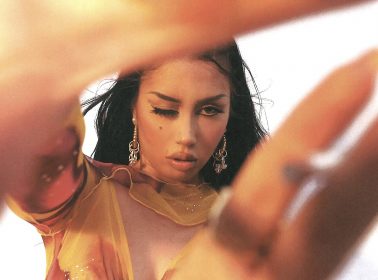 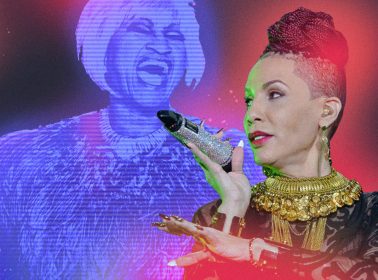 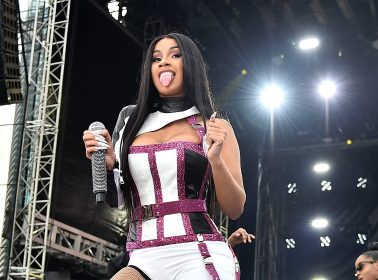 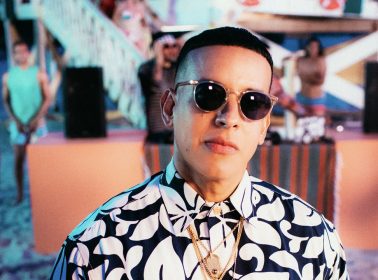 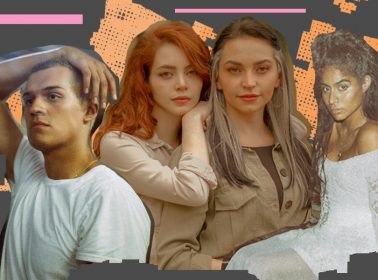 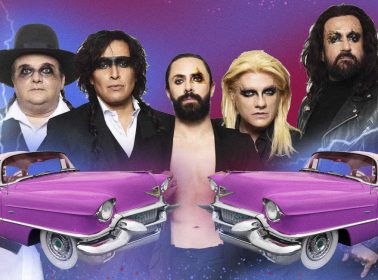 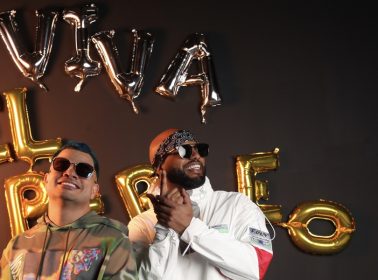