As we survive the last stretch of this cold, cold winter, there’s now another reason to look forward to the summer other than warm weather. Girl Ultra and Clubz, two of Mexican indie’s rising artists, are joining forces to tour the U.S. from coast to coast.

First on the bill is Monterrey duo Clubz, whose long-awaited debut full-length Destellos was released late last year. That project unveiled the most elegant version of their retro-tinted electropop, with guest spots from the likes of Buscabulla and Ela Minus. There’s also Nan de Miguel (aka Girl Ultra), the chanteuse who has become Mexico City’s bleeding-heart R&B diva. On her 2018 EP Adiós, she explored heartbreak and sensuality with a velvety touch.

Both of these artists have a history of collaboration, as they are featured on each other’s respective albums. Girl Ultra lent her vocals to Destellos‘ slow-burning closer “Súper Visión,” while Clubz’s Coco Santos returned the favor on Girl Ultra’s bittersweet and funky “Lejos.” They’re meeting once again, but this time on the road, bringing their acclaimed music to audiences in New York City, Los Angeles, Houston, Atlanta, and more, all with a little extra help from still-unannounced special guests.

Check out the confirmed dates for the Clubz and Girl Ultra summer U.S. tour below, and head over to the website for more info. 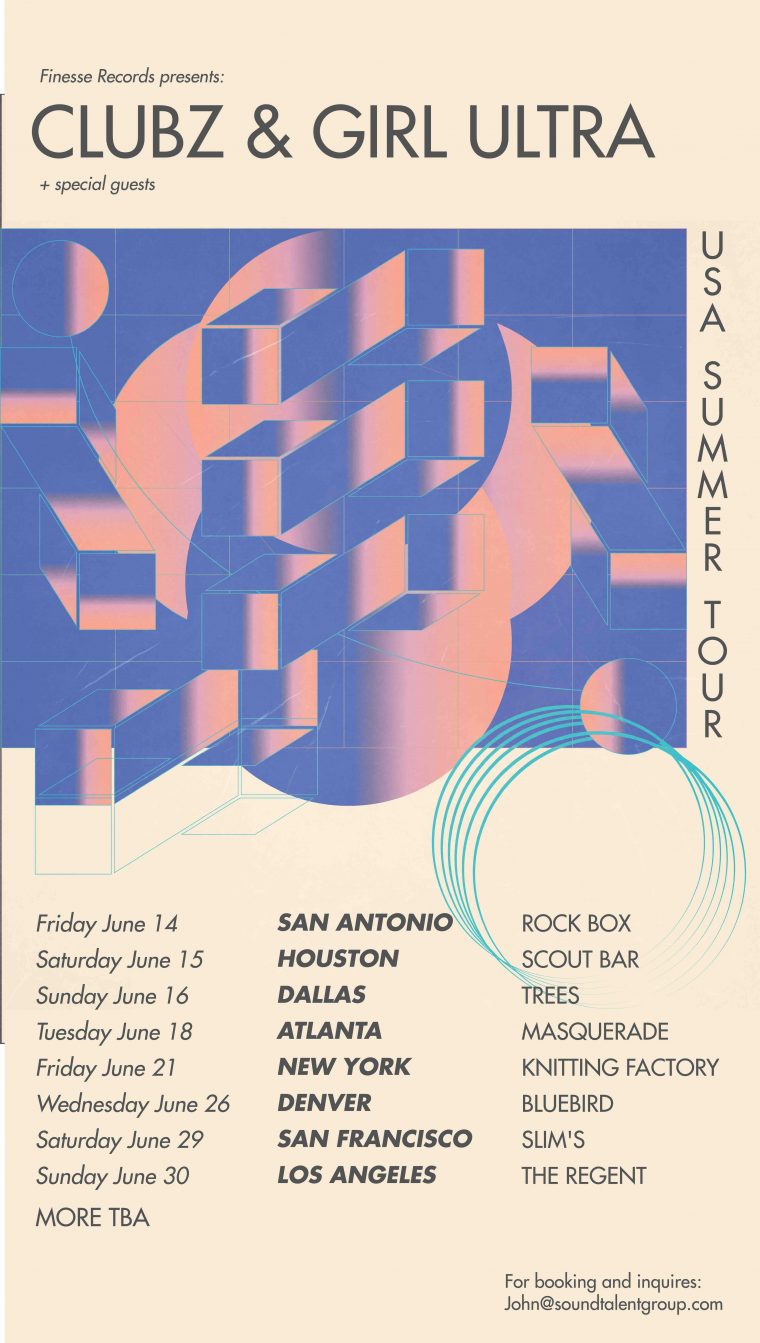