Festival season is almost underway, and with the first day of spring officially here, we can only expect more announcements to come rolling in. The latest news is from summer music behemoth Lollapalooza, which returns to Chicago this summer for another four-day takeover of Grant Park on August 1-4, 2019.

The lineup is headed up by Ariana Grande, Childish Gambino, Twenty-One Pilots, The Strokes, Tame Impala, Flume, The Chainsmokers, and none other than reggaeton titan J Balvin. Luckily, there’s a solid roster of less mainstream Latinx artists slated to perform as well; You can expect appearances from Omar Apollo, Boy Pablo, Deorro, Malu Trevejo, Sonia de Los Santos and more. Rosalía is also performing, rounding out a strong run of summer festival appearances for the Catalan neoflamenco star, who is also playing Coachella.

Peep the full lineup below, and purchase tickets over at Lollapalooza’s website. 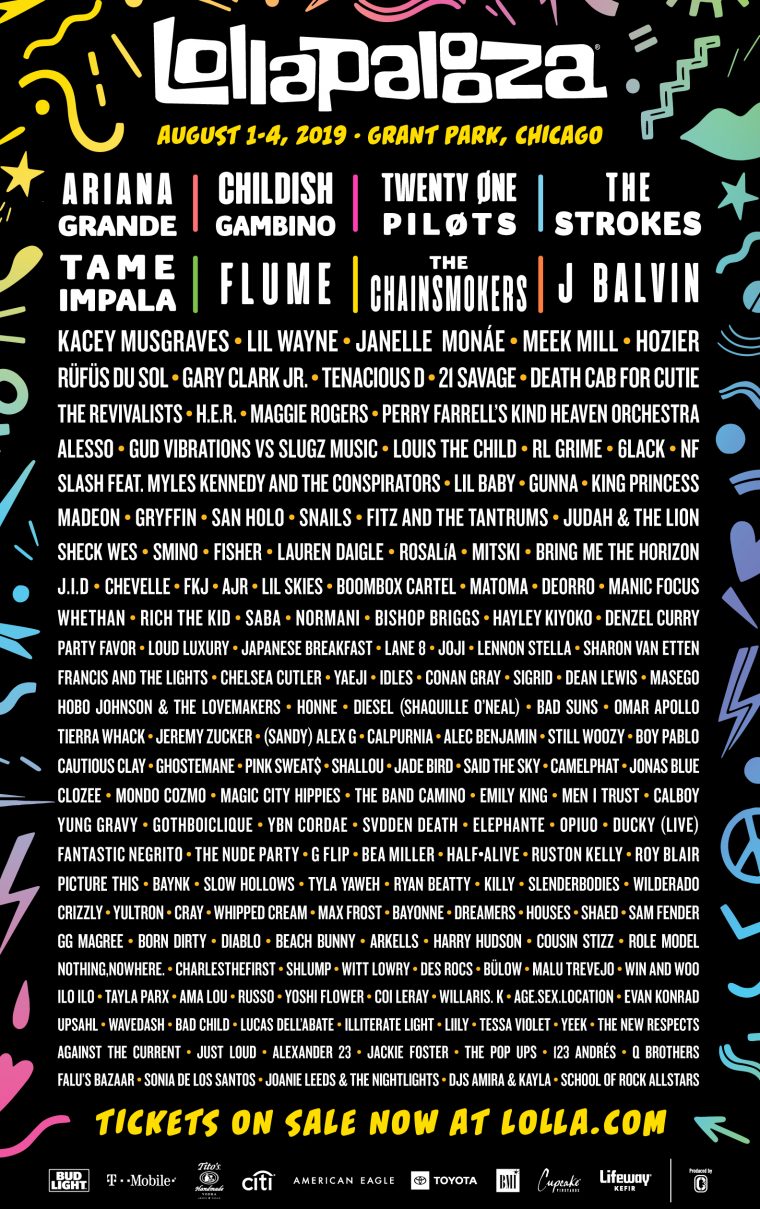