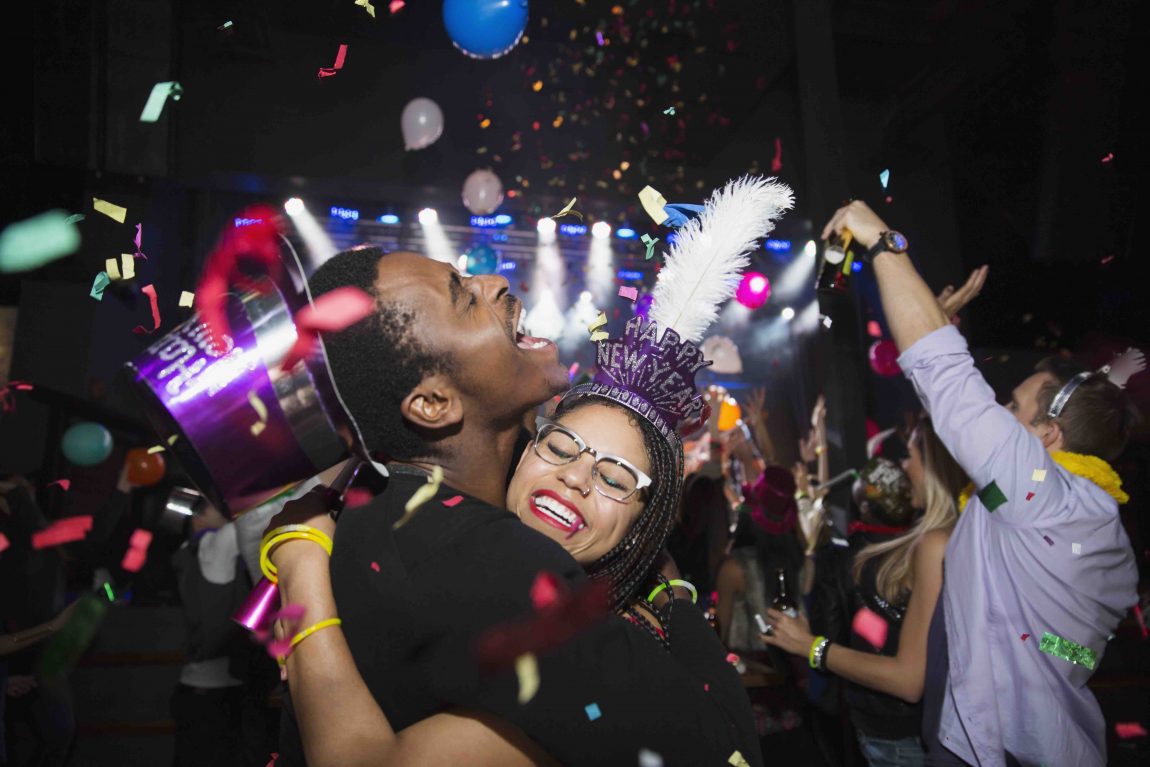 2018 needs to end, and it’s not just so we can start a brand new bodega calendar.

As the world continues to spiral, what used to be a metaphorical opportunity for renewal has now become a desperate race for a clean slate. Forget resolutions: New Year’s is more closely associated with putting bad news and toxic vibes behind us. Whether we’re dealing with political turmoil or our own personal strife, the bridge between one calendar year and the next has become a bright light at the end of an increasingly challenging 365-day long tunnel.

More than ever, New Year’s Eve celebrations are an opportunity for restoration and dance floor therapy, fueled by good company, copious amounts of alcohol, and fire playlists. The spiritual cleansing that comes from a glass of champagne and a midnight kiss is truly rejuvenating and can set the tone for how you take on the New Year. And if you really want good luck and lots of travel in the coming year, scarf down those 12 grapes at midnight, make sure you’re wearing yellow underwear, and take your suitcase for a spin around the block.

Ultimately, New Year’s Eve is about sandungueo. This is the time to dust off the glitz and glam you’ve been saving in the back of your closet so you can stunt on your friends when the clock strikes 12:00. However, in the event you haven’t decided where the night of December 31 will take you, we’ve gone ahead and compiled a shortlist of parties popping off in a city near you. You’re welcome.

Chicago’s Pachanga crew will be putting on one of the most epic New Year’s Eve bashes as they take over East Room in Logan Square. The collective’s resident DJs will kick off the night, while sets by DJ Chava, Daniel Villarreal of Dos Santos, and the legendary DJ Spinn work the crowd into club delirium.

Oakland-based arts and culture publication Wine & Bowties is throwing a New Year’s Eve bash that’s putting a major spotlight on local queer and POC artists and performers. From conceptual dance artist Saturn Rising to reggaeton-bumping DJ collective Amor Digital, the Bay area will be flexing on the dance floor. Throw in a set by APOCALIPSIS jefa Riobamba, and you have a recipe for perreo pandemonium.

Calling all schemers, comrades, and co-conspirators! Come dance into 2019 with us! Show up before 9pm for a free cocktail, costume accessories, and make up booth! Tix at Starrbar.com/revolution.

New York nightlife queen DJ Bembona will be spending New Year’s Eve right at home: stirring the crowd into a frenzy from behind the decks at Bushwick favorite Starr Bar. Drag karaoke hosted by Flippe Kikkee kicks off the evening at 9 p.m., while Bembona takes over at 11 p.m. with guests Austin Lebrón and DJ Alfie. Revolution is in the air, so come work through all your 2018 frustrations on the dance floor.

Ring in the New Year with Los Angeles staple Subsuelo at Caña Rum Bar. Resident Canyon Cody and crew will be spinning the mix of salsa, cumbia, and reggaeton that has made the party a favorite of Angelenos for years. Guest performers include La Tigresa and GMorales, and admission is free, making Subsuelo a no-brainer once the clock strikes 12:00.

With New Year’s Eve falling on a Monday this year, you can expect lots of parties to kick things off on the weekend. Atlanta’s adamantly inclusive La Choloteca collective is throwing their monthly event on December 29, with a theme of Santa Vibras that embraces the season’s sprit of renewal. DJs Esme, Santiago Páramo, and La Superior will be setting the dance floor ablaze and stick around for shows from performance art duo Las Chingonas.

Residents of Chicago’s Pilsen neighborhood have elevated partying to a near Olympic sport, and this year they’ll be congregating at Simone’s Bar to throw down on the dance floor with Chico Sonido and Nacotheque’s Marcelo C. Baez presiding over the decks. Churros and karaoke are also on the agenda, so come early and jump into 2019 sweaty and with sticky fingers.

Chilangos are in for a decadent treat as Mexico City’s Traición crew assembles once again for one of the night’s most hedonistic affairs. Sets by NAAFI fixtures Lao, Oly, and Wasted Fates are not to be missed, while an appearance by Colombian performance artist La Fulminante promises to be a singular high point. Make sure to also pick up one of Traición’s signature polenchos (the party’s provocative and evolving T-shirts), this time designed by visual artist Jusomor.

Texas native Alan Palomo is turning up the heat in his home state, this time with a DJ set at Dallas’ It’ll Do Club. The Neon Indian mastermind is known for energetic sets that collide funky classics and epic dance breaks, so even though we encourage a popping outfit, we also recommend wearing comfortable shoes.

NYE party at the @bootlegtheater come Thru for a psychedelic celebration

Interested in an alternative to a perreo-fueled New Year’s Eve? Southern California rockers The Tracks, Rudy de Anda and The Hurricanes cordially invite you to join them for an evening of thrashing and boozing in East LA’s Bootleg Theater. Doors open at 8 p.m. and tickets are cheap, so come ring in 2019 from the crowded pit.

Happy Holidays, Everyone! La Junta crew here checkin' in with you during these mad times.  The good news is that 2018 is coming to an end and we're about halfway to having that opportunity to make things right again.  The bad news is that we're still only about halfway there.  Nevertheless, it's that time of year to focus on being with family and friends and to take the time to celebrate life together.  With that in mind, we've accepted the call to host our second PIÑA NEW YEARS EVE celebration at EL DORADO DTLA!! Featuring two rooms of music with: LA JUNTA SOUND SYSTEM (Yukicito, Glenn Red, Degruvme) AL JACKSON (Soul Children, Juju) KRISTI LOMAX (KPFK 90.7FM) & a live dance performance by: SAMBA ROYALE feat. Samba USA Queen 2015 NICOLEA PETTIS + complimentary Toast at midnight! Table Reservations available: Email [email protected] to reserve. We had an absolute blast last year and can't wait to do it with you all again.  And let your friends know…we'll be one of the friendliest (and most affordable) NYE events in town!  Make plans to celebrate with us! xo LA JUNTA (Glenn, Yuki, Prescilla & David) 9pm-2am | $10 all night Monday December 31st EL DORADO DTLA 416 S Spring St. Downtown Los Angeles

There will be no shortage of New Year’s Eve parties once the day comes, so in many cases, a local option is preferable. La Junta Sound System’s PIÑA NYE is the perfect alternative for DTLA residents who can run over to El Dorado for a function packed with Caribbean rhythms and live performances by Brazilian dance troupe Samba Royale. Tickets will be sold at the door.

Though Austin usually snags the Texas shine, Dallas is rapidly becoming a major party destination. Cumbia and global bass staple ¡BOOM BOOM PUM! are wrapping up 2018 with a rager at Ruins Bar, and beats by El Hijo del Tarimoro and DJ Don’t Sleep promise to keep Tejanxs lit into 2019.

DJ Anjali & The Kid have been a staple of Portland, Oregon’s club scene for almost two decades, creating spaces for DJs and dancers to enjoy an international mélange of music ranging from bhangra to reggaeton. This New Year’s Eve marks their 18th anniversary, and they’ve invited Club Culo founder Casual Aztec and indie pop duo Reyna Tropical, fresh off their tour with Bomba Estéreo, to take part in the festivities at Portland’s Wonder Ballroom. 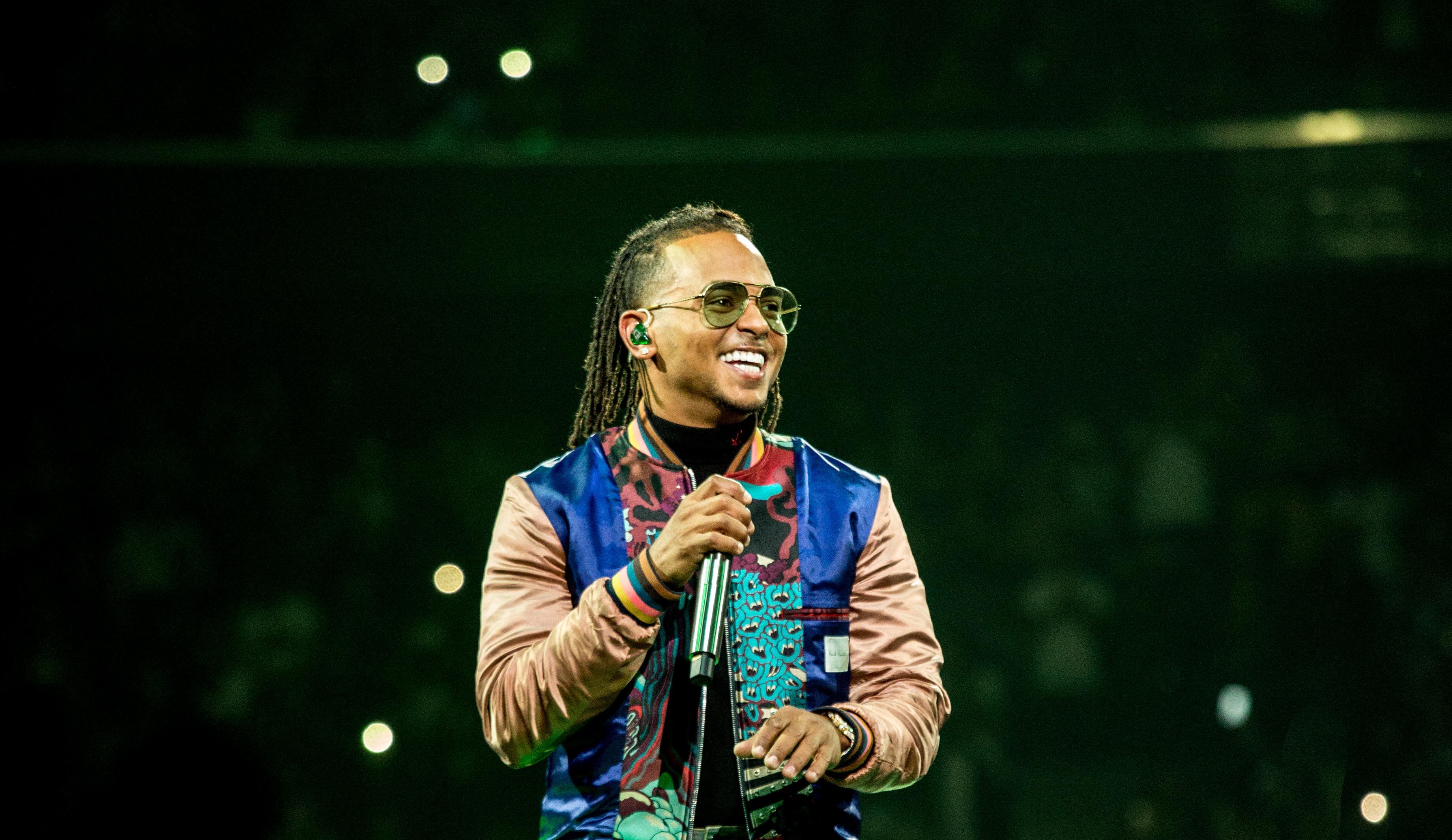 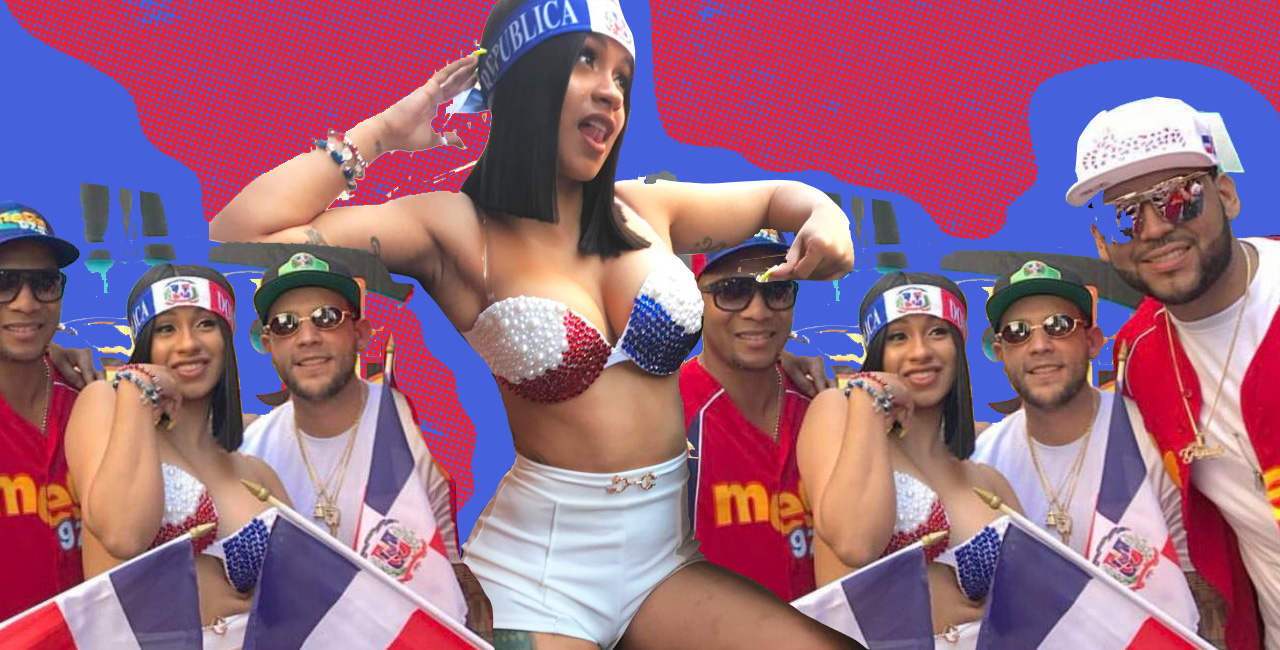