Ivy Queen Responds After Anuel AA Questions Her Title as the Queen of Reggaeton
Search
Music 04.08.19 at 2:17 pm

Puerto Rican rapper Anuel AA is facing criticism from fans for his recent comments on reggaeton pioneer Ivy Queen. Anuel caught heat online over the weekend after he posted an Instagram story suggesting La Caballota doesn’t deserve the honorific of “reina de reggaeton” because she “hasn’t had a hit in more than seven years.” He went on to suggest that chart and streaming performance should be the ultimate measure of artist success. 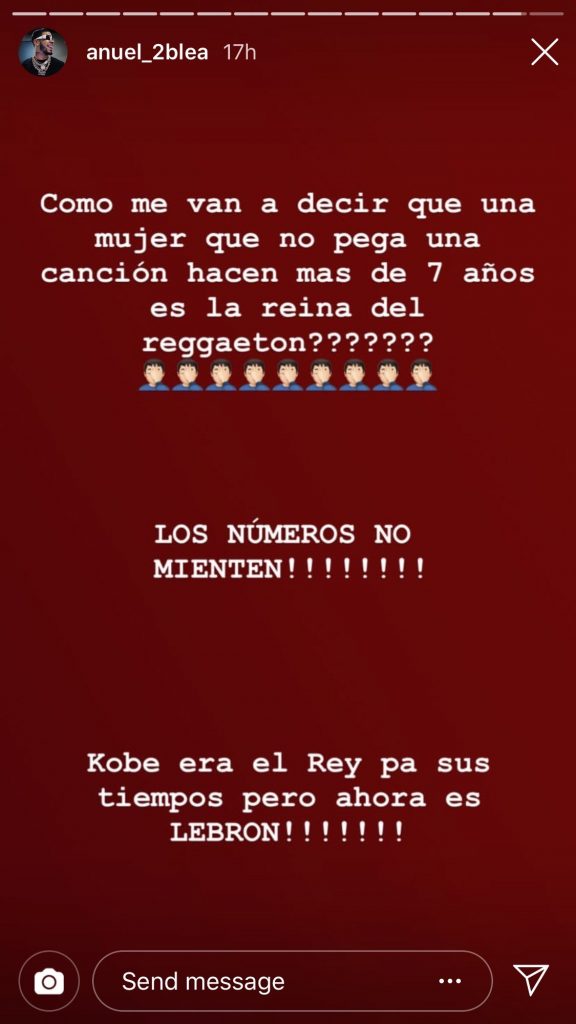 The Internet speculated that Anuel was suggesting the Colombian reggaetonera Karol G deserved to sit on the reggaeton throne today. The pair started publicly dating in February 2019, though they are rumored to have initiated a romantic relationship years back.

Ivy Queen responded to Anuel’s message with a heartfelt note about her contribution to the genre on Twitter. “I made lots of sacrifices to build the foundation for a bridge that women walk on today. Always advocating for women’s unity and supporting new talent. I’m surprised by this disrespect. [I feel] total indignation!” On Instagram, she addressed the Real Hasta la Muerte artist directly, writing, “Do I have to remind you where I come from? Culicagao, you don’t want to mess with la reina!!!” 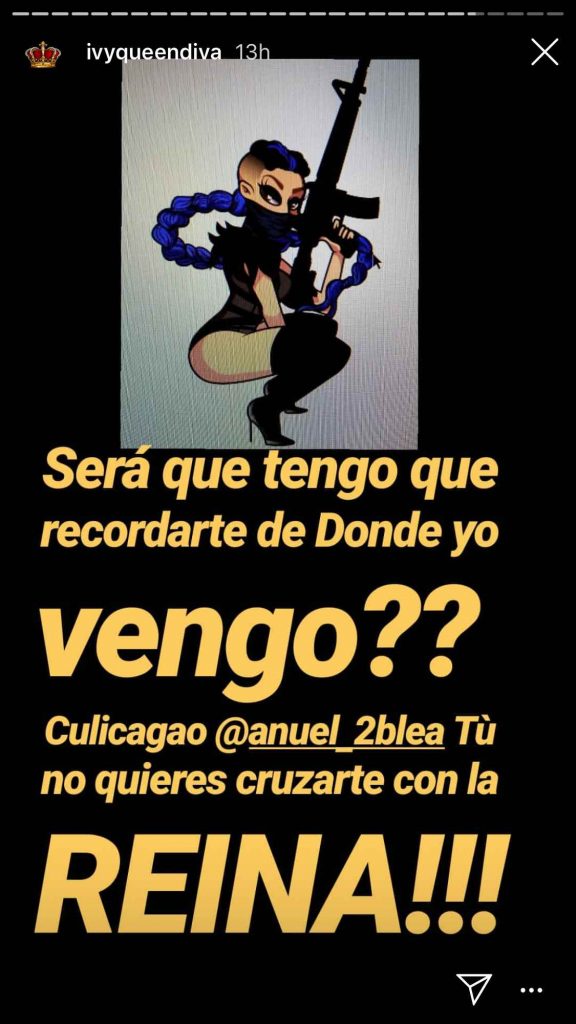 The controversy even drove Calle 13 alum Residente to speak out on the matter, asking both fans and artists of younger generations to “respect the people who have spent years doing this.”

Anuel AA has yet to respond to the criticism, but we’ll share any updates from the Boricua rapper here.